Designed by Santiago Calatrava in 2001 in Milwaukee, Wisconsin, USA. 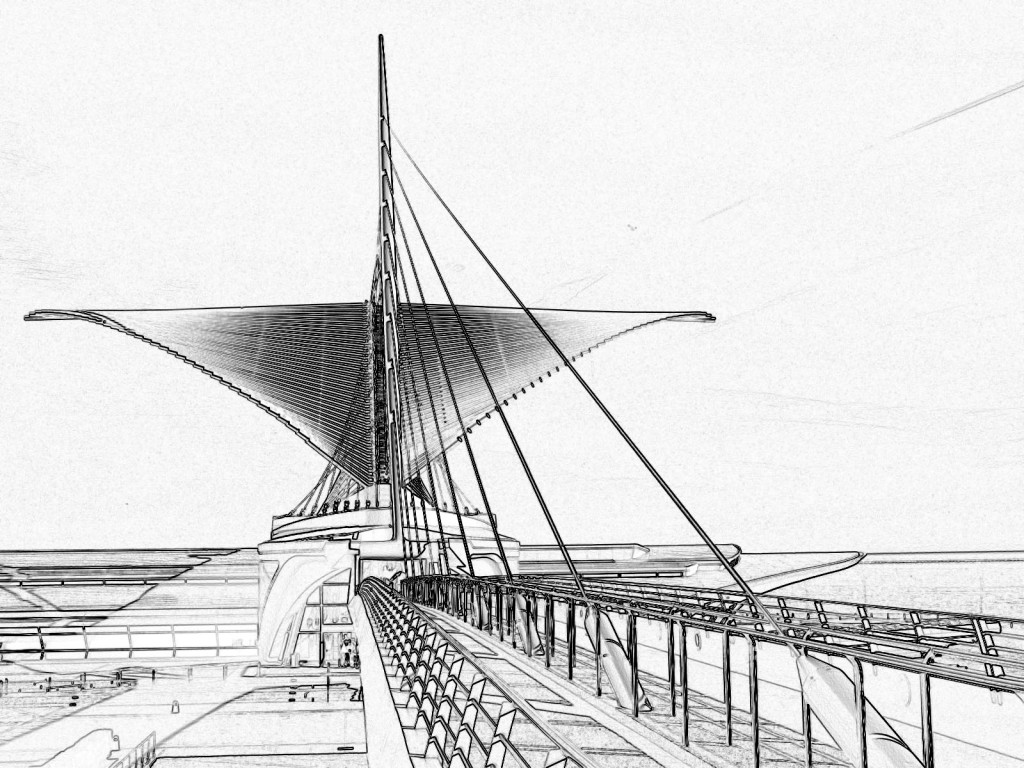 Once again, the Calatrava’s working method turns out to be a fascinating chimera. Once again it seems impossible to identify the genetic code of an architecture constantly hybridized by endless contamination. Whenever something interferes in the creative process and architecture becomes a vast territory to be explored. Even when it is the case of grafting a new extension onto an historical structure as the War Memorial Center, built in the second half of the fifties and designed by Eero Saarinen, architect of the second Modernism, and the Kahler Building, built in 1975 and designed by David Kahler. The addition of the Pavilion, for its extraordinary polysemy is a sort of three-dimensional musical composition with a score ranging from tonal to twelve-tone music. The Pavilion enjoys a prime location on the shore of Lake Michigan. In the very preliminary stages, Calatrava proposed the client to locate the Pavilion on the lakefront, at some distance from the War Memorial Center, thereby not coming in direct contact with the mighty, monochrome and imploded volume of the Memorial Center, while creating at the same time an element linking lake and the city.

Calatrava: “I had a client who wanted me to design the best possible architecture. The goal was to create something really great for the Milwaukee community. Thanks to this freedom, the project is fully in tune with the culture of the lake: the sailboats, the weather, the sense of movement and change. “

The construction of the new building combines two technologies: avant-garde solutions and tradition of artisan craftsmanship. The structural components were realized using a cast in-situ construction system, thus broadly reflecting the strong artisan tradition of the Milwaukee region. Planned as an astounding element of great symbolic intensity, the mobile screen placed on top of the Pavilion can be opened up to the width of 66 meters during the day and then close at night or in case of bad weather. The zoomorphic presence in the form of sperm whale skeleton, with its huge teeth, it is an added value in Pop key. AXIM (Italcementi Group) provided special admixtures for the concrete mix designs used on this challenging project . 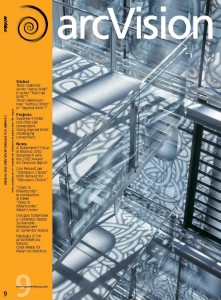 Drawings  of the project 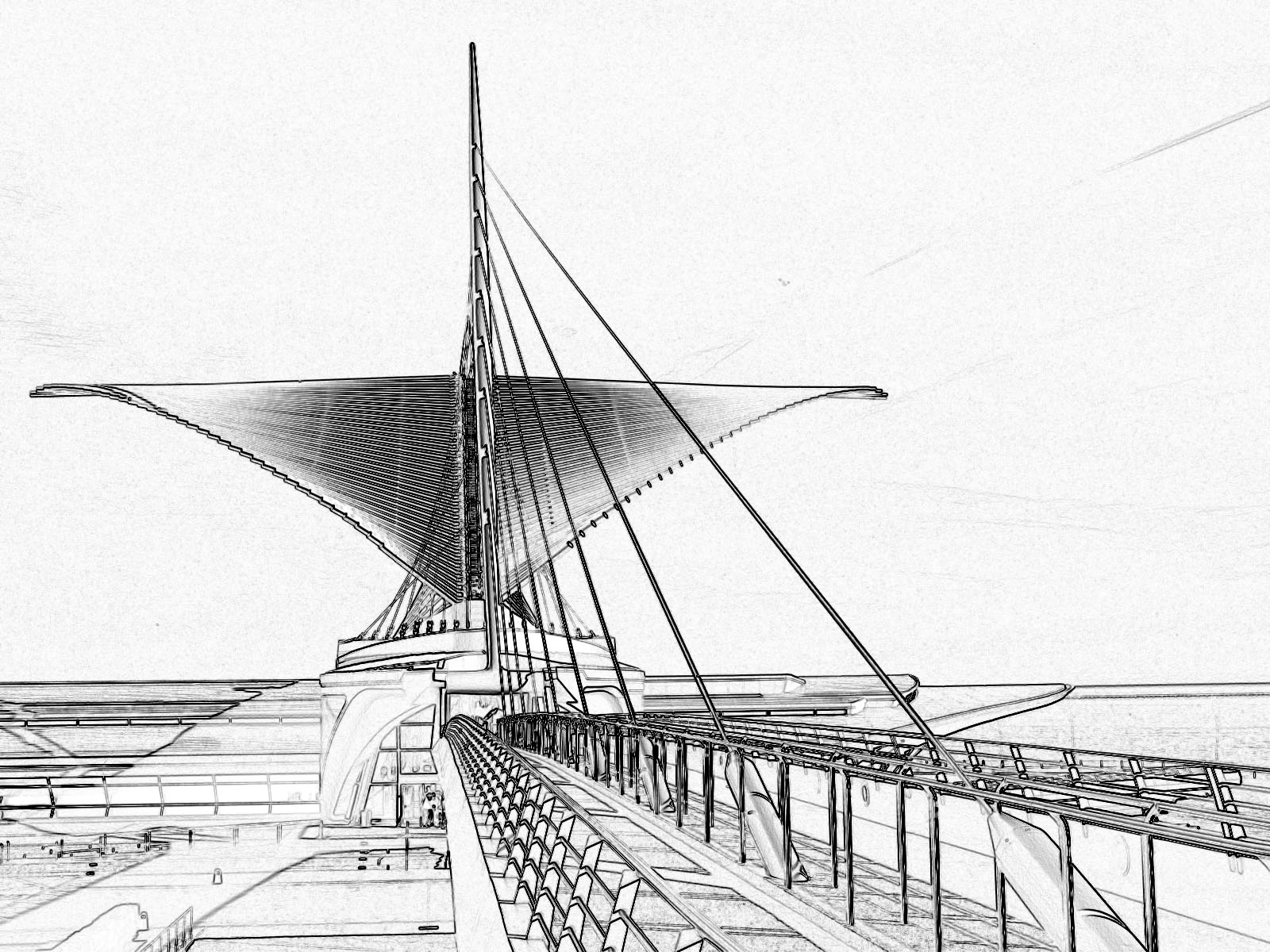 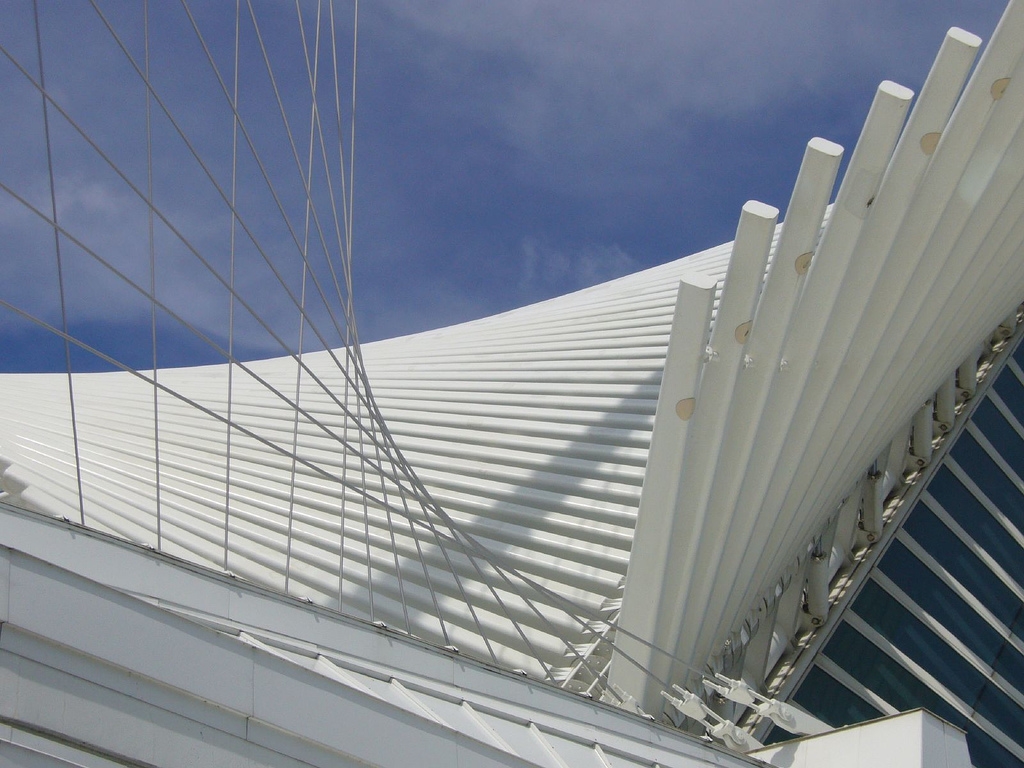