The world of the architect Izaskun Chinchilla presented on “Abitare”

lzaskun Chinchilla, Honorable Mention of the first edition of the arcVision Prize – Women and architecture, in 2013. A woman in her early forties with a studio in Madrid, is one of the most militant and Intransigent architects involved in the struggle for a city with an infrastructure and services that are able to reconcile the needs of all, and above all of women, who in many European countries still have great difficulties in balancing the requirements of family and work. 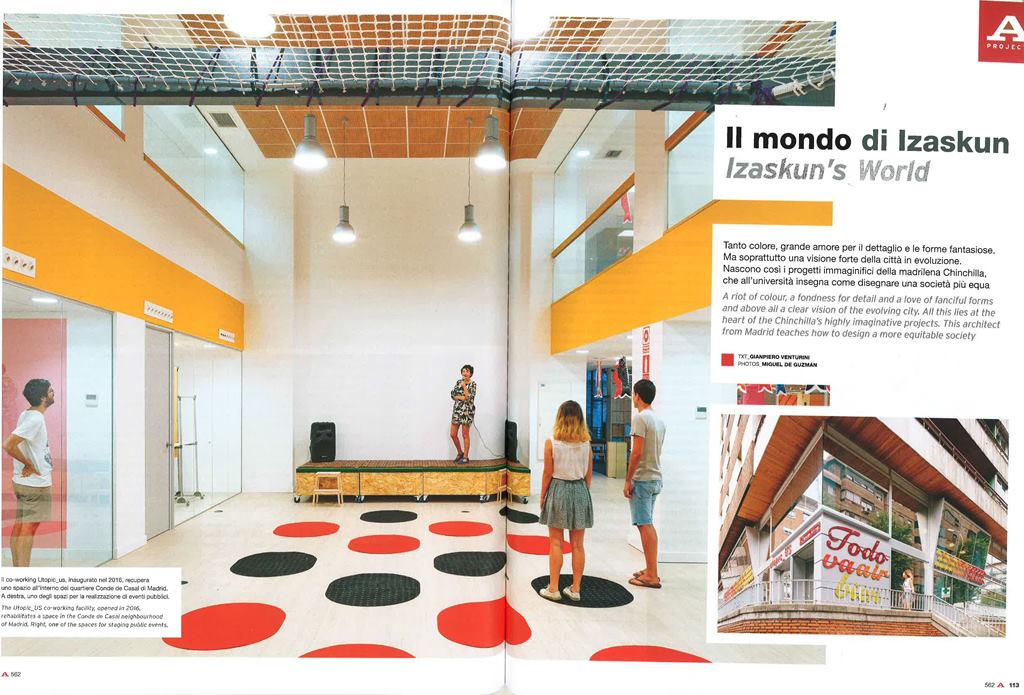 A riot of colour, a fondness for detail and a love of fanciful forms and above all a clear vision of the evolving city. Alf this lies at the heart of the Chinchilla’s highly imaginative projects. This architect from Madrid teaches how to design a more equitable society.

So the superficially fanciful and bizarre designs of this architect who is also a university lecturer always start out from very concrete premises. Last year she taught (together with her Spanish colleague Carlos Jimenez) the Women and Architecture course at the Bartlett Faculty of the Built Environment of University College London, an experience that arose out of the need to study and investigate the many forms of inequality that characterize the world of design.

« In universities women teachers make up little more than 5 per cent of the total number of professors, and many studies have shown that the teaching methods used in faculties of architecture have been devised for a predominantly male public. This cities end up reflecting this dominant culture. »

lzaskun Chinchilla for instance considers it a mistake to go on investing in cars instead of public transport, which, as it happens, is used mostly by women. 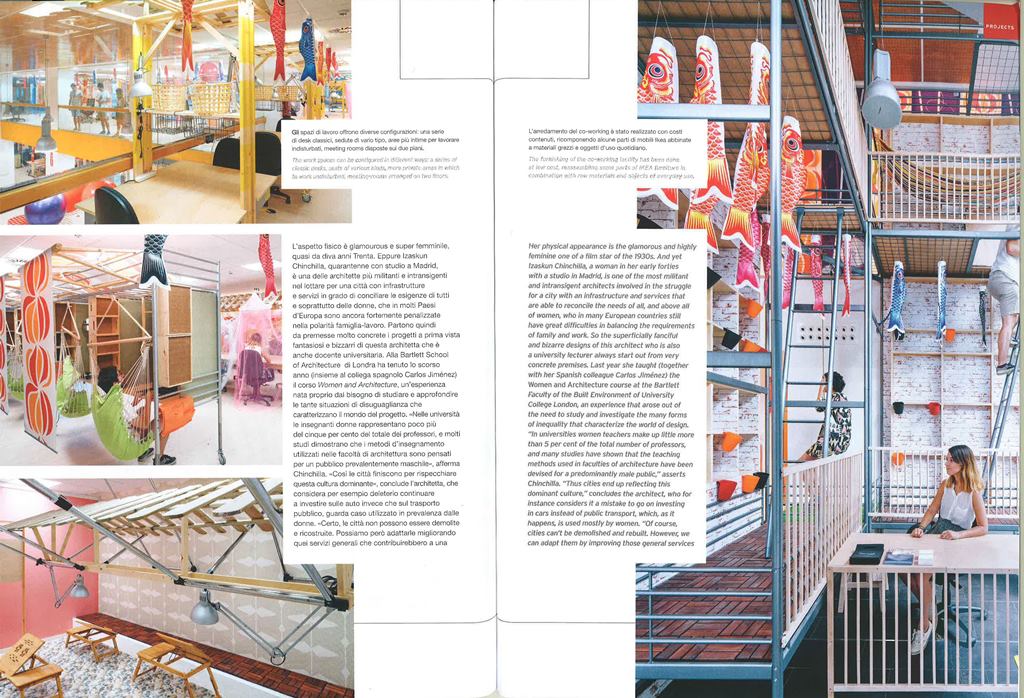 « Of course, cities can’t be demolished and rebuilt. However, we can adapt them by Improving those general services that would contribute to a greater equality of gender. »

Chinchilla’s vision also finds application and takes shape through her projects, which for the moment are small scale but also highly significant.

The most complex of these is undoubtedly the creation of a public media library in the spaces of the Garcimuñoz Castle in Cuenca, an intervention that utilizes ancient structures as the backdrop to a brightly coloured fitting out in a pop style that combines cinema, library and exhibition spaces, and has transformed what was basically a ruin into a cultural centre with many possible uses. 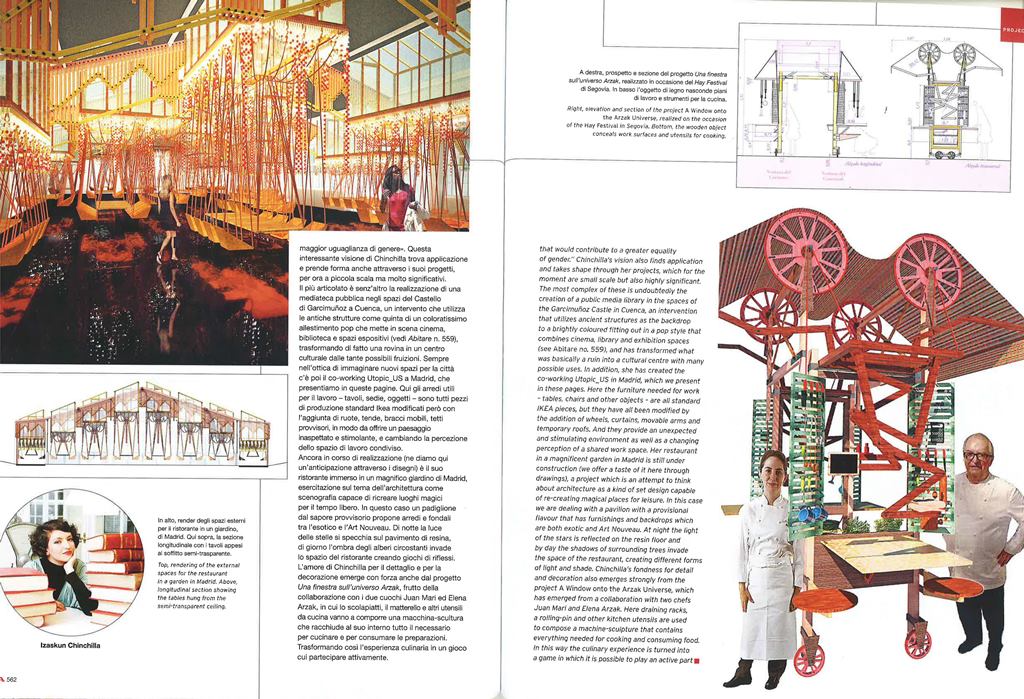 Special Mention in the first edition of the arcVision Prize Women and Architecture in 2013, graduated Architect from Universidad Politécnica de Madrid (Spain) in 2001. She has been running her own studio in Madrid since 2001. With a long and comprehensive experience in education, she is Senior Teaching Fellow and Researcher in Barlett School of Architecture (UCL London, UK). She has also taught at the Ecole Special (Paris, France) and at the HEAD University (Geneva, Switzerland). She was Studio Professor in the University of Alicante (Escuela de Arquitectura Universidad de Alicante) from 2002 to 2007. At present, she is teaching at  Madrid University (Escuela Técnica Superior de Arquitectura Universidad Politécnica de Madrid, Spain) and Instituto de Empresa (Madrid, Spain).

Her first completed project is the conversion of a medieval castle built on the remains of an Arab building into a public music and hybrid library. Given the nature of the isolated location, use of the castle will be diversified during the year, with a greater role for the outdoor areas in the summer: the structures created by this public project echo, in a highly modern register, the vertical impact of the surrounding medieval buildings, in an attempt to give a contemporary identity to a long-abandoned historic site. In a project for a private site, the Casa Carmena, Chinchilla’s expressive idiom is essentially developed through the surfaces and through decorative elements based on abstract patterns (inspired by the brushwork on an impressionist painting by Manet). 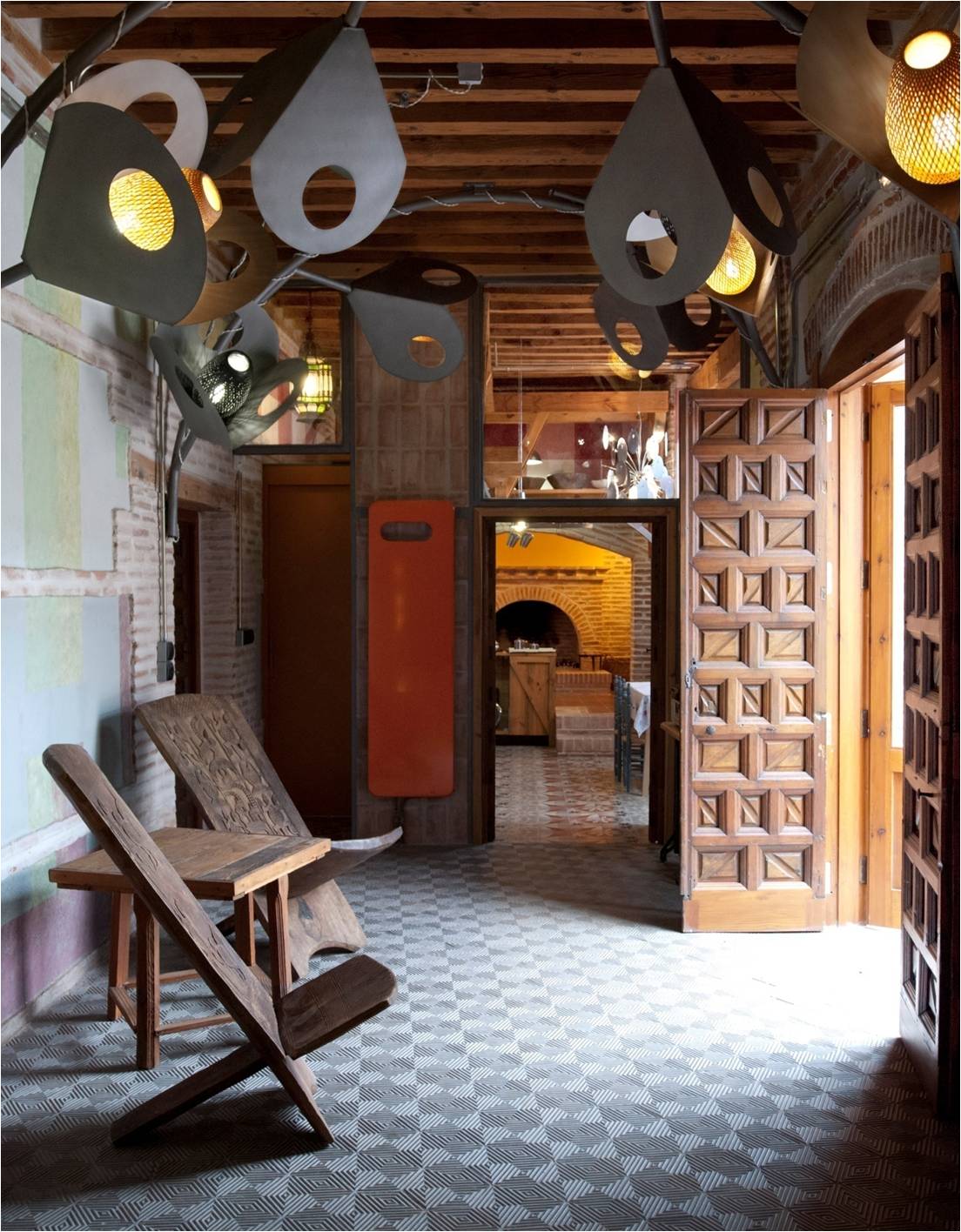