A reflection on the necessary changes in our lives’ places and time stems from the meeting between the arcVision Prize and WeWomenForExpo. Starting from suburbs and the redefinition of the role and identity of complex territories. 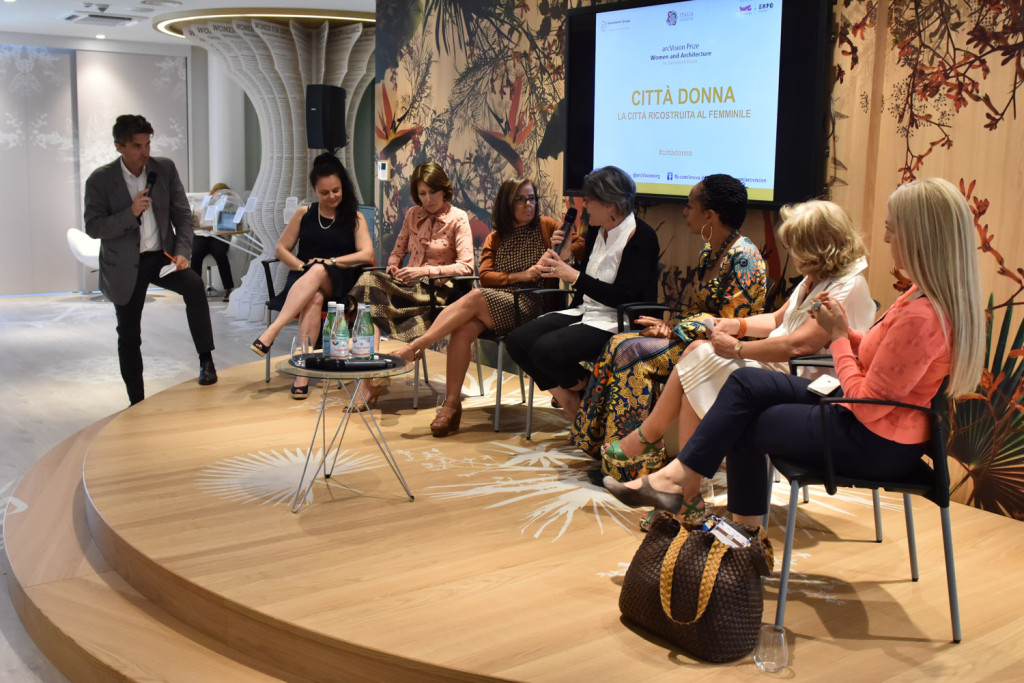 Expo Milano, July 2015 – This year arcVision Prize Women and Architecture, the International architecture prize created by Italcementi Group in 2013 with a view to promoting women who through their work introduce theoretical and practical project innovation into architecture with a special interpretation of social values, is complemented – on the occasion of the Universal Exhibition in Milan – by the cooperation with WE-Women for Expo, a project by Expo Milano 2015, stemming from the conviction that planet sustainability must go through a new alliance between food and culture and that women are the ones in charge of this new sight and new agreement for our future.

The conference Città donna. La città ricostruita al femminile. (A Female City. The city rebuilt in a feminine way) is the result of this partnership. «Thanks to the meeting between the arcVision Prize and WeWomenForExpo – explained Carlo Pesenti, CEO of Italcementi –, our reflection on the future of sustainable architecture is even more closely related with the enhancement of women’s role in society and with their point of view on the changes required in our lives’ places and time. This is how started our idea of a urban and social regeneration of our town and our territories. Women are not only able to give feeling and sensitivity to architecture: their imagination helps us to think and design towns which are easier to live in and which pay more attention to people’s needs; in a word, they are more human”.

This conference, presided over as a moderator by Walter Mariotti, saw the participation of Marta Dassù, Executive Chairman of WE Women for Expo. «I believe that an increasing number of women will deal with towns – she said -. A sustainable town must provide time and space for the lives of its inhabitants. Women are a fundamental part of the innovation process”.

Professor Emanuela Casti from the University of Bergamo presented the RIFO project that she developed in cooperation with Italcementi to rethink the town starting from urban regeneration: regenerating towns, more specifically their suburbs, by refurbishing obsolete buildings and recovering wastelands. «A new sight and a new agreement, that aim at an improved quality of life and habitat”.

Redefining the role and the identity of complex territories like Milan was the subject chiefly dealt with by Ada Lucia De Cesaris, Deputy Mayor of Milan, in her speech: «Developing a town requires a variety of techniques, but this must necessarily start from an analysis of needs in terms of living and habitat. The added value of a feminine vision is women’s ability to understand that a town is not something abstract and that the choices of its administrators have an impact on people’s lives”.

Architect Luisa Fontana, finalist of the 1st arcVision Prize Women and Architecture, underlined the importance of the contribution that women can give to urban development: “We must be brave enough to turn models upside down. Today it is more than ever necessary to have an approach and a sensitivity which are different from the rest of the world. As a designer, I feel the need to start from true needs, even the needs of the most underprivileged, especially when we design public areas”.

Lawyer Claudia Parzani widened the debate introducing the distortions caused by a mainly male way of designing towns which brings to a urban landscape that marginalizes and doesn’t take in due consideration the needs of different categories of citizens. “At times I happen to close my eyes and ask myself how I see my town. Milan is a “male” town. Women don’t have access to many opportunities yet. Luckily gender quotas have given women the possibility to be visible, imposing Italy as a true model from this point of view. In order to complete this path, we should reflect on what we would like to become tomorrow”.

“For women and not for females” is the choice made by Daniela Hamaui, chief editor of D, the women’s weekly magazine of La Repubblica. «When a woman becomes powerful, she tends to be over-performing. Women should learn how to manage power, by creating a different leadership and by redesigning towns starting from a feminine culture”.

Samia Nkrumah, a member of the arcVision Prize jury and Ambassador of WE Women for Expo, starting from her own experience as first female leader of a political party in Ghana, explained in her own words which levers should be used to promote change: “We need to work for the happiness of people living in towns, by creating wealth and well-being. Women are present whenever there is a big change, but they must increase their decision power”.

Also Maria Luisa Agnese, who is one of the authors contributing to the female collective blog “La 27esima ora”, underlined the importance of starting from small projects, without preconceptions. “Nobody liked “pink quotas” at the beginning, for instance, but now they have become smart. What matters is to have a vision”.

In the afternoon at Casa Corriere in EXPO, Luisa Fontana and Samia Nkrumah continued their reflections on the themes dealt with during the conference in an interview conducted by Maria Luisa Agnese. 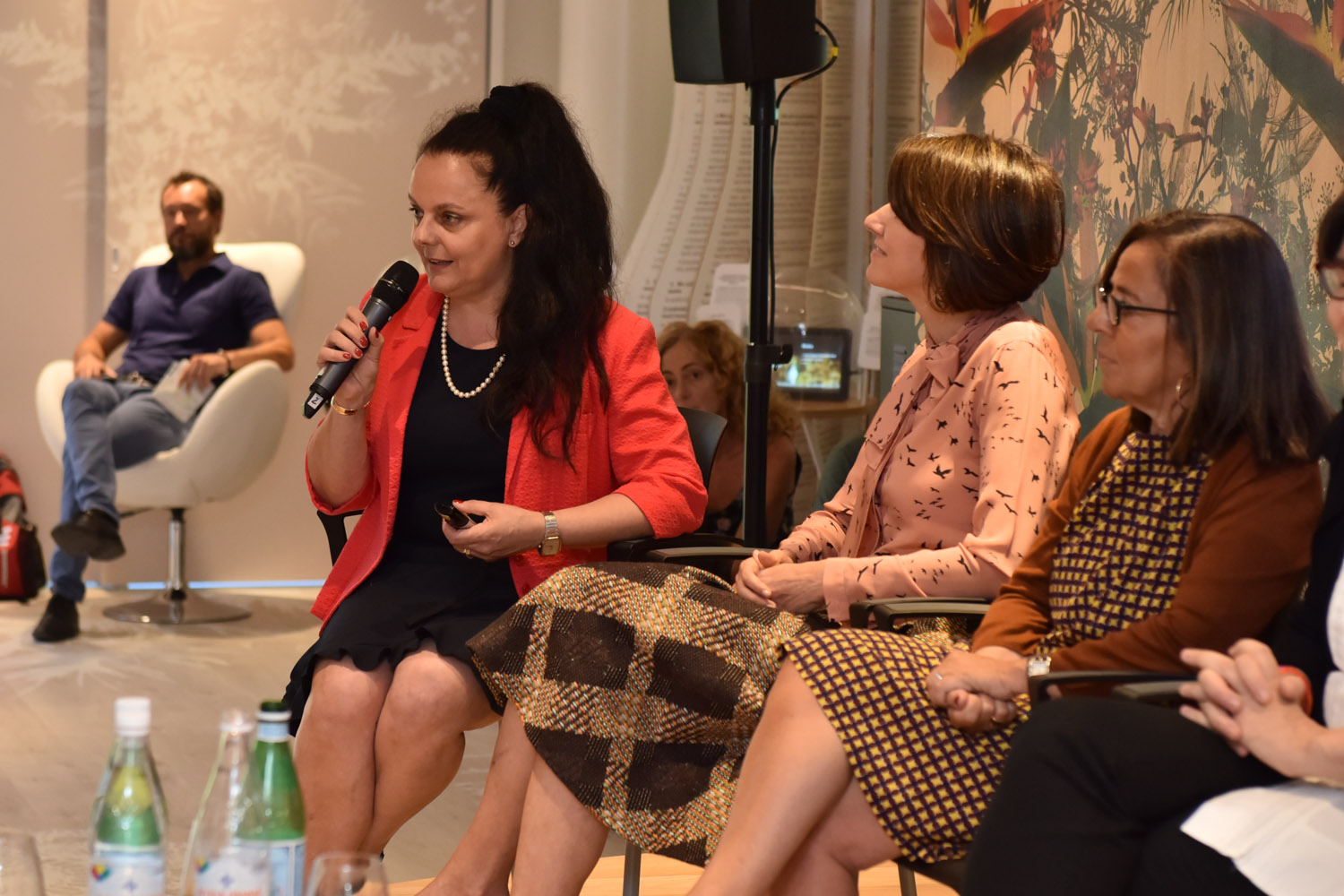