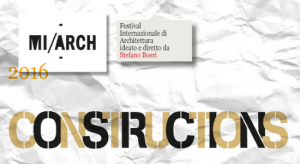 MI/ARCH, the International Festival of Architecture promoted by Politecnico di Milano, every year hosts a series of conferences, meetings and public events.

Its fourth edition started on 12th October and will explore until 15th October 2016 the architecture-engineering nexus through the particular perspective of construction processes: a series of emblematic stories concerning the construction of simple structures within the contemporary space. The aim is to explore the forms through which Architecture and Engineering techniques intersect or overlap, sometimes colliding other times cooperating fruitfully.

Architects and engineers, co-protagonist of the same construction story, talked about some of their projects that have been realized – buildings, landscapes, infrastructures, tools – highlighting the internal tensions experienced between Architecture techniques and Engineering branches. 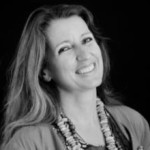