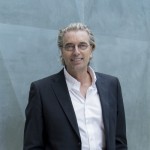 FOUNDER
Studio Nemesi
Michele Molè (Rome, 1964) founded Nemesi in 1997, of which he is also the Creative Director. Since 2008, he has been at the helm of “Nemesi&Partners”, an integrated architecture company that supports the design tasks of Nemesi, created in partnership with Susanna Tradati. He graduated in Architecture at “La Sapienza” University of Rome in 1993. In 1999, he achieved a PhD in “Theory of Contemporary Architecture” with the thesis “Il progetto della differenza: il significato nel progetto contemporaneo”. He was a “Design Laboratory” teacher at the “Ludovico Quaroni” and “Valle Giulia” Schools of Architecture “La Sapienza” University of Rome as well as at the ”University of Ferrara” School of Architecture. MicheleMolè coordinates the project team by personally following the different project phases. He regularly lectures at universities and cultural institutions. With the research and testing of new architectural languages, he has been presented with a number of awards including the Medal of Merit for Culture and Art of the Presidency of the Italian Republic. 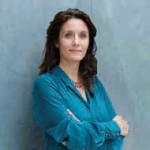 ASSOCIATE PARTNER
Studio Nemesi&Partners
Susanna Tradati (Brescia, 1974) graduated in Architecture at the “Politecnico diMilano” in 1999. She first began working with MicheleMolè in 2004 with Nemesi, and then, since 2008, as an associate partner of “Nemesi&Partners”. She has overseen the strategic and operational management of various projects, including theItalyPavilion at Milan Expo 2015. She holds the position of Head of Communications and External Relations, also with regard to internationalisation strategies.