“The arcVision Prize is quite unique” – Abitare

“The arcVision Prize – Women and Architecture is quite unique” on March 2017, Abitare, an amazing journey through the past editions. 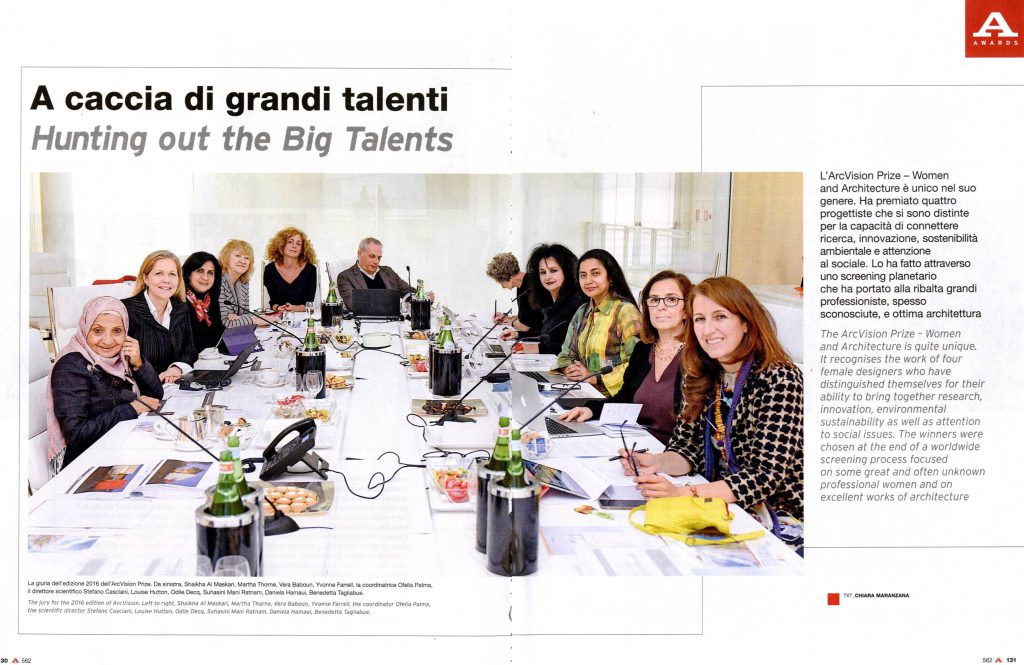 Why an architecture award for women?

« arcVision Prize – Women and Architecture is quite unique. It recognises the work of four female designers who have distinguished themselves for their ability to bring together research, innovation, environmental sustainability as well as attention to social issues. The winners were chosen at the end of a worldwide screening process focused on some great and often unknown professional women and on excellent works of architecture. »

Carla Juaçaba, winner of the first edition of the arcVision Prize, 2013

« They are competent, responsible and multidisciplinary, and can bring together environmental issues and technology, materials and form, style and efficiency. They operate in many different parts of the world, take innovative approaches to their work, develop relationships and bring new aesthetic and cultural values to architecture. They were tracked down across five continents by the advisors to the arcVision Prize […]  which spent four years examining the work of over 160 female designers. »

« …this is a panel of five female architects – Odile Decq, Yvonne Farrell (Grafton), Kazuyo Sejima (Sanaa) – who was replaced by Louise Hutton – Benedetta Tagliabue (EMBT) and Martha Thorne (director of the Pritzker Prize) – together with a number of “non-experts”: from the first edition Arab entrepreneur Shaikha Al Maskari, the mayor of Bethlehem Vera Baboun, and Samia Nkrumah, president of the Kwame Nkrumah pan-African centre and a Ghanaian political activist. French entrepreneur Victoire de Margerie was replaced in 2015 by Indian actress Suhasini Mani Ratnam, and in 2016 Italian journalist Daniela Hamaui joined the panel. »

« This unique award is now entering a new phase. […] it has been taken over by Fondazione Pesenti along with various other initiatives. What this will mean is not known, but it would be a great pity if it did not have a future. » 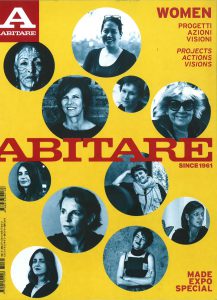