Wang Shu: From Research to Design. Selected architects from Tongji University of Shanghai is an exhibition of projects of Chinese architects which stands as an active reflection on the role of the designer and his works aiming at the wide dissemination in Italy and abroad of a wealth of new ideas in architectural and design practice, along with periodic tests on the status of the Italian architectural production, its addresses, its problems and its new actors.

Theoretical research in architecture and design as well as in building construction practices finds fertile ground in any contemporary China but particularly in the city of Shanghai, which is the center of gravity of the debate on architectural urban development thanks to the cultural environment linked to Tongji University .

Tongji University, with which the Degree Course in Engineering/Architecture from the University of Pavia has signed important agreements such as the Double Degree Program in Building Engineering and Architecture for the exchange of students and faculty and the mutual recognition of diploma, form designers and architects – even from Pavia – capable of showing the world the high quality of contemporary Chinese architecture on issues such as context integration, detail attention, innovative materials, sustainable development as evidenced by the buildings of Expo 2010 and some projects in Shanghai.

The recent awarding of 2012 Pritzker Prize, considered the Nobel Prize for Architecture, to Chinese architect Wang Shu was an opportunity for a more thorough insight into this reality and a disciplinary reflection illustrated by the selection of projects of twenty-seven Chinese architects formed at Tongji University in Shanghai .

The exhibition opened on September 4, 2012, after a lecture by Wang Shu, introduced by Professor Zheng Shiling (Member of The Chinese Academy of Sciences) , with a presentation by Prof. Angelo Bugatti (President of the Degree Course in Civil Engineering / Architecture from the University of Pavia) and Claudio De Albertis , President of Triennale di Milano.

Lecture by Wang Shu, 2012 Pritzker Prize
Introduction by Prof. Zheng Shiling (Member of The Chinese Academy of Sciences), with the presentation of Prof. Angelo Bugatti (President of the Degree Course in Civil Engineering / Architecture from the University of Pavia ) and Claudio De Albertis, President of Triennale di Milano.

Biography
Born in 1963, Wang Shu received his Masters degree in architecture in 1988. Ph.D. at Tongji University from 1995 to 2000. In 1997 he founded “Amateur Architecture Studio” in Hangzhou. His projects, marked by attention to environment and tradition, have been the subject of major exhibitions and international awards including the Special Mention at the 12th Venice Biennale (2010) and the Gold Medal of the Academie d’architecture in France (2011). Parallel to his career as a designer, he carries out academic activities both in China and abroad, particularly in the United States. He was awarded the 2012 Pritzker Architecture Prize, conferred in Beijing on May 25, 2012. 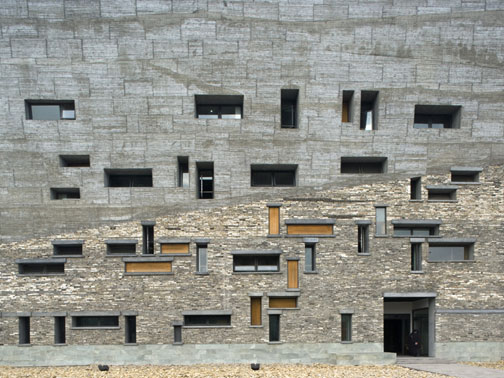 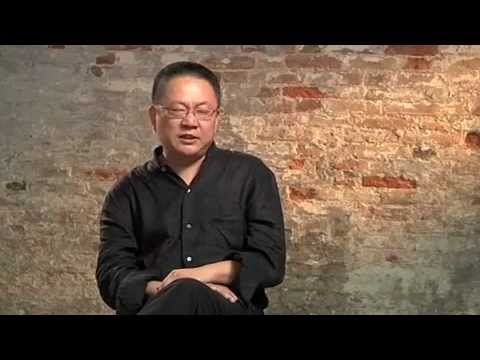