The book, which recounts the Italian Pavilion architectural design and construction, is curated by Luca Molinari with Nemesi and published by Skira. 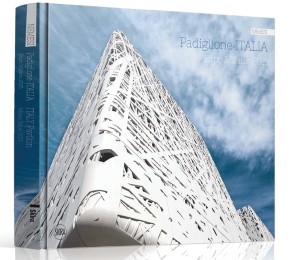 Purpose of the volume is to show the Italian Pavilion from the competition to the project, with a focus on technology, innovation and sustainability in terms of design and construction, to get to the completion of construction works. The story is told through texts and the photographic documentation of the construction site by Luigi Filetici. The book was realized with the collaboration of design partners, Proger SpA, BMS Progetti Srl, Prof. Eng. Livio De Santoli as well as the companies involved in the realization of the Italy Pavilion: Italcementi SpA, Styl-Comp Group, Stahlbau Pichler Srl.

“In April of 2013, sixty eight professional studios presented their proposals for the new Italian Pavilion, participating in one of the very few open international competitions announced for Expo 2015. The request was to design the main building and a series of structures situated around the Cardo, that would function as an entrance wing to the pavilion of the organizing country of this important event. The entire system called for approximately 27,000 square meters of constructed area, more than half of which would remain after the end of October, as a memento of the Expo and also as the hub of a system of public spaces and green areas that would be the true collective memory and the basis upon which to completely rethink this new portion of the city.

The winning group presented itself from the outset with a very well structured work team: the Nemesi architectural studio, the Proger group which, along with subsidiary BMS, was responsible for the overall project management and structural engineering, and Livio de Santoli, who handled the environmental and energy strategy. I am certain that, apart from the great impact of the images evoked by the drawings, a central factor in the jury’s choice was the fact that the winning proposal was conceived from the start as a complex and layered system to be developed by a group of consolidated technical skills that would ensure maximum quality in a very tight planning and construction schedule.

In the competition panels, large renderings were accompanied by fire engineering simulations, energy and environmental models, chrono-programs, structural simulations and visitors’ traffic flow projections, which made it clear that the “machinery” of the Italy Pavilion needed to be immediately framed in a sophisticated systematic plan that would hold up until the day of its inauguration. Another decisive element that had the power to give substance and meaning to the project was certainly the energy strategy underlying the proposal, and which had the ambition of transforming the pavilion into a veritable environmental laboratory, capable of guiding the development of future efficiency regulations for a new architecture in Italy. Indeed, the building was conceived as an integrated energy system based not on traditional thermal insulation but on an innovative osmotic principle of accumulation and utilization of energy, whereby the choice of materials and the organization of the main spaces work together to achieve a renewable energy quota of 70% of the entire energy needs of the building. The initial decision to use an extensive photovoltaic system, combined with a design of the internal “piazza” that would interact with the natural movement of air, allowing a reduction of 2-3 degrees, depending on the season, generated a radical environmental performance that went far beyond the legal requirement of 50% and the average 35% currently in use in buildings of recent construction in our country.”

“Curiosity and amazement will be very important aspects of the experience of the Italian Pavilion, and they will be generated mainly by the continuous relationship with the public spaces that are the true narrative element of the building. Contributing to all this will be the design of the exterior and interior façades of this building conceived by Nemesi as a ‘natural object’, the abstract materialization of a relationship with an idea of an increasingly complex Nature, synthesized by the panels in an innovative reinforced concrete that clad the main structure.

The final ‘skin’ of the Italian Pavilion also becomes, in addition to one of the most clear and powerful linguistic signifiers of the Expo, the most interesting image of how this building came to be one of the most important construction laboratories for recounting the excellence of the Italian production chain. Every 4 x 4 meters panel has a different façade design, which necessitated an even more sophisticated construction system. The biodynamic cement was supplied by Italcementi, who thanks to their commitment to research and innovation realized a material which is innovative, sustainable and unique in terms of properties and characteristics. The panels were realized by Styl-Comp, which invested in a customized production system that would allow quality control of every single element. The dry mounting on site was done by applying the panels to an underlying steel structure that allows a complete view of the façade while hiding the retractable joints. We find the same manufacturing quality in the roof system of the central courtyard and building, thanks to the work of Stahlbau Pichler, who had to resolve the numerous problems of curvature and assembly of the individual glass panels that cover the entire upper level of the pavilion like a soft, transparent mantle.”

The entire outer surface and part of the interiors of the Italian Pavilion will consist of i.active BIODYNAMIC cement panels, new material developed at i.lab, the heart of Italcementi’s research and innovation. The product’s name is a summary of its innovative characteristics. The “bio” component is given by the product’s photocatalytic properties, originating from the active ingredient TX Active, patented by Italcementi. The “dynamic” component is a specific characteristic of the new material, whose particular fluidity allows the creation of complex shapes like those found in the panels.

“We had never taken it this far before,” says Enrico Borgarello [Director of Research and Innovation Italcementi]. “We were there providing suggestions for building the formworks, we intervened on the modification of the cement injection pumps. You could say that we were the protagonists of this network, offering a new and innovative way of building. Palazzo Italia is a unique work of architecture. Every component was designed artisanally and built industrially,overturning all the rules.” Indeed, beholding the luminous forest that envelops the Italian Pavilion, one sees all the creativity, beauty and ingenuity of the Bel Paese. “The purity of the façade that reaches up to embrace the sky is the best possible backdrop for projecting the dream of the best of Made in Italy, which will find its ideal home inside Palazzo Italia. Because no one would have ever imagined that this building that looks like a forest, apparently so lightweight, could be realized with the solidity of concrete, with panels that weigh between one and four tons each. But that’s just where the secret lies: believing in a dream and working hard to make it come true.” 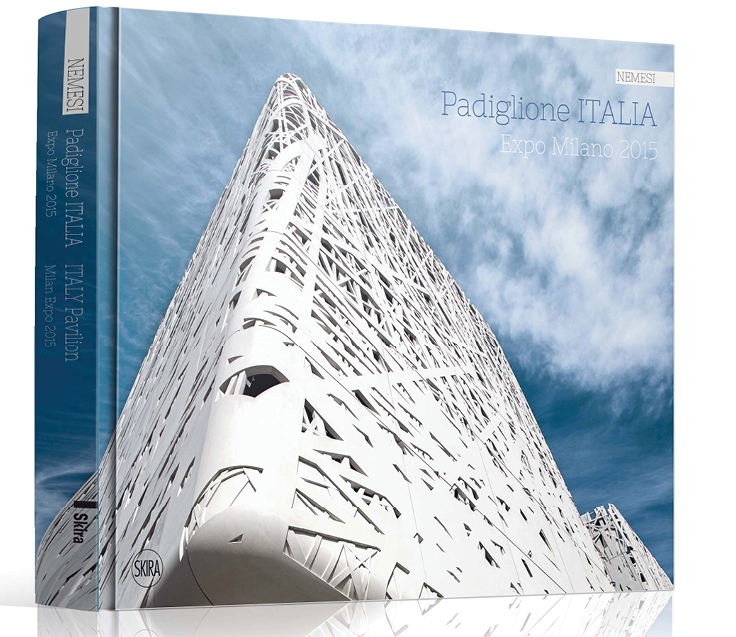 arcVision book is part of wider cultural program centered around arcVision, the magazine published since 1997 to create closer ties between corporate culture and architectural culture.

Over the years, the program has produced books, a special portal, international exhibitions and conferences dealing with architectural materials, structures, technologies and systems.