The all-female Jury is composed of architects and professionals from different fields, with a broad background of knowledge in promoting a new cultural geography where the innovative work of the designers is expected to converge. 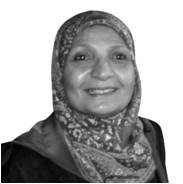 Dr. Shaikha Al Maskari is a Board Member of Arab International Women’s Forum (AIWF), an unique network linking Arab women with their international counterparts, which serves as the voice of Arab women and has received international recognition as a powerful advocate of women in business and for its growing role to promote and advance legislative rights for the participation of Arab women. She was awarded The Best Woman Entrepreneur of 2012 by MENA/Am/Cham and the prestigious Falcon Award for promoting UAE-US Trade relations by Am/Cham Abu Dhabi. Dr. Shaikha Al Maskari is the Chairperson of Al Maskari Holding, AMH, of Tricon Group and of Johnson Controls & Global Communications, JCGC. Shaikha set up her family charity, United Mercy Foundation (presently operated under AMH) which sponsors orphans, provides food, medical and emergency relief in the Middle East, Africa and Asia. In 2006 she co-founded the Diyar Bakir micro-credit project in Turkey, which has since launched over 38,000 entrepreneurs. In 2010, Shaikha formed “Global Social Empowerment Alliance, GSEA”, to drive transformation of family/social mind sets to raise children on C4 (Confidence, Conscience, Compassion and Collaboration) for human sustainability through good global citizenship (with cross-ethnic, cross-cultural and interfaith harmonious co-existence).

Vera Baboun was elected in October 2012 as the first female mayor of the city of Bethlem, becoming a symbol of the process to shake up a society where men are still used to make the laws and do the deals. As a Mayor, her commitment is also to improve services and promote the tourism potential of the town where the Bible says Christ was born. Prior to her election, she was headmistress of the Roman Catholic High School in Beit Sahour and was an English literature lecturer at Bethlem University, where she was also the Dean of student affairs. She is the chairperson of the Board of Directors for Guidance and Training Centre for Family and Children at GENDER (Gender Research Africa and Middle East) and she is highly active in advocating gender awareness where she lectures and gives training on gender issues for a considerable number of social NGOs. “Though women should always be the primary defenders of their rights,” Baboun says, “change will only be realized when men join in too.”

A leading exponent of the avant-garde architecture community, Decq founded the ODBC firm with Benoît Cornette, with whom she worked until his premature death in 1998. In 1990 they designed the Banque Populaire de l’Ouest in Rennes, a building that won a number of awards and made Decq and Cornette internationally famous. Their work was crowned with the Leone d’Oro at the Venice Architecture Biennale in 1996. On Cornette’s death, Odile Decq remained alone at the helm of ODBC. She has consolidated her international profile with the success of the project for the MACRO contemporary art museum in Rome, opened in May 2010. Decq has received many important awards and is actively involved in teaching (Ecole Spéciale d’Architecture in Paris, which she headed until 2012). She is a visiting professor at a number of international universities, including Columbia University in New York.

An internationally acknowledged expert in Corporate Governance, Victoire de Margerie graduated from the Ecole des Hautes Etudes Commerciales de Paris, completed a doctorate in Sciences de Gestion at the Université de Paris 2 and built up extensive professional experience in the field, beginning her managerial career at an early age in industrial production. At 29 she was already head of a German company with 60 employees: subsequently she held management posts in international companies including Arkema, Carnaud Metalbox and Pechiney. From 2003 to 2011 she lectured in Strategic Management at the Grenoble Business School, and is a visiting professor at the Nyenrode School of Management in the Netherlands. Since 2008 she has been Chairperson and key shareholder of Rondol Technology in the UK. Today she is also a member of the Board of Directors of Arkema (France), Eurazeo (France), Norsk Hydro (Norway) and Morgan Crucible (UK). She was a director of Ciments Français from 2006 to 2012.

The founder, together with Shelley McNamara, of Grafton Architects, which began operations in Dublin in 1977, Yvonne Farrell achieved international fame with the design and construction of the spectacular new location of the Bocconi University in Milan, completed in 2008. Farrell and McNamara began as house designers, experimenting with a sophisticated take on European modernism, but gradually moved toward high-profile public buildings (the Solstice Art Center, 2006; the Office of Public Works, Dublin 2008), which have become important meeting places for local residents. They have received many awards for their work (Building of the Year 2008, for the new Bocconi location), as well as the Leone d’Argento at the Venice Architecture Biennale in 2012. Yvonne Farrell also teaches, at the Accademia di Architettura in Mendrisio and the Harvard Graduate School of Design. At Grafton Architects, she is currently working on the project for the new UTEC university campus in Lima, Peru.

Samia Nkrumah (born June 23, 1960), President of the Kwame Nkrumah Panafrican Center, is a Ghanaian politician and Chairwoman of the Convention People’s Party, the first female to chair a major political party in Ghana.
She is the daughter of Ghana’s first president, Kwame Nkrumah, and his Egyptian wife Fathia Rizk. In an article entitled “The new Mandela is a woman”, the prestigious Huffington Post analyzes her impact on Ghanaian and African politics. She is one of the founders of Africa Must Unite, which aims to promote Kwame Nkrumah’s vision and political culture. She is married to Michele Melega, an Italian-Danish man. Samia and Michele have a son, Kwame Thomas Melega.

Winner of the Pritzker Prize in 2010 and director of the Venice Architecture Biennale the same year, Kazuyo Sejima has achieved global fame in a career that began in the mid-1980s. After working with Toyo Ito (the “master” she named during the Pritzker Prize presentation ceremony), she opened a studio in Tokyo in 1987, working on public buildings with a highly innovative approach that combines traditional modernist materials with sophisticated variations on surfaces (Pachinko Parlor, Ibaraki 1993/96; Choju Police Station, 1994), which brought her to the attention of international critics. In 1995 she joined Ryue Nishizawa (Kanagawa, 1996) to found the SANAA studio, engaged for projects that have since become icons of contemporary architecture, like the New Museum of New York (2007) and the Rolex Learning Center at Lausanne Polytechnic (2010). In 2012 SANAA won the international tender for the New Campus for the Bocconi University in Milan, which will be its first project in Italy.

Benedetta Tagliabue has worked in Barcelona for many years, and represents a new generation of internationally trained Italian architects who continue their careers outside Italy. After graduating in architecture in Venice in 1989 and working in New York, in 1991 she joined Enric Miralles (1955-2000), with whom she founded the EMBT firm in 1993. With Miralles, who had already made a name for his innovative approach and irreverent attitude to tradition, she worked on a number of projects of great interest, including the Santa Caterina market rehabilitation (Barcelona, 1996/2004) and the new Scottish Parliament in Edinburgh (2000/2005). Despite the controversy over the latter building, Tagliabue successfully completed its construction alone, after Miralles’ premature death. Since then she has won many prestigious awards (RIBA Stirling Prize, 2005) and been engaged for top projects including the Spanish Pavilion at Expo 2010 in Shanghai and the Hafencity public space project in Hamburg, a 150,000 m2 area due for completion in 2015.

Better known as Executive Director of the Pritzker Prize (the prestigious annual international architecture prize), Martha Thorne is also active in education and communication. After graduating in Town Planning from Pennsylvania University and economic studies from the London School of Economics, she worked as Associate Curator at the Architecture Department of the Chicago Art Institute from 1996 to 2005: in 2005 she was named Executive Director of the Pritzker Prize. With the IE School of Architecture in Madrid/Segovia, where she has been Associate Dean since 2009, in addition to her activities in communication and external relations, Thorne coordinates a large network of architecture schools and universities, organizing congresses and conferences on the profession and on the training of architects (International Architectural Education Summit, 2011).