2013 FuoriSalone (9-14 April), a series of events organized in different locations of Milan during the Design Week, was the occasion to appreciate last creation made with the creative mortar i.design EFFIX. Some prototypes of chairs and tables designed by the Polish designer Mac Stopa, in collaboration with Italcementi, were on display in the courtyards of the State University of Milan.

The coloured pieces of furniture, that will be present also at i.lab, Italcementi Group Research and Innovation centre in Bergamo, have been made using i.design EFFIX , the innovative ultra-high performance mortar that combines the strenght and durability of a traditional cementitious material with the workability of a plastic material. It is intended for the creation of non-structural elements for interiors and exteriors, urban sites, lamps, furnishings and accessories for designer kitchens and bathrooms, works of art and jewelry. 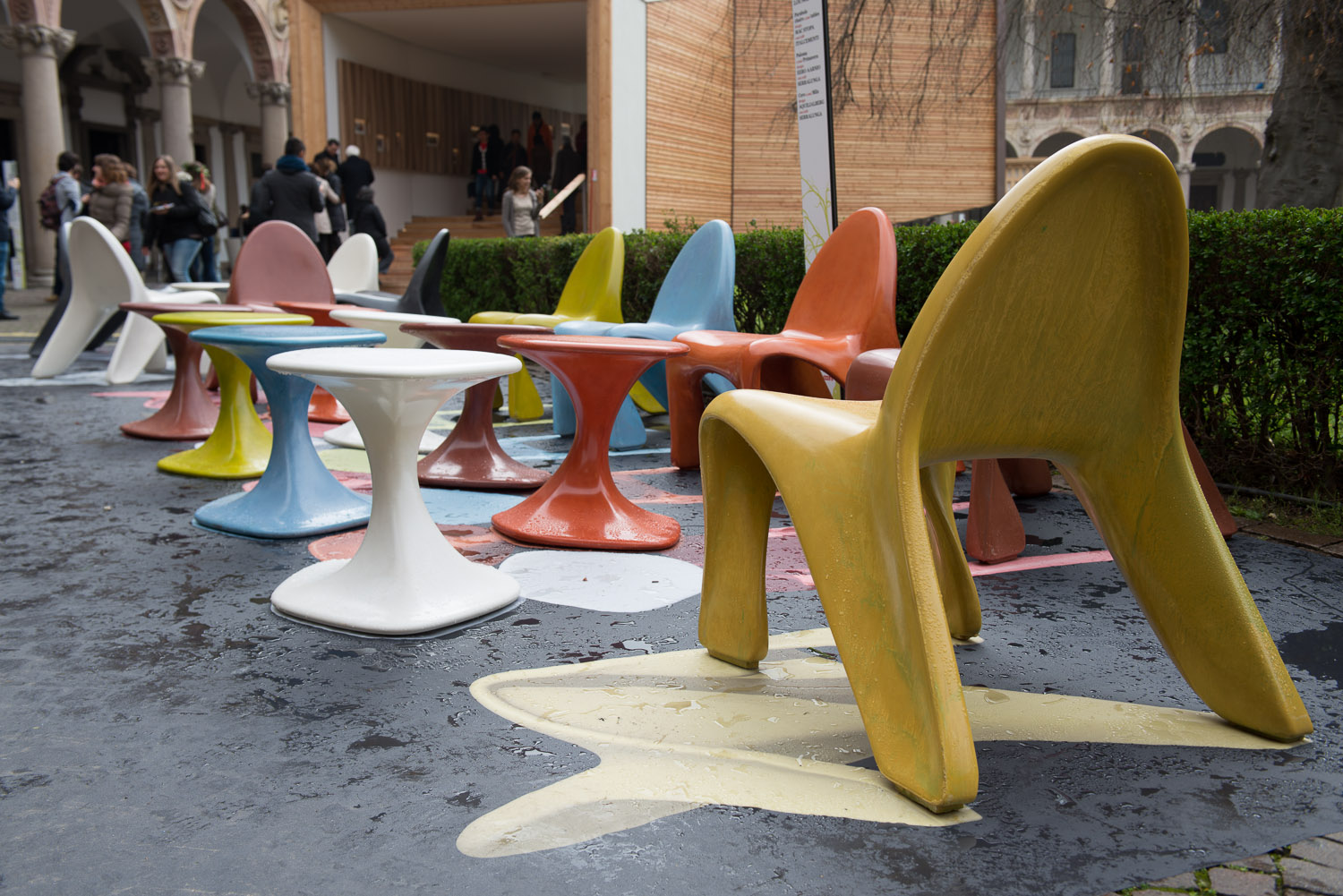