At  the end of April 2015, the last panel of Palazzo Italia has been laid thanks to the commitment of hundreds people, concluding in this way the construction of the iconic heart of the Italian Pavilion at Expo 2015. 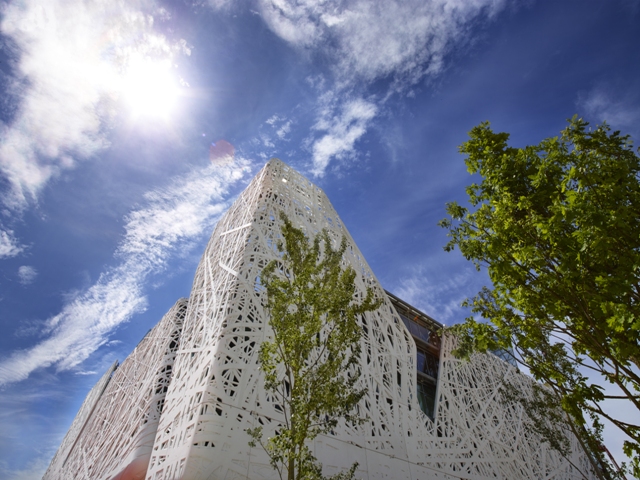 Italcementi has provided two thousand tons of biodynamic cement  to build 750 panels, both flat and curved, all with a different design. Each panel – sized about 4×4,2 meters – was assembled to create the outer surface texture, which recalls the shapes of a “petrified forest”, for more than 9 thousand square meters.

This innovative material was developed by 15 researchers at i.lab, Italcementi Innovation Centre in Bergamo, totalling 12,500 research hours. This product, known as i.active BIODYNAMIC is photocatalytic, as it helps to reduced pollutants in the air.

The “bio” component is given by the product’s photocatalytic properties, originating from the active principle TX Active, patented by Italcementi. In direct sunlight, the active principle contained in the material “captures” certain pollutants present in the air and converts them into inert salts, helping to purify the atmosphere from smog. Additionally, the mortar is made from 80% recycled aggregates, part of which consist of scraps from the cutting of Carrara marble, and therefore provide a superior brilliance compared to traditional white cements. The “dynamic” component is a specific characteristic of the new material, whose particular fluidity allows the creation of complex shapes like those found in the Palazzo Italia panels.

«The 2015 Universal Exposition is a great opportunity for a general relaunch of Italy; it will be an occasion for our Country to showcase its excellence in a vast array of fields, from manufacturing to technology and science” said Diana Bracco, President of Expo 2015 and Commissioner for the Italian Pavilion. The realization of this architectural narrative, designed by Nemesi & Partners in collaboration with Proger, BMS Progetti and Livio De Santoli, was entrusted to Italian companies, like Italcementi, capable of meeting this challenge.” As Diana Bracco remarked, “As home of the hosting country, Palazzo Italia will be the heart of the entire exhibition site, and the whiteness of its biodynamic cement branches will remain in the future as the icon of the 2015 Universal Exposition».

Italcementi already contributed with its research and know-how to the development of innovative building materials at 2010 Expo Shanghai, with the transparent cement used for the realization of the Italian pavilion, which is nowadays used for exhibitions and events dedicated to Italian design. «From the silver medal at the 1867 Universal Exposition in Paris, through the international success of the Italian Pavilion, symbol of the Shanghai Expo 2010, to the new biodynamic cement that will characterize Palazzo Italia at the Milan Expo 2015: Italcementi is once again a key player in a Universal Exposition thanks to its innovative products “– said Carlo Pesenti, CEO of Italcementi Group. “By providing materials for the realization of the architectural and engineering quality that our Country is able to express, our performance and solutions have contributed to the creation of the symbol buildings of several Expos. From Paris to Shanghai to Milan, Italian research wins again». 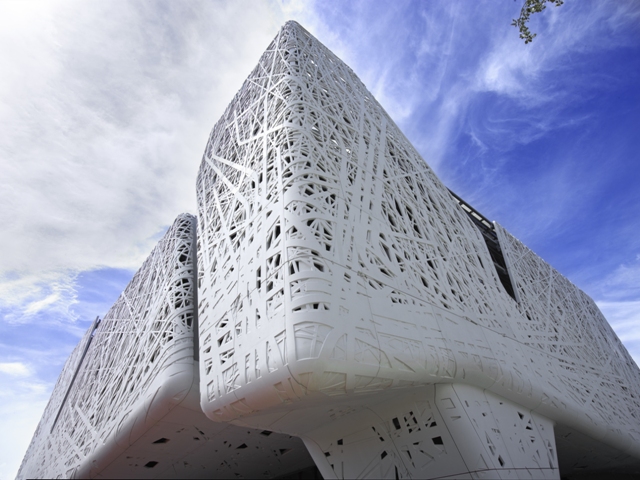