“Architects. Not Architecture” with Odile Decq and Laura Fogarasi Ludloff

Save the date
“Architects. Not Architecture”.
The personality behind the big names. Convestations without the myths 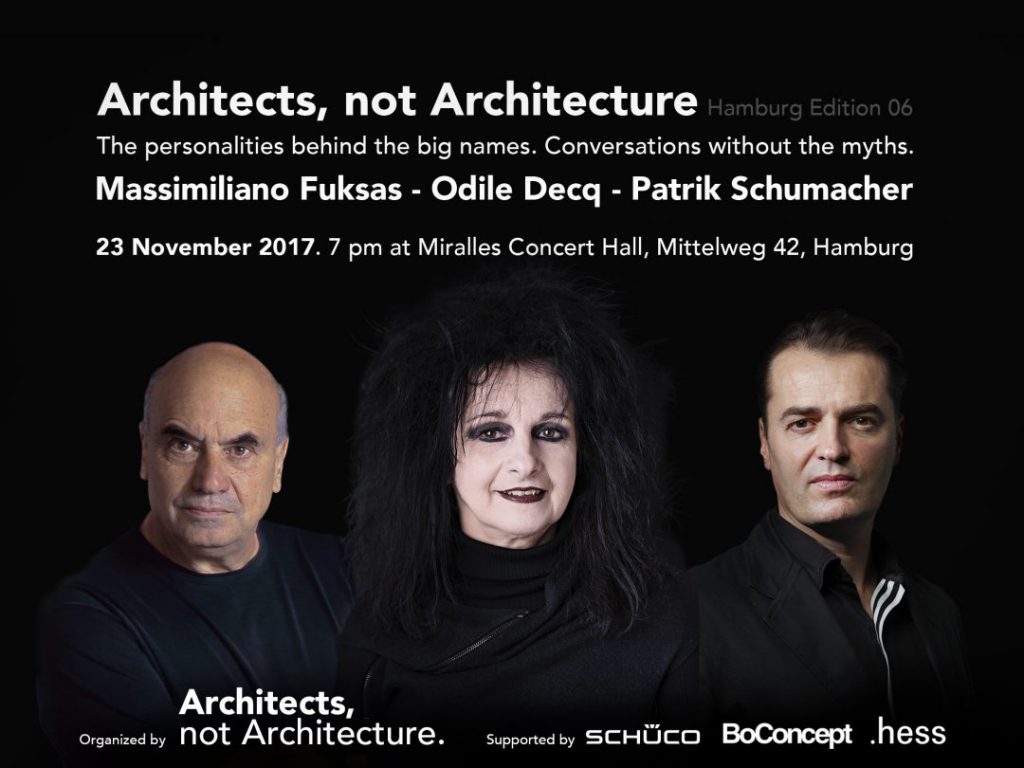 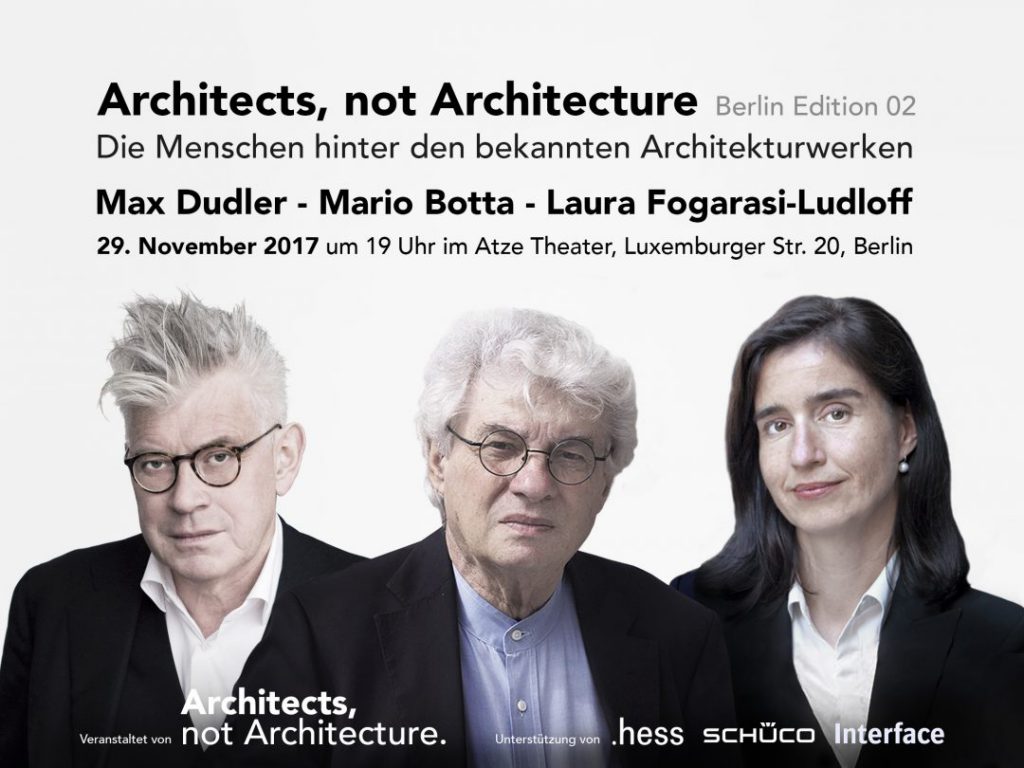 “Architects. Not Architecture” Conversations without myth.

Everyone knows the projects of today’s famous architects, but has little knowledge about the personality, the career and the choices of these “myths”.

A cycle of conferences that every year involves – in several German cities from Berlin to Hamburg, from Stuttgart to Düsseldorf – the great names of architecture, investigating what is beyond the myth, while originally facing several aspects of the personality of the protagonists.

The past editions were in Monaco, March 2017, with Anna Heringer and Hamburg, November 2016 with Benedetta Tagliabue. 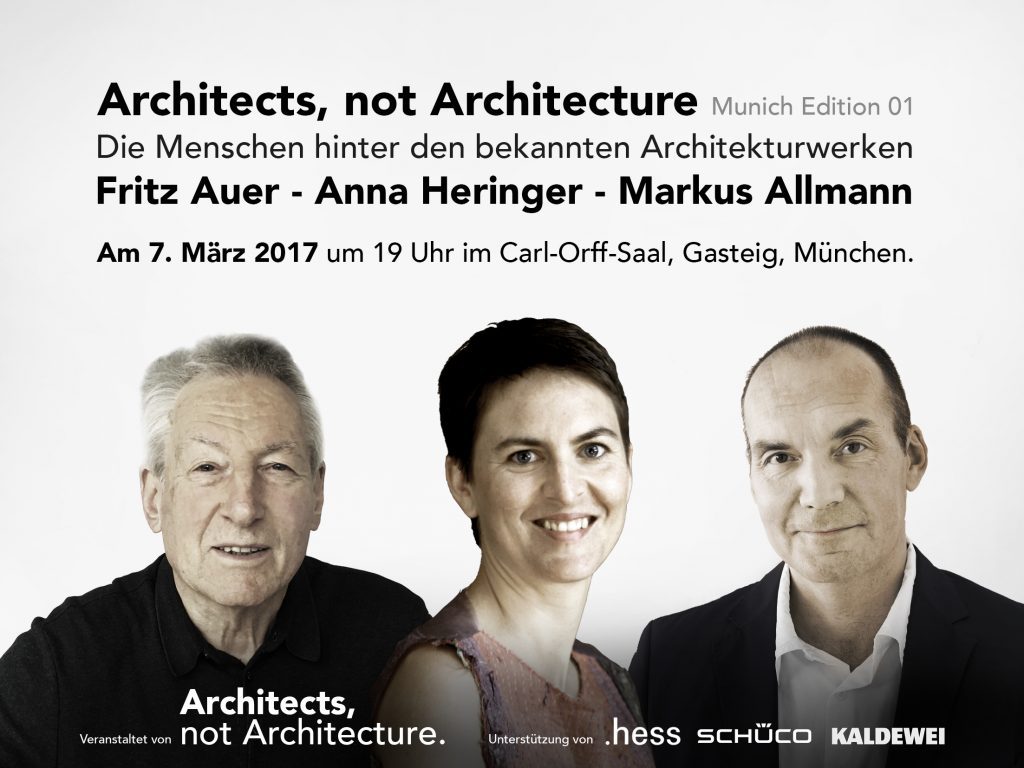 Anna Heringer (nominee arcVision Prize in 2014) during the Munich edition on March, Courtesy of architectsnotarchitecture.com 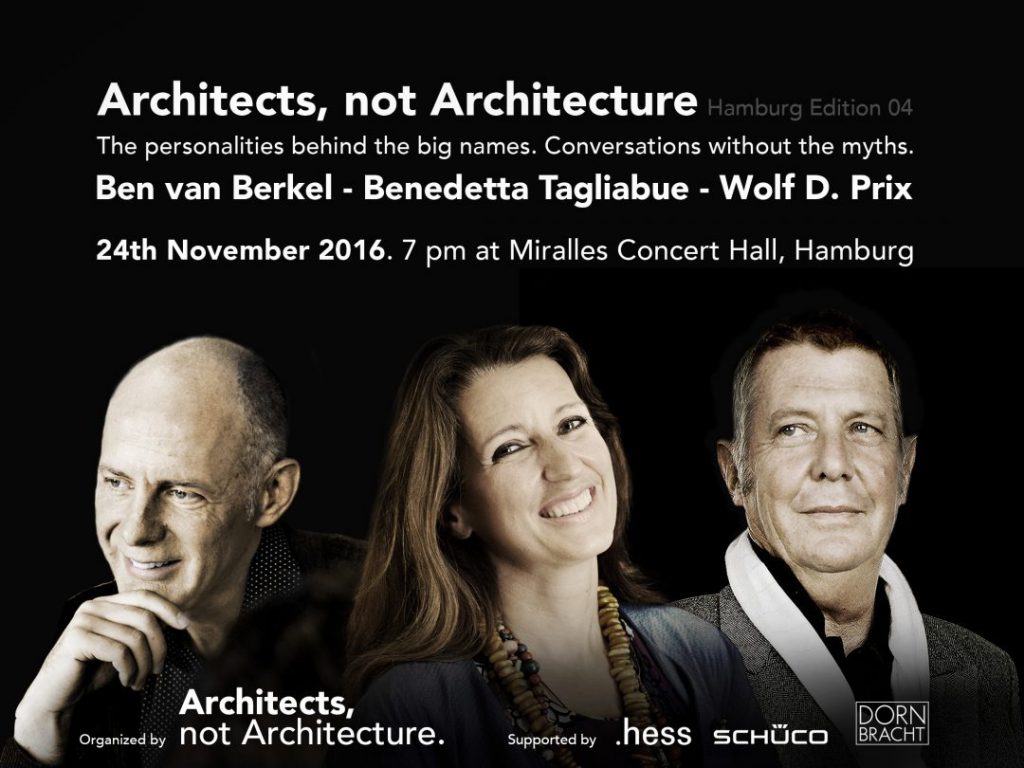 The Hamburg edition in November 2016 with Benedetta Tagliabue, Courtesy of architectsnotarchitecture.com