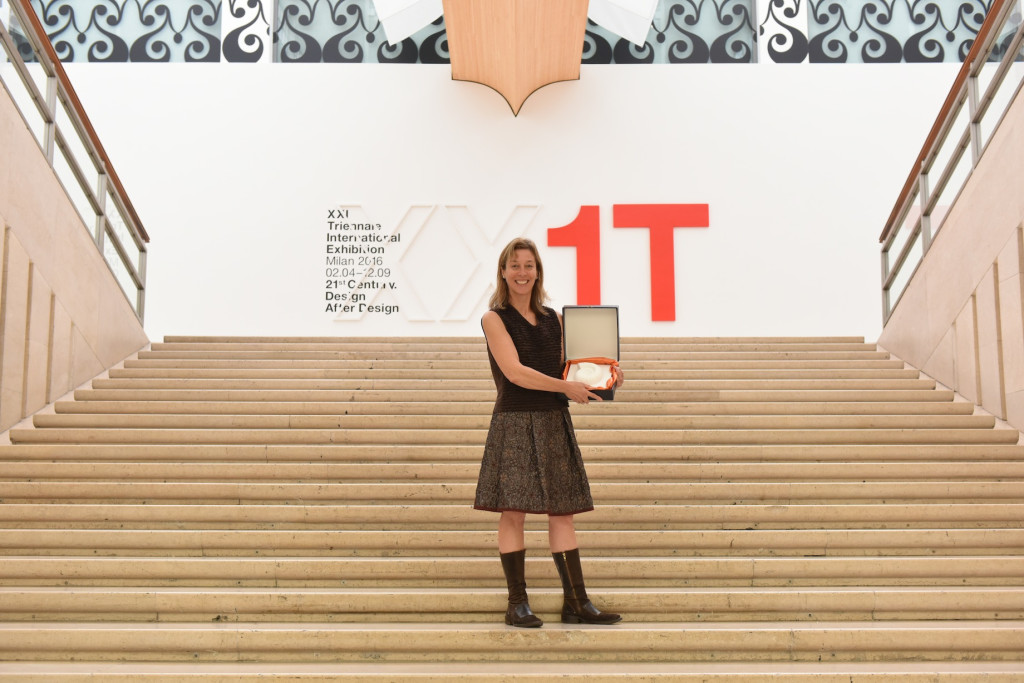 Milan, 7 April 2016 – Jennifer Siegal is the winner of the 4th arcVision Prize – Women and Architecture, international award to women’s architecture organized by Italcementi. The award was assigned by the jury by unanimous vote, and the winner was defined “a fearless pioneer in the research and development of prefabricated construction systems, at low prices for disadvantaged users and areas, who has been able to invent and build practical solutions and a new language for mobile and low-cost housing”.

The Award was presented today at the Teatro dell’Arte of the Triennale di Milano, on the occasion of the return of the 21st Triennale International Exhibition, to underline the connection between arcVision, the magazine of Italcementi Group, and the international world of architecture.

Now in its fourth year, arcVision Prize confirms its uniqueness in the global landscape. A major result for Italcementi, and showing in particular that this is a positive and sustainable project which reaffirms the core role of the person, the value of talent, the possibilities of innovation conceived as the balance between technological development and respect for the local context.
“The experience of Expo Milano 2015 – states Carlo Pesenti, Chief Executive Officer of Italcementi – has confirmed some of our long standing convictions. The central role women play in today’s society, their ability to build a more harmonious future, the sensitivity to combine technological innovation with passion, imagination, feeling, and dedication — these are core values which, when interpreted in a “feminine” way, are capable of transforming the very face of the present, opening up new horizons within a contemporary way of life that is not always easy. For this we are pleased and honored to present the arcVision Prize – Women and Architecture this year, which continues to select feminine international architecture projects defined by the aspiration of beauty, the pursuit of functionality, and the hope to participate in the construction of new, happier cities and communities. This is the path our Group has chosen to reaffirm its vision of “women’s issues” within architecture that, above all, continue to amaze by producing masterpieces of technology and sustainability, marriages between materials and form and combinations of elegance and efficiency“.

Federica Galloni, General Manager Art, Contemporary Architecture and Urban Suburbs of the Ministry for Fine Arts, Culture and Tourism, was present at the award-giving ceremony: “Enhancing architecture and contemporary art, developing the reclamation and the recovery of suburbs by means of appropriate urban policies, combining architecture with the need for a better quality of the built environment and, therefore, of people’s lives: in these sectors female design creativity brings an original and innovative approach – she stated. Our Department pays specific attention to women professionals every time we make a selection: curators, artists and, especially, architects.” 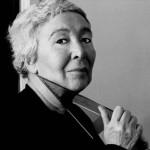 During the evening, arcVision Prize remembered and highlighted the personality of Gae Aulenti, who is a leading figure at the exhibition W. Women in Italian Design, curated by Silvana Annichiarico, which can be visited at the Triennale Design Museum. The Special Award that was assigned to her is an acknowledgement for her role as an architect and academic, so significant in the history of Italy and women’s struggle to affirm their equality and for the recognition of their quality as designers. 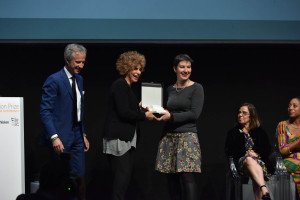 “Who was Gae Aulenti? An architect, there is no doubt about it; but also a designer, a stage designer, a planner, inquisitive, a smoker, a woman, a tireless reader, a grandmother, a traveller – explained architect Nina Artioli, granddaughter of Gae Aulenti. We know that she was the architect who turned the Gare d’Orsay into one of the most famous art museums in the world, who designed the Pipistrello table lamp and Piazzale Cadorna in Milan. But this is just an effect, the end result of Gae Aulenti’s personality. She developed her professional career through design, architecture, layouts and stage design, building her career in a constant exchange among the arts. And this is exactly what the Archivio Gae Aulenti would like to point out by receiving the arcVision 2016 Special Award, hoping that today’s and tomorrow’s architects can take as an example her continuous curiosity and her natural need to establish connections that made Gae Aulenti one of the most remarkable persons in the Italian architectural culture of the 20th century.“

ARCVISION PRIZE 2016: THE WINNER
The finalists were selected from professionals mentioned by an international group of Advisors, then assessed by the technical and cultural Committee that defined the final shortlist to submit to the jury’s judgment. Twenty professionals, differing widely in their origins, sectors and approaches to the profession of architect, to provide a precise and exhaustive snapshot of the contemporary landscape of female architecture.
Naming her studio (founded in 1998) the Office of Mobile Design was for Jennifer Siegal a direct consequence of her great interest in “transitional” spaces. Her work focuses on the design of mobile, removable, and re-positionable structures, based on her research into a new type of prefabrication that uses industrial processes to create more efficient and agile buildings, which in some cases involve the use of wheels as an element to make the architecture more user-friendly and literally dynamic. Siegal has dealt with these aspects both through public educational spaces and through working with the theme of habitation, with the Saetrain Residence (2003) in Los Angeles, for example, which creates a dynamic living space starting from the use of simple standard containers.
The winner attended the award-giving ceremony and when the prize was announced she said: “Receiving the arcVision Prize is the most important moment in my career and is also much bigger than me. It is for the women that stand beside me and for the women in
history who carved the path and created a space in which we are all now recognized for our work. Thank you to the accomplished members of the selection committee and the impact that this award will have on future generations of women to come.” 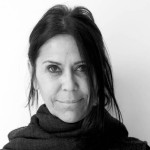 Clarity in building, deep refinement of material qualities and a touch of dramatic impact on the urban landscape make Pat Hanson‘s work interesting and original. The idea that architecture must move beyond mere functional response to true needs drives the work of Pat Hanson, one of the most dynamic designers from the new Canadian school. With her studio, gh3, Hanson explores the continuous intersecting between architecture, landscape, and sustainability, with a belief that the design practice must go beyond its conventional expressive limits. Among the features of her work is the ability to tackle small-sized projects, many of which are defined by their constructive aspects, in the materials and in the relationship with sensory perception. Her floating studio for a photographer at Stoney Lake (2009), for example, is a glassy box suspended over the water that redefines the archetypical modern house in glass and steel, incorporating the Canadian landscape. 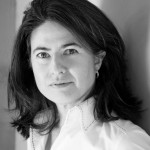 Elisa Valero Ramos has a solid academic education and designs contemporary architectures that establish a constant dialogue with their surroundings: many of her projects focus on children and create a setting for their many needs and activities. The not-so-obvious idea that architecture can be a means for responding to profound needs substantiates the complex work of Elisa Valero Ramos, providing an all-embracing criterion for interpreting her many projects. The Spanish architect has been working over the last decade mainly on two major conceptual and operational themes. The first is the pursuit of a low-cost construction system for the creation of buildings with near-zero energy consumption, research that has led to the conception and development of the double-shelled Elesdopa construction system, a system of high technical and economic efficiency. The second theme developed is largely typological and concerns the creation of spaces designed especially for children. The construction of a multifunctional space for the Cerrillo de Maracena School in Granada (2014) was an opportunity to apply both themes.

The projects of Cazú Zegers show a clear ability in the creation of a strong sense of place in architecture, by using natural materials and through unusual formal research. Even amidst the contemporary word of architecture, in which the culture of a new international style permeates an ever-greater number of buildings, Cazú Zegers directs her research and design activity toward the primary objective of writing in an architectural language that can primarily represent Chile and then all of South America. Starting from her use of vernacular elements and low-tech building solutions, Zegers develops projects of great expressive impact. The hotel on the shores of Lake Sarmiento (2011) makes use of many elements that she often repeats in architecture, such as its integration in the landscape and the use of exposed wood and organic forms, making it appear like a great prehistoric fossil washed up on the shore.

The aim of the arcVision Prize is to enhance the figure of the female designer in contemporary world architecture, with a special focus on the qualities a modern architect requires to develop originality in her profession as she pursues advanced, unconventional solutions and develops a particularly strong and mature sensitivity to the human and social context.

The arcVision Prize is an annual award for a female architect whose work includes technological innovation, sustainability and design culture in a harmonious combination of function and style. The Prize will give preference to designers who operate in particularly sensitive conditions, as regards both project type and context.
The nominees for the Prize must have designed and signed/co-signed at least one work (constructed or at the executive planning state) that presents innovative functional and technological solutions and values, with particular attention to sustainability. Further major requirements are that candidates have carried out research activities on the development of innovative solutions in building systems and have combined their professional activity with educational and information activities.
The Prize consists of a research project and a workshop at i.lab, Italcementi Group Research and Innovation Center in Bergamo, designed by Richard Meier, which also acts as a center to promote innovative technologies and practices. A cash prize is also awarded, and the winner is encouraged to allocate part of it to social projects.

Photos of the Award Winning Ceremony 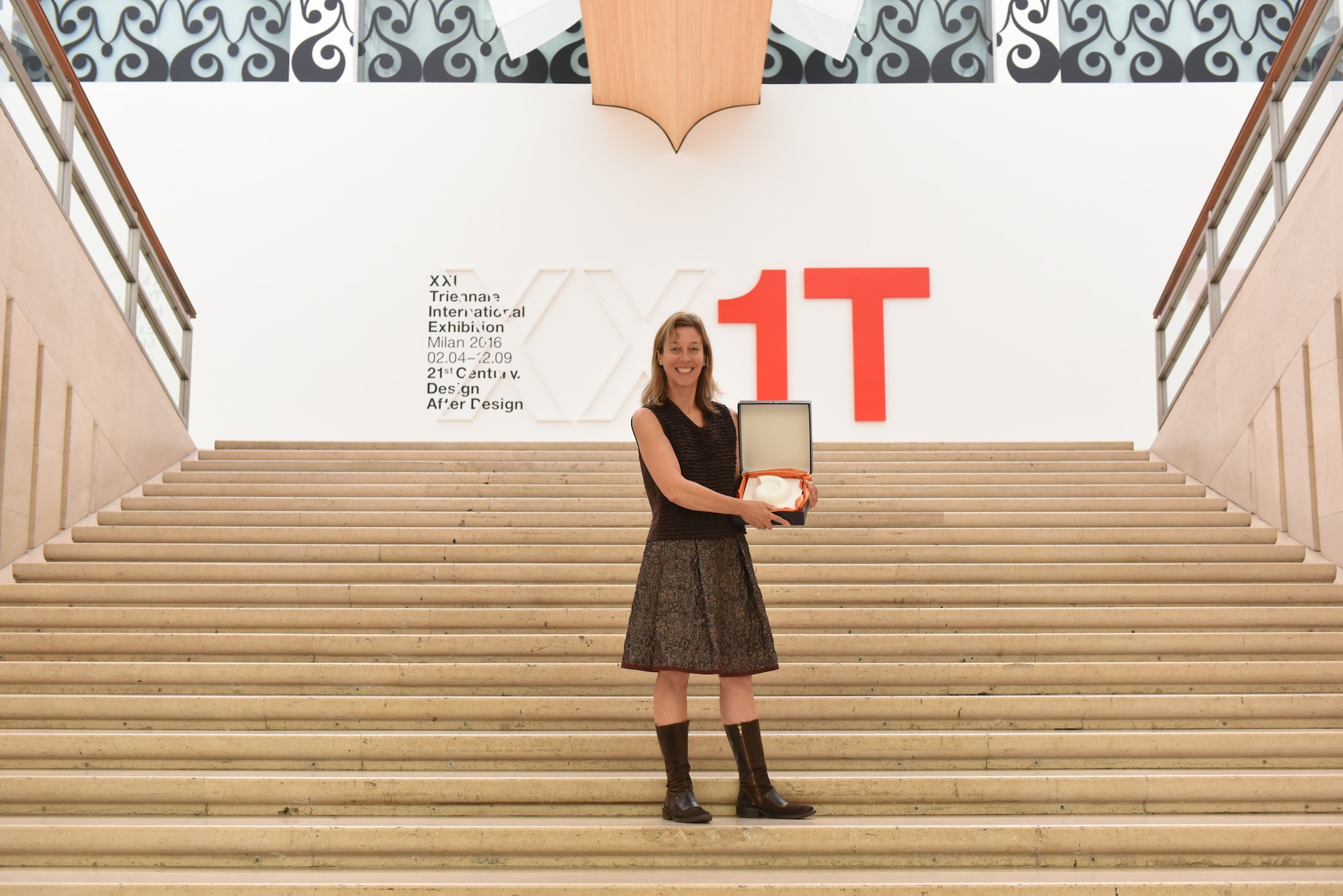 Video of the Award Winning Ceremony

Jennifer Siegal – interview with the winner