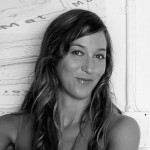 Manhattan, NY (USA), December 11, 1965 Jennifer Siegal is known for her work in creating the mobile home of the twentieth century. She is founder and principal of the Los Angeles-based firm Office of Mobile Design (OMD), which is dedicated to the design and construction of ecologically sound, dynamic structures, utilizing portable and prefabricated architecture. She earned a master’s degree from SCI-Arc in 1994 and was a 2003 Loeb Fellow at Harvard’s Graduate School of Design, where she explored the use of intelligent, kinetic, and lightweight materials. In 1997 she was in-residence at the Chinati Foundation and in 2004 a Fellow at the MacDowell Colony in her hometown, Peterborough, New Hampshire. She was the inaugural Julius Shulman Institute Fellow at Woodbury University, and is presently an Adjunct Associate Professor at USC. She is the editor of both Mobile: the Art of Portable Architecture (2002), More Mobile: Portable Architecture for Today (2008), and was the founder and series editor of Materials Monthly (2005-6), published by Princeton Architectural Press. A monograph on Jennifer Siegal was published in 2005. Jennifer Siegal – The Winner of the arcVision Prize 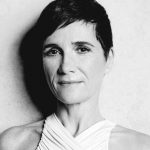 Santiago de Chile (CHILE), November 18th 1958 Since 1990, Cazú has worked as an independent architect. The character of the Cazú Zegers studio is defined by the varying scales of her projects: from the object (micro) to the territory (macro) or from the territory to the object. She has explored different areas of architectonic design, from designing objects – lighting and furniture – to territorial planning and cultural management through the “El Observatorio Lastarria Foundation”, where she developed investigative projects in different artistic fields. She is a renowned lecturer, in Chile and abroad. Her artistic method focuses on the crossover between poetry and the territory, which generates a gesture, a figure, and a form, setting a new cultural landscape through architecture. This has been a legacy in her teaching. Her ideas remain imprinted in the minds of her students. She has taught at the University of Talca, also in workshops at The Pontifical Catholic University of Chile (PUC) and at the University del Desarrollo. Cazú Zegers’ projects create distinctive architecture, expressed mainly in residential projects and others such as the Capilla del Espíritu Santo (Holy Spirit Chapel), the Centro Cultural Alcalde Juan Estay (Major Juan Estay Cultural Center ), ruralization projects such as Kawelluco, multicultural projects such as the Arenales Ski Center and the Pewenche Route, where she works with local indigenous communities to create projects based on their world vision. Her work also includes hotels: the Tierra Patagonia Hotel project is the best known example of how she develops a contemporary language with the curves of the wood, looking for new architectonic shapes based on the relationship between poetry and architecture in the South American territory.  Cazú Zegers – Honorable Mention of the arcVision Prize 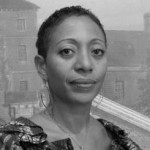 Samia Nkrumah, President of the Kwame Nkrumah Panafrican Center, is a Ghanaian politician and Chairwoman of the Convention People’s Party, the first female to chair a political party in Ghana. She is the daughter of Ghana’s first president, Kwame Nkrumah, and his Egyptian wife Fathia Rizk. She is one of the founders of Africa Must Unite, which aims to promote Kwame Nkrumah’s vision and political culture. In an article entitled “The new Mandela is a woman”, the prestigious Huffington Post analyzes her impact on Ghanaian and African politics. She is a member of the International Board of the “Women in Diplomacy” Committee, established in May 2013 at the Italian Ministry for Foreign Affairs and Chaired by the then Minister Emma Bonino, to further promote the role of women at international level. Samia Nkrumah is married to Michele Melega, an Italian-Danish man. Samia and Michele have a son, Kwame Thomas Melega.  The jury – arcVision Prize 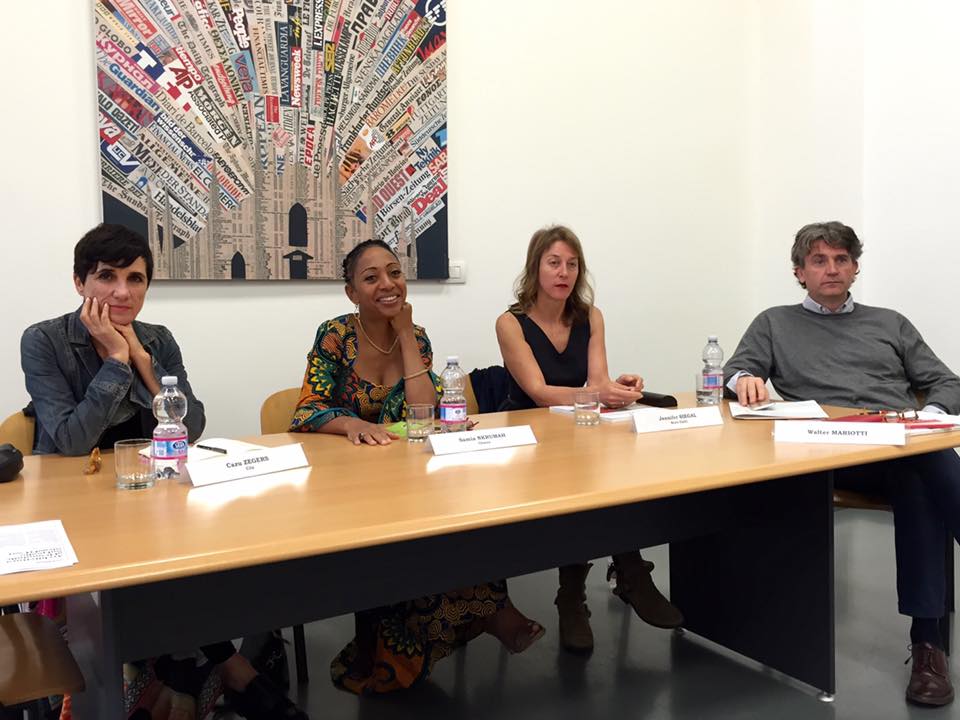