The paintings on display recall  types, distinctive traits, views, perspectives, symbologies and characteristics of the “ideal city” that Petrus has gradually been constructing throughout his geographic-symbolic study across the various cities of the world, thus compiling an immaterial and ideally familiar “urban atlas”, almost a modern day Enciclopédie métropolitaine.

Biography
Marco Petrus was born in Rimini in 1960. He moved to Milan, the city which became the first (and main) subject of his painting. In 1984, the year of his father’s death, he abandoned his studies in architecture at the Polytechnic University to open an art printing house, which was the prelude to his debut with a solo exhibition at the Spazio Noa in 1991.

Architectures are the main theme of his art, and in 1993 the urban subjects earned him the Twentieth Sulmona Prize and the San Carlo Borromeo Prize, focused on the representation of works dating back to the twenties, thirties and forties.

In the nineties the Officina Milanese group was formed, including Petrus, Giovanni Frangi, Luca Pignatelli and Velasco Vitali. Subsequently Petrus joined Italian Factory, a group aimed at promoting Italian painting and sculpture in a national and international context, and this experience led him to exhibit, among others, at the European Parliament in Strasbourg in 2003 and at the Taipei Fine Arts Museum in 2007.

In 2003 his first monograph, curated by Alessandro Riva, was published by Electa Mondadori, on the occasion of his solo exhibition at the Palazzo delle Stelline in Milan. In the same year, his exhibition “London Suspended”, at the Barbara Behan Contemporary Art Gallery in London, made a great boost on Petrus’ career in the international scene, followed two years later by the initiative “Milan at Columbus Day”, organized by the Italian Cultural Institute in New York and the Municipality of Milan. In recent years his Milanese subjects have been flanked by paintings representing the architectures of Trieste and Shanghai, even if the Lombard capital will always remain the symbol of his painting, in particular in the exhibitions in Moscow (in 2008), Rome (in 2012) and Santa Fe (2013). 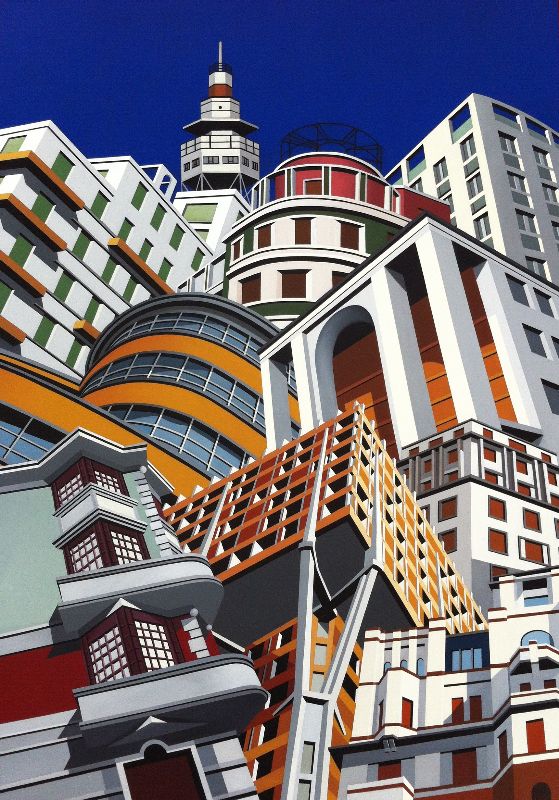