Special award of arcVision Prize WE-Women for Expo. In the year of the universal event in Milan, arcVision Prize presents a Special Award to Paula Nascimento, an emerging figure in contemporary architecture and designer of the Angola Pavilion at Expo 2015. 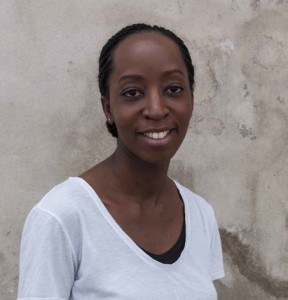 At just 34 years of age, Paula Nascimento has already completed a long personal and collective journey which led her from Luanda, where she was born, to the gateway towards international success as an architect, critical observer of the social-urban context and promoter of the new design culture. After her educational experiences at South Bank University and the Architectural Association in London, she starts working for renowned firms such as that of Alvaro Siza, continues her freelance professional activity and in 2011 she founds “Beyond Entropy Africa ” with Stefano Rabolli Pansera, an independent organization that starts from the compelling contradictions of the African continent and presents actions relating to urban planning, environmental and territorial emergencies, structures and programs of cultural analysis. In 2013 she is awarded the Golden Lion of the Biennale d’Arte di Venezia (The Venice Biennial) (together with Rabolli Pansera) for the best national participation, with the Angola Pavilion “Luanda, Encyclopedic City”. Her interest in searching for alternative environmental solutions, already demonstrated the previous year with her participation (again with Beyond Entropy Africa) at the XIII Biennale of Architecture in Venice, leads to her involvement in 2015 in the organization and design of the Angola Pavilion at the Universal Exhibition EXPO in Milan, where she is the co-curator and co-designer (with Antonio Gameiro and Studio di Progettazione Padiglione Angola): a particularly fascinating idea of literally transporting the nature of this African country into the Pavilion, but also to stress and highlight the im 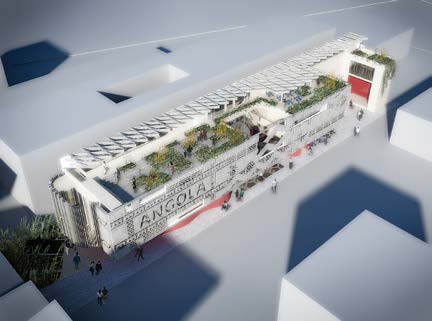 portance of the role of women in the national education and food system, both as lead players and bearers of consolidated, new and more contemporary cultural values.

“Paula Nascimento – said Stefano Casciani, Scientific Director of the arcVision Prize – though still young has achieved with her work a quality level that highlights and enhances the role of women in the global scenario of architecture through her many activities: as cultural organizer of important exhibitions, designer of sensitive installations and buildings, attentive promoter of sustainability issues and search for a new aesthetic language. For this reason she was awarded the Special arcVision Prize WE-Women for Expo by Italcementi, which this year is ideally connected to Expo 2015 and its basic themes: equality of global populations in the right to food in the respect of natural environment, combined with the design research of technologies and production processes sensitive to planetary balance and preservation for future generations.”

Born in Luanda, 1981, architect and Researcher. Lives and works in Luanda, Angola.

Has degrees from the London Southbank University and the Architectural Association in London.

Worked with Alvaro Siza Architects, RDA Chartered Architects and Architects Bates Zambelli in several residential projects in Heritage and Conservation projects. Currently working with the Angolan Commission for the Expo (Angola Pavilion Expo Yeosu 2012; currently as architect, and project coordinator of Angola for Expo Milano 2015). Since 2011 a co-founder and director of Beyond Entropy Africa, a research based studio working in the fields of architecture, urbanism, visual arts and geopolitics; and contributor to various publications and c 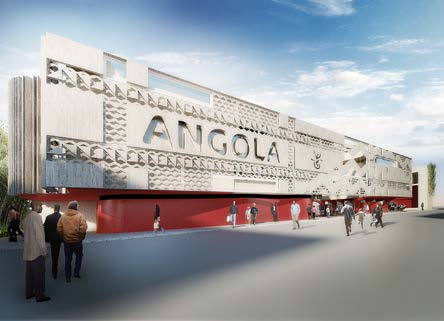 With Stefano Rabolli Pansera curated in 2012 the Angola Pavilion at the 13th International Architecture Exhibition – la Biennale di Venezia (Beyond Entropy Angola), and in 2013, the Angola Pavilion at the 55th International Exhibition of Arts – la Biennale di Venezia (encyclopedic Luanda city), winner of the Golden Lion for Best National Participation, and Angola 35º Award for Arts and Culture; and the itinerant project “Ilha de Sao Jorge” (exhibited in Venice in 2014, Hangar Biccoca in Milano & ICA in London, 2015). Editor of the book “Ilha de São Jorge – Intrepid Visions” with Ana Vaz Milheiro and Stefano Serventi.

Other exhibits include “Luanda from the bottom up,” with Paulo Moreira and Stefano Rabolli Pansera, Porto 2012; “Luanda Encyclopedic City 2” with Edson Chagas, Luanda 2013. Upcoming participations include “Africa is Now” at Indaba Design Festival in Cape Town, Pés Descalços cultural collective, New Perspectives Conference at the Serralves Museum, among others.