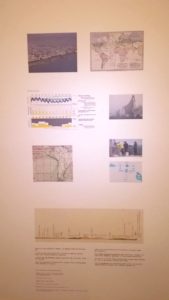 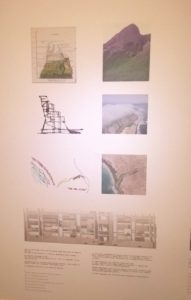 Lima is a city build on a desert, 12 degrees south of the Equador. A cold current from Antartica, called the Humboldt Current, keeps the climate pleasantly temperate. A white sea fog blankets coastal parts of Lima at certain times of the year. UTEC has designed a billboard that creates clean drinking water from atmospheric humidity.

There are 40 m hight cliffs onto the Pacific Ocean that define the edge of the city. The site of the University is close by, enjoying on-shore breezes. We imagined a man-made “cliff”. The north face of the campus acts as “cliff” or “shoulder” to the fast-moving city. We positioning its structure along the busy motorway, to be visible to passing traffic and register in the public mind. We imagined a Univesity as an Arena for Learning. 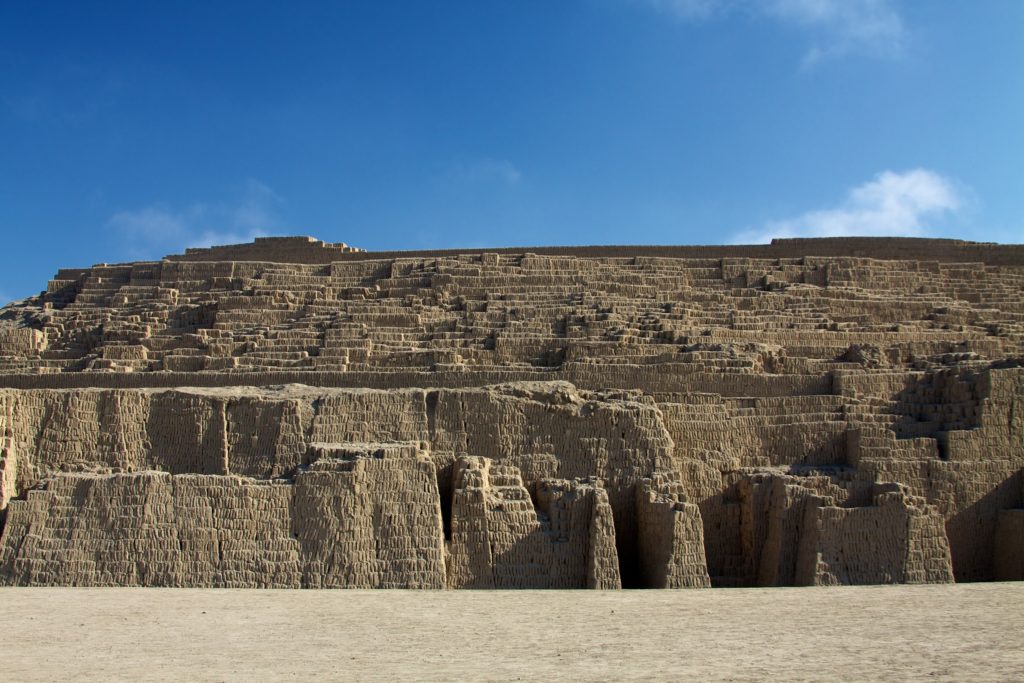 Vertical Campus.
Roofs of lecture rooms and laboratories are terraced to become cascading gardens, reminiscent of the cultivated terraces around Lake Titicaca. Landscape is woven into the building. 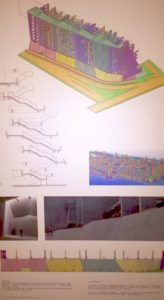 Structure
The main structural rhythm of the institu-reinforced concrete is a 20m centres, with an intermediate structure at 10 m centres. Ribbed beams form the soffits. A “folded” concrete wall along the motorway forms and articulated screen at the base of the “new cliff”.

Construction Phase
The building emerges from the excavated ground. The structural matrix emerges as the construction progresses. With a team of nearly a thousand men and using three cranes, the construction of Phase 1 is completed.
Due to the curved nature of the site, each 20m structural rhythm adjusts itself to the outer rim. There is no long vista. Instead, a series of intriguing spaces form a type of spatial “chain”.

Yvonne Farrell in the Jury of the arcVision Prize 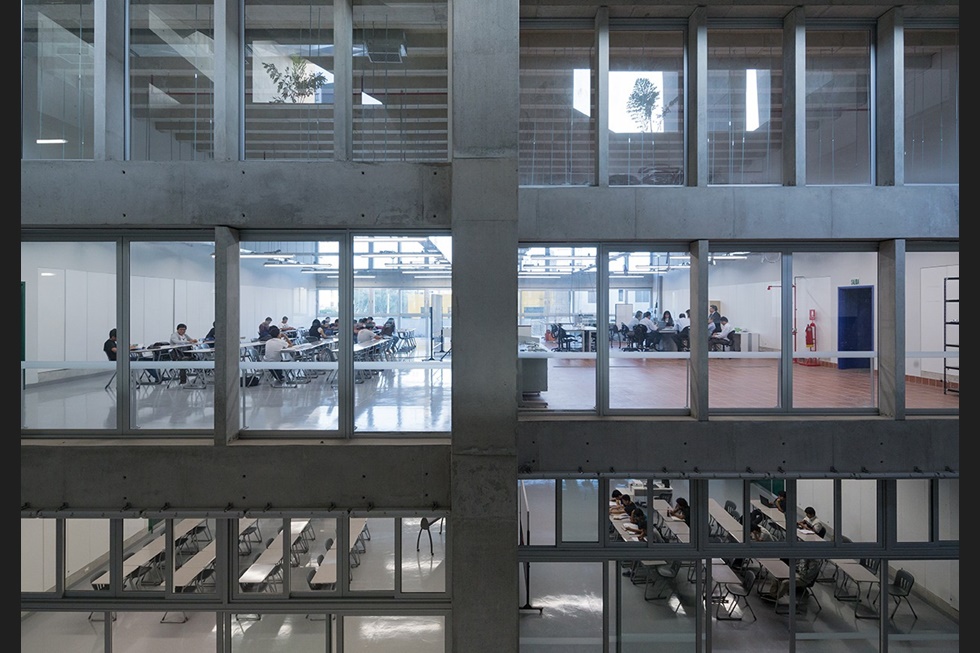