If the world of architecture goes beyond the physical, visible world, if its essence lies in the invisible and unknown, as claimed by Twitee Vajrabhaya Teparkum, then the sense of her works are to be found in the minute details, in the relationship between form and materials, and in the empathy that develops between spaces and people who use them. 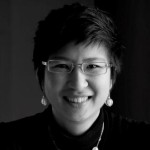 The projects she developed together with Amata Luphaiboon and their studio Department of Architecture Co., founded in 2004, aim to provide similar results through a careful control of construction processes that serves to interpret architecture as a technological machine equipped with an inherent rationality. It is an approach that has helped solidify the studio as one of the most interesting prospects in the entire contemporary design landscape of Thailand, and which is illustrated by works such as the emergency school Pong Prae Wittaya in Chiangrai (2015) and the small multifunctional pavilion The Flow in Bangsaen (2014). www.departmentofarchitecture.co.th

THE NEW THAILAND CREATIVE AND DESIGN CENTER (The New TCDC)

The TCDC, a government agency charged with driving the country’s creative economy, is moving to its new home. The program is to adapt a major portion of the historical 1940 Grand Postal Building for its use. Department of ARCHITECTURE Co. Ltd. led by Twitee won the competition to design this important project. Through the design, the space facilitates the main mission of the TCDC as a place of connection that promotes interaction among designers, investors, the public sector and creative citizens, to define a new creative ecosystem and establish itself as the country’s creative hub of co-working and knowledge. Inside the old building, which had gone through multiple transformations, we discovered a special grand staircase at the heart of the building, left unused and with multiple additions that buried its role as the main vertical and horizontal channel of circulation – a connecting space. The new design proposes to take out all unnecessary elements in the grand staircase and reveal its essence; then to reprogram it as the main co-working space where creative people come to work, meet, socialize, and connect. The hidden space is awakened and becomes a place of connection, linking the spaces in the building and bringing people together. 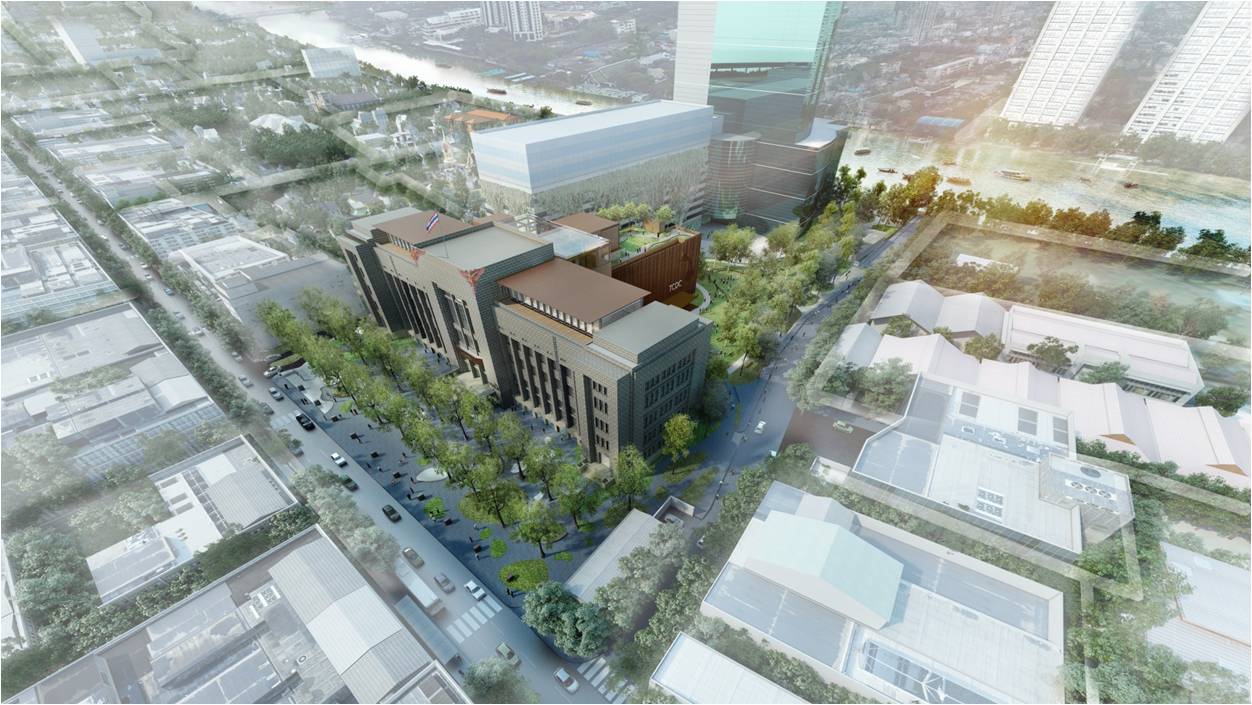 The Pong Prae Wittaya school in Chiang Rai was one of many schools severely damaged by an earthquake on May 5th, 2014. Since then, the students have been studying in temporary tents. ‘Design for Disasters’, a non-profit organization, has organized a network of 9 architects to design 9 schools for immediate use. Twitee Vajrabhaya Teparkum has taken on the responsibility of designing the emergency Pong Prae Wittaya school. Due to the urgency of the project, the design from conceptualization to the construction drawing had to be completed in 2 weeks. It had to be earthquake resistant , able to withstand hail storms, quick to assemble by local workers, economical, properly protected from heat in the summer, rain in the monsoon, and freezing wind in the winter. The architect introduced an innovative cheap double roof system for the first time. The material of the main roof is sheet metal, to withstand hail storms. A very cheap HDPE shading net, a material usually employed to create shade in plant nurseries, was installed here as an upper roof to protect the sheet metal roof against overheating in the tropical climate. This roof system could potentially become a cost-effective shading solution for the local climatic conditions. The structural system is a cross-braced steel structure for quick, lightweight construction and rigidity. The wall system is made up of lightweight panels and slats for easy assembly and safety during earthquakes. The wood stud and cross-braced wall structure is flipped outward on the outside of the building, manifesting itself simply as pure structure.

THE FLOW – A MULTIPURPOSE PAVILION

Twitee collaborated with a large company in their CSR program ‘A Place We Stand’ to provide a multipurpose pavilion for the Southern Bang Saen community. The aim of the project is to provide a high-quality public space for the local community that is also a place of inspiration, with a design that accommodates multiple activities. The floor plate is folded like a piece of paper to form different spatial configurations catering for various activities, oriented mainly towards the ocean view. People can sit on different tiers to relax and enjoy the view without blocking the view of the people behind. The fold can become a small amphitheater for mini-concerts, performances, meetings, etc. Parts of the floor are cut and raised to become seating and tables for group lectures, picnics or as a place where children come to do their homework. On the opposite side of the view is the entrance to the pavilion. This side also faces the futsal field, so that the building acts as a grandstand to watch the matches from the upper level of the floor plate with long benches on the lower ground. Many other uses are possible. To protect the building from tropical radiating sunlight during the day, the project is inspired by tree shading. The roof is composed of layers of leaves. The upper layer shades the lower layer and reduces heat transmission significantly. The roof planes which consist of smaller material units, rather than the usual continuous large roof plane, allows rising hot air to escape easily through, while allowing sunlight to filter through. 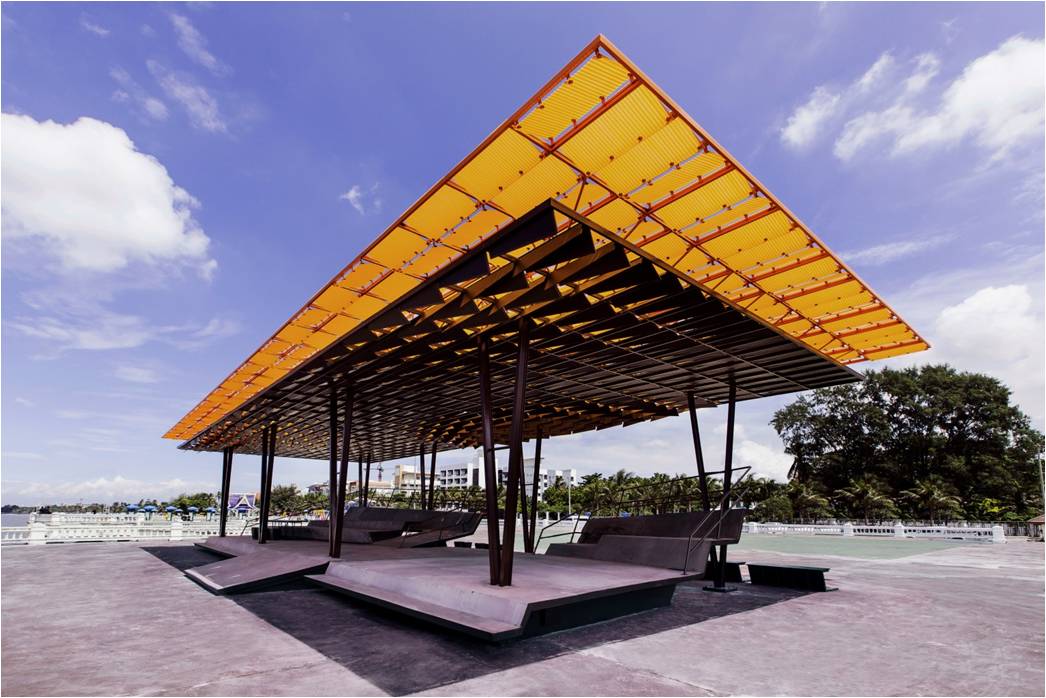 In Asia’s complex contemporary landscape and a lifestyle that is no longer purely eastern, nor entirely western, the project neither rejects contemporary culture, nor disconnects from history. The resort itself is situated on a local beach, away from the ‘center’, yet it is utterly global in scope, bringing multi-national travelers into a single small place. The architecture reflects the co-existence of culture rather than denying it, matching Phuket’s long history of cultural crossover among Chinese, European, Malay and Thai. This project proposes a new architecture that responds to these complex conditions; it exercises the possibilities of cultural coexistence and responds to the specific complexities of the Asian condition in all of its dimensions: from its mixed culture, contemporary lifestyle, tropical climate, available materials and technology to its economic factors. The design approach focuses on the sensory dimension of the experience embodied within the newly conceived space. The physical form of the architecture is modest rather than aggressive. The visual gives way to the experiential. 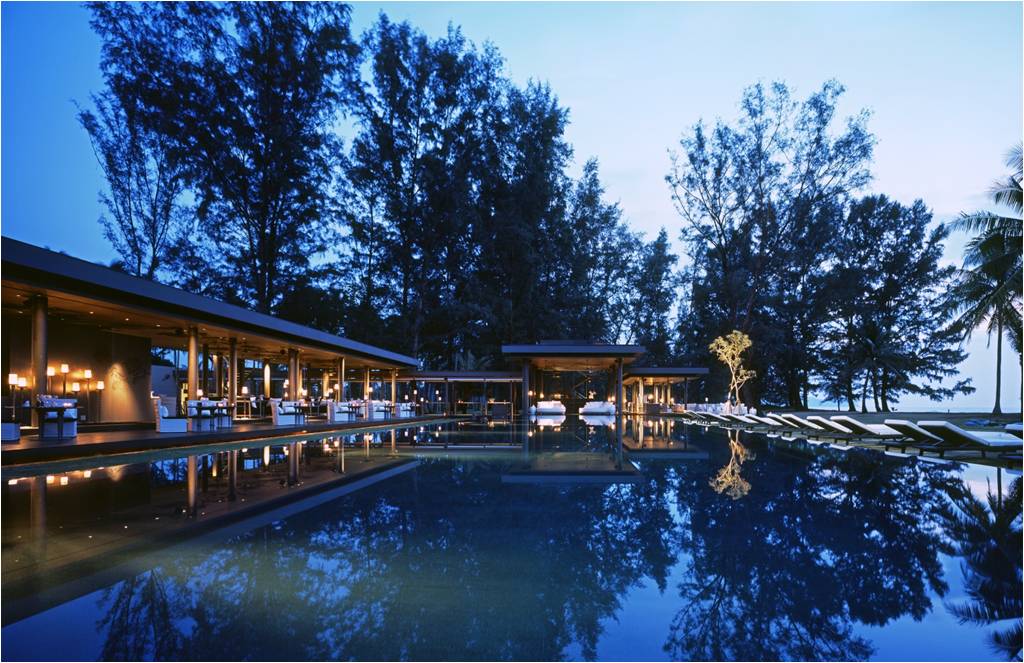 Bangkok (THAILAND), May 20th, 1973 Twitee received a Bachelor of Architecture summa cum laude from Virginia Tech and earned a Master of Architecture from Princeton University. She had been working in Chicago and New York for some time before returning to Thailand to join Metric Co., Ltd. Together with Amata Luphaiboon, she founded ‘Department of ARCHITECTURE Co., Ltd.’ in 2004. Twitee and Amata are currently the principals of the firm. In her first project in Thailand, Twitee, Amata and Reveree Nophaket worked as chief designers on the Six Senses Hideaway Resort in Samui. This project earned the team wide national and international recognition, including the prestigious Gold Medal in Architectural Design of the Association of Siamese Architects (ASA) under royal patronage, presented by HRH Princess Maha Chakri Sirindhorn. As a principal of Department of ARCHITECTURE Co.,Ltd., Twitee has led several award-winning projects including the architectural and interior design of Sala Phuket Resort & Spa, the interior design of the main public spaces of the Hilton Pattaya Hotel, and the architectural design of ‘The Flow – a multipurpose pavilion’. Recently she won the prestigious national design competition and was selected to design The New Thailand Creative and Design Center (The New TCDC). Along with her professional design work, Twitee is active in the academic field, giving lectures and reviewing theses and design studies at major universities such as Chulalongkorn University, Silapakorn University, KMITT, KMITL, etc. Twitee has an interest in social and community projects, for example the design of an emergency school in Chiang Rai, where the original school was damaged by an earthquake, and a multipurpose pavilion for a community in Southern Bang Saen.