A new series of meetings with internationally known architects was held at i.lab, the Italcementi research and innovation center in Bergamo. These lectures, which were organized by Italcementi to coincide with the FuoriSalone 2014 event, are planned within the framework of the exhibition INTERNI FEEDING NEW IDEAS FOR THE CITY. 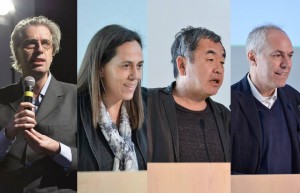 The days devoted to architecture, organized by Italcementi in the exhibition event “INTERNI FEEDING NEW IDEAS FOR THE CITY”, started with Michele Molè of Nemesis & Partners, author of the Italian Pavilion project for Expo 2015. Careful connoisseur of the contemporary architectural languages, Michele Molè is among the founding partners with Susanna Tradati of studio Nemesis, an integrated service-oriented architecture firm, author of interesting research projects. Analysis of the territory, cultural values, economics and social life are the protagonists of an asymmetric and visionary architecture.

The following day guests attended a conference by Ines Lobo, Portuguese architect and winner of the 2014 arcVision Prize Women and Architecture. A versatile personality, recognized for her ability to work on various scales and to integrate new buildings with the existing urban fabric, with a creative approach to complex architectural problems.

The third lecture was held by much acclaimed Japanese architect Kengo Kuma, whose architecture has as its stated goal to recover the tradition of Japanese buildings and to reinterpret these traditions for the 21st century through clear structural solutions playing with light and transparency, and technological advancements to explore the infinite possibilities of construction materials.

The meetings ended with a lecture by Giovanni Polazzi of studio Archea. His design work and research have been developed in the fields of architecture, town planning and industrial design with the purpose of investigating the relationship between the compositive idea and the architectural theme, to reach the definition of an architectural project in every part, representing it from the scale of the landscape to the details. 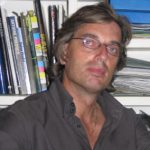 Nemesi Studio. The studio was founded in 1997 by the architect Michele Molè (Rome, 1964) who later, in 2008, created with Susanna Tradati (Brescia, 1974) Nemesi & Partners, a company of integrated architectural services. Nemesi Studio is based in Rome, in the Pietralata district, inside the former Lanificio Luciani woolen mill, converted to transform the spaces into a citadel of art and architecture. At present the studio is composed of 25 professionals and has participated in important international competitions, often with excellent results. To expand its project activities, in 2014 two new Nemesi offices will be opening in Milan and Shanghai. Recent projects include the Italian Pavilion at Expo 2015 (Milan, in progress); the New ENI office complex, an architectural project in partnership with Morphosis Architects (Milan, in progress); the Harbin International Airport, a limited international competition (Harbin, China, 2010), the creation of a museum and urban renewal for the area of Trajan’s Market (Rome, 2004); the multifunctional and religious center of Santa Maria della Presentazione (Rome, 2002). Michele Molè was the winner, in 2009, of the Gold Medal for Italian architecture for the Atasehir Masterplan/Istanbul at the World Triennial of Architecture-Interarch of Sofia (Bulgaria); in 2003 he received the Medal of Honor for Culture and the Arts of the Presidency of the Italian Republic. He has been a visiting professor at the Università degli Studi La Sapienza in Rome and the Università degli Studi of Ferrara. Susanna Tradati is a partner of Nemesi & Partners with the position of Project Manager and Director of External Relations, also involving strategies of internationalization. 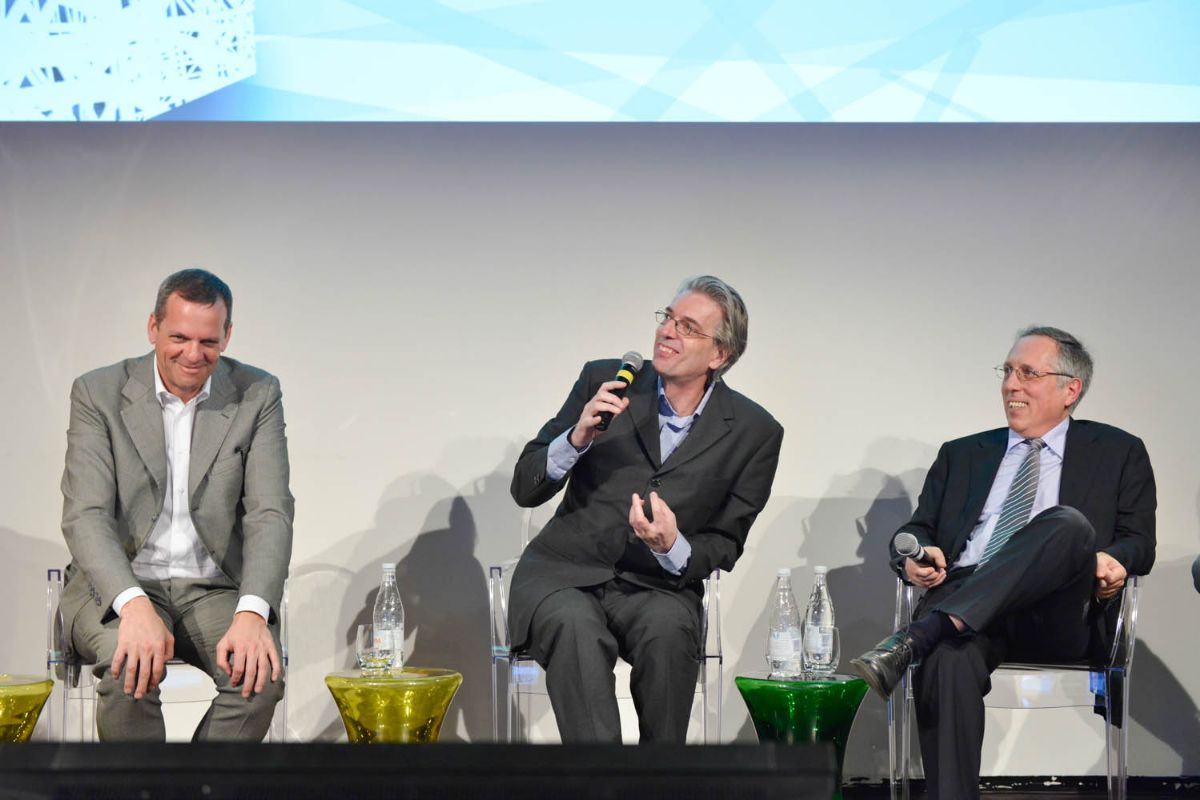 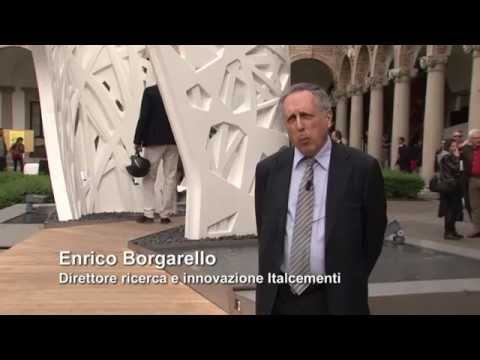 Ines Lobo, a graduate of the Technical University of Lisbon (FAULT, 1989) established her own architecture office in 2002.  She combines professional practice with teaching at the Autonoma University in Lisbon. In her architecture, building conversion plays an important role, giving her an opportunity to free herself from the pre-constituted models of classic Modernism. Among her outstanding projects, many of which are in the public realm and located in Portugal, is the Art and Architecture Faculty in Evora, where annexes were substituted with new construction and the courtyard newly configured. Taking inspiration from the existing industrial architecture and its systems, she defined strategies to employ in the new construction, yet her work is clearly contemporary, informed by the past, but looking toward the future. In the office building for the headquarters of Ferreira Construction, she balanced the existing building, green space and the new construction. Using translucent material to manage the light entering the new building she creates an interesting façade that changes throughout the hours of day and night. She is precise, very skilled in terms of her use of materials and the combination of materials.  Although her buildings may seem understated, they are extremely powerful in terms of geometry and radical in their approach. The jury spoke of the rich counterpoint that she establishes between existing buildings and the new additions she creates. The jury highlighted the integrity and authenticity of her works. Her buildings reflect her independent and free approach to architecture, as creator of social spaces. 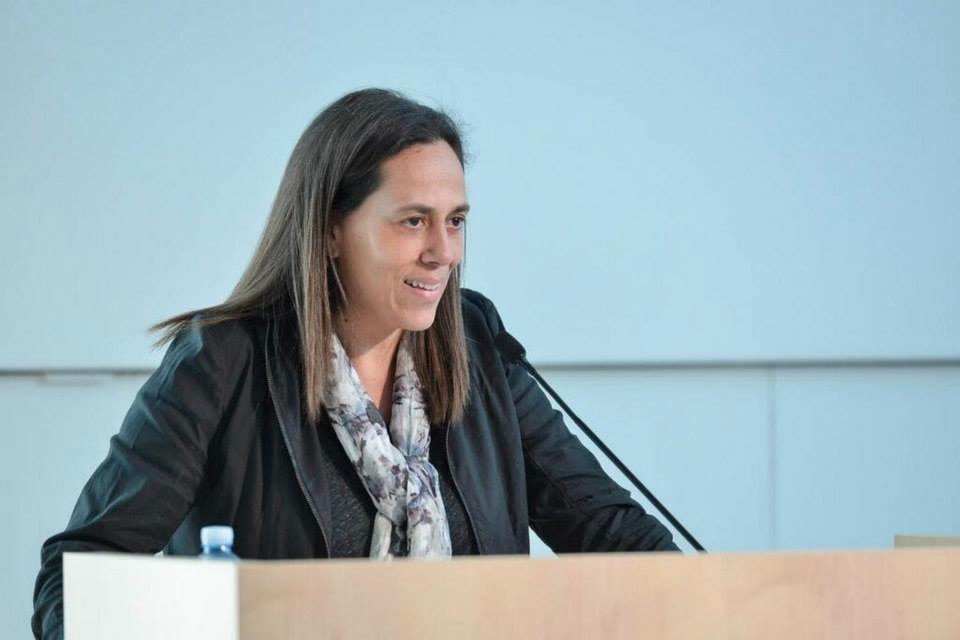 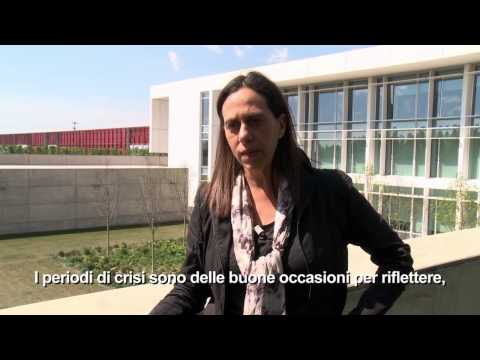 Kengo Kuma was born in 1954 in Yokohama (Japan). He completed his master’s degree in architecture at the University of Tokyo in 1979. From 1985 to 1986 he studied at Columbia University as Visiting Scholar. He established Kengo Kuma & Associates in 1990. He taught at Keio University from 2001 to 2008, University of Illinois at Urbana-Champaign in 2008 and in 2009 he was installed as Professor at the Graduate School of Architecture, University of Tokyo. Among Kuma’s major works are Kiro-san Observatory (1994), the guest house Water/Glass (1995, received AIA Benedictus Award), the Noh Stage in Forest at the Toyoma Center for Performance Arts (received in 1997 Architectural Institute of Japan Annual Award), the Nakagawa-machi Bato Hiroshige Museum of Art (2000, received The Murano Prize). Recent works include the Suntory Museum of Art (2007, Tokyo), the Nezu Museum (2009, Tokyo), the Yusuhara Wooden Bridge Museum (2010, Yusuhara), Asakusa Culture Tourism Information Center (2012, Tokyo), the Nagaoka City Hall Aore (2012, Nagaoka) and the theatre Kabukiza (2013, Tokyo). In France the Besançon Art Center and Cité de la Musique (2012) and the Frac (Fond Regional d’Art Contemporaine) Marseille (2013) have been completed.  A number of large projects are also going on abroad, including the new Victoria & Albert Museum building in Dundee (Scotland) and University Multifunction Center at Epfl in Lausanne (Swiss).  Kengo Kuma was awarded with the International Spirit of Nature Wood Architecture Award in 2002 (Finland), International Architecture Awards for the Best New Global Design for Chokkura Plaza and Shelter in 2007 and Energy Performance + Architecture Award in 2008 (France). He is an International Fellow of Riba in UK and Honorary Fellow of Aia in the Usa. He has also written numerous books including Anti-Object, translated in English, and most of his latest titles – A Natural Architecture, A Small Architecture – have been published in Chinese and Korean gaining wide readership from around the world. 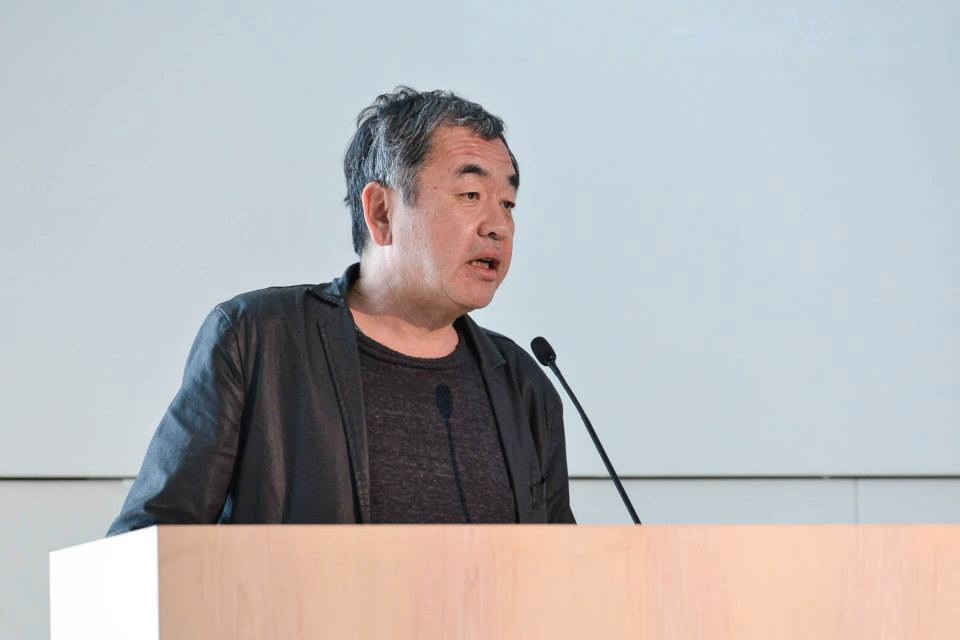 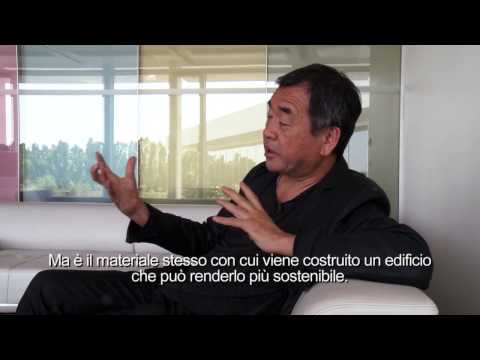 Archea. Founded in Florence in 1988 by the Florentine architects Laura Andreini (1964), Marco Casamonti (1965) and Giovanni Polazzi (1959), Archea is a network of over 80 architects, operating in six different cities – Milan, Rome, Beijing, Dubai, Sao Paulo and the original headquarters in Florence. In 1999 the founders were joined by the architect Silvia Fabi (Zurich, 1970), who coordinates the design activities of the studio. The interests and research activities of Archea Associati range from the landscape to the city, from buildings to design, and while the focus is on architecture, the project also include graphic design and publishing (directing and preparing the international architecture magazine Area, published by Il Sole 24 Ore), exhibitions and applied research. The interactions between the various activities, involving composition in relation to different project scales, trigger constant critical reflections on the themes of construction in architecture. Besides research on projects, each partner in the studio conducts parallel activity in the Schools of Architecture of Florence and Genoa, where Arch. Marco Casamonti is chairman of the Department of Architectural and Urban Design. The studio has been invited to take part in important competitions in Italy and abroad, winning – among others – the competition for the Pirelli office building in the former Ansaldo factory in Milan, the competition for the Archaeological Museum on the Salerno-Reggio Calabria motorway and the invitational competition for the construction of a multifunctional tower over 90 meters high in the center of Tirana, now under construction. Archea has received many international prizes and has participated, with constructed works, in multiple events at the Venice Architecture Biennale. Outstanding projects include the Municipal Library of Nembro (Bergamo, 2007), the transformation of the former wine warehouse of the port of Trieste, the new Antinori winery at San Casciano Val di Pesa (Florence, 2014), the daytime center for the disabled in Seregno (Monza Brianza, 2012), the Ubpa B3-2 Pavilion at the World Expo 2010 in Shanghai, the Green Energy Laboratory for Jiao Tong University of Shanghai (2012) and, now being completed, the city of ceramics at Li Ling (Hunan) in China. 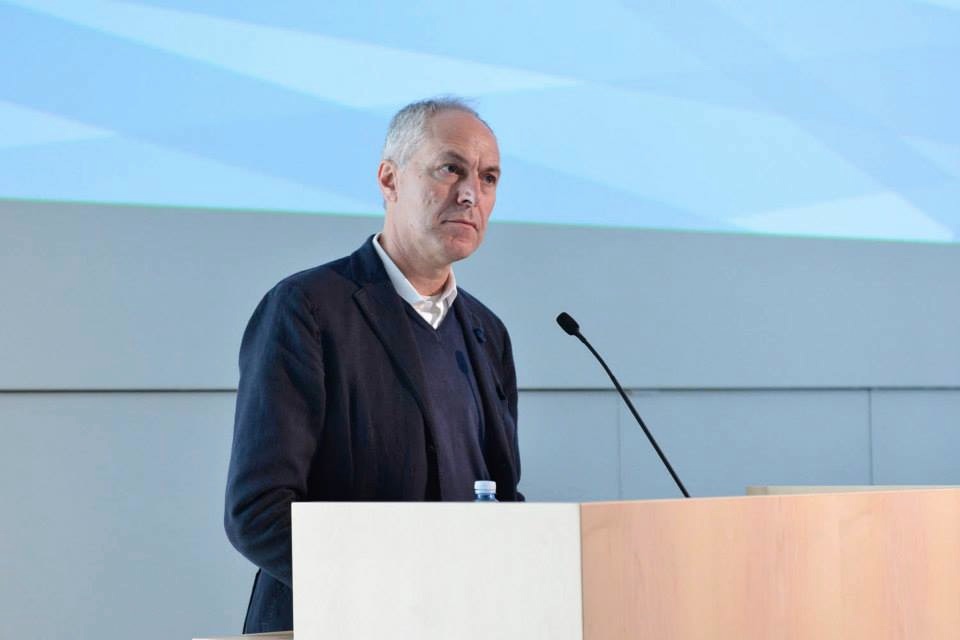