“How do I know what to design? I listen to the stones. I sense the faces around me. I try to build bridges to the future by staring clear-eyed into the past. Does this sound overwrought? I hope not, because buildings should never be maudlin or nostalgic; they should speak to our time. I am inspired by light, sound, invisible spirits, a distinct sense of place, a respect for history. We are all shaped by a constellation of realities and invisible forces, and if a building is to have a spiritual resonance, it has to reflect these things. No one knows how body and soul are connected, but connect them is what I try to do. I draw from my own experience – it’s what I know – and in doing so, I strive for a universality.”
Daniel Libeskind

Following the i.lab opening ceremony and under the theme “Architectures: building a sustainable heritage”, four world-famous architects gave last week a lecture at the i.lab.  More than 1.200 participants attended the lectures and visited i.lab, the Italcementi Group’s new Research and Innovation Center.

Odile Decq, the French architect who received the Golden Lion Award at the Venice Biennale of Architecture, opened last Tuesday the week with the lecture “Horizons”. According to her, architecture is a quest for dynamic equilibrium of spaces, materials and structures.

The day after was followed by the lecture “Rethinking basics” given by Zhang Ke, the young Chinese architect founder of Standardarchitecture, a leading new generation design firm engaged in town planning, architecture, landscape and product design. On Thursday the Italian architect, Mario Cucinella, focused his lecture on the topic of “cultural empathy” and illustrated the project “Building Green Futures”. Building Green Futures is a non-profit organization established with the aim of promoting sustainable projects and renewable energies to improve the living conditions of the developing countries.

The series of lectures was closed by the lecture “Counterpoint” given by Daniel Libeskind. Daniel Libeskind’s philosophical approach connects architecture and city planning with their social function and develops them through constant dialogue with the people. Since establishing his practice in Berlin in 1989, Libeskind has designed major cultural, commercial and residential projects around the world. These include the master plan for the World Trade Center, the Jewish Museum in Berlin, the Freedom Tower in New York.
This lecture series was a resounding success that enhanced public awareness on contemporary architecture.

A location for cutting-edge research and technological enterprise, as well as a center for sharing culture and knowledge, for its official inauguration i.lab opened its doors to excellence in architecture, welcoming the top names in international design. During Milan Design Week (April 16-22, 2012), as part of the INTERNI Legacy Event at the MilanStateUniversity, i.lab hosted a series of lectures on the theme “Architecture: building a sustainable legacy”. The speakers were architects Odile Decq, Zhang Ke, Mario Cucinella and Daniel Libeskind.

Odile Decq graduated in architecture in Paris in 1978; in 1980 she joined Benoît Cornette to form the ODBC firm (using the two architects’ initials). In 1990 the firm acquired its first major project, the Banque Populaire de l’Ouest building in Rennes, which brought them international fame. Their work has won dozens of national and international awards, including the Leone d’Oro at the Venice Architecture Biennale, the 9th International Prize for Architecture in London and the Prix Architecture et Travail in Rennes. After Benoît Cornette’s tragic death in 1998, Odile Decq continued alone at the helm of ODBC. Recent works included the MACRO contemporary art museum in Rome, the Art Hôtel in Beijing, the restaurant of the Opera Garnier in Paris, the FRACMuseum in Rennes. She is director of the École Spéciale d’Architecture in Paris and a visiting professor at a number of foreign universities, including ColumbiaUniversity. She is a member of the Académie Française d’Architecture, a Commandeur des Arts et des Lettres, a Chevalier de la Legion d’Honneur and an Officer of the Ordre Nationale du Mérite.

Horizons. The lecture’s title refers to the line of the horizon which, for people born in Brittany like Odile Decq, is a constant in their field of vision. When you live on the coast or go sailing, the horizon is the point you want to reach. But, Odile warns, to reach that point you have to negotiate, “you negotiate with the elements of nature, with the wind, with the current, with the waves, with the sun, with the obstacles you meet, to reach that point on the horizon you have set as your destination”. Then once you’ve reached your destination, you realize that the horizon is even farther away, and you want to start off again, to go even farther, to move farther ahead. “For me, architecture is the same thing. My projects are like starting off for an adventure, to reach a point I fix every time I undertake a new project. But then to get there, I’m constantly negotiating the route with the client, with the tools available, with regulations or legal requirements. Once I’ve achieved the point I set for a project, I want to start out again for a new adventure and a new horizon”. 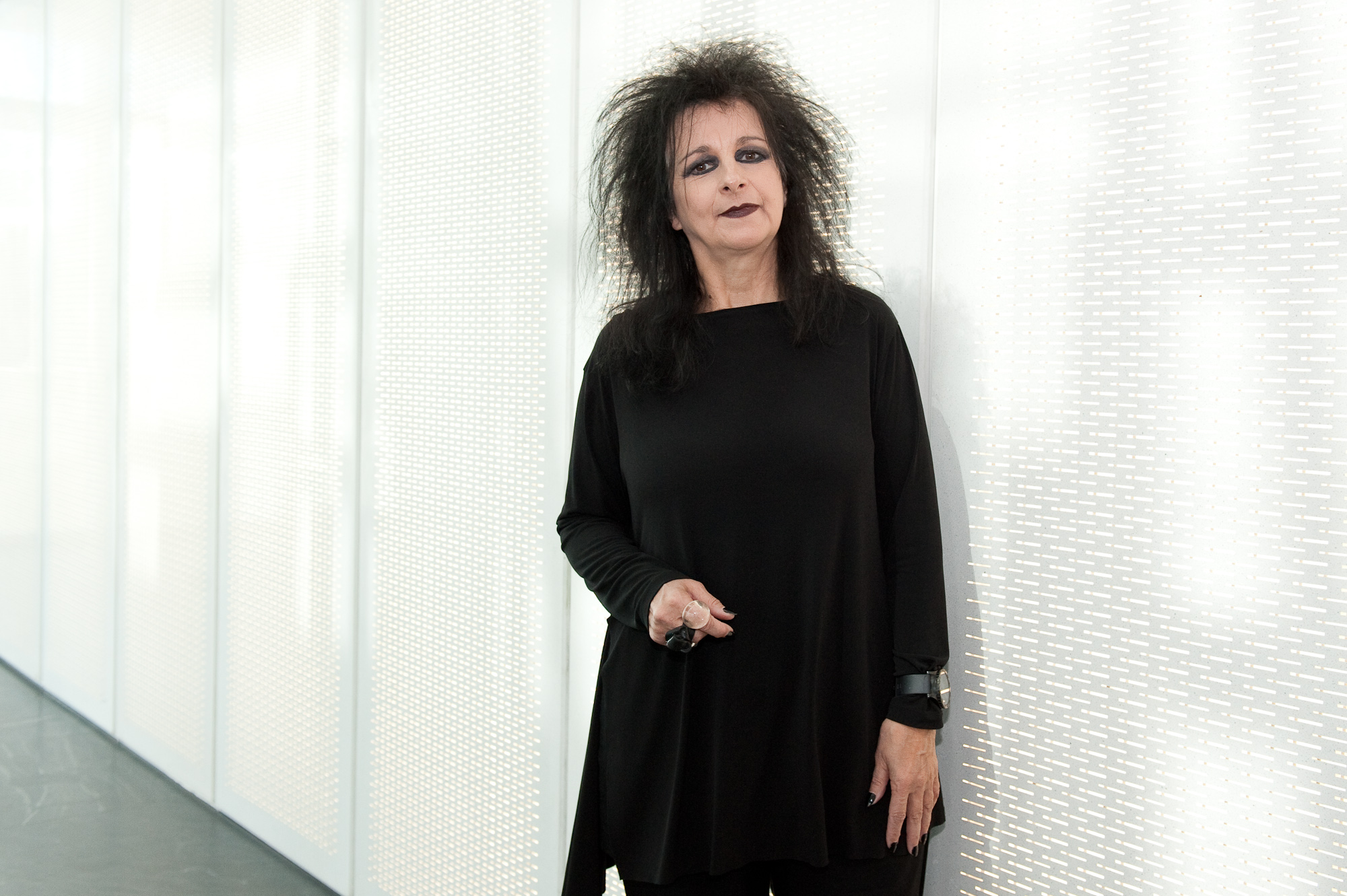 Zhang Ke graduated in architecture from Beijing’s TsinghuaUniversity in 1993, where he took a Master’s in Architecture and Town Planning in 1996, followed by a Master’s in architecture from HarvardUniversity in 1998. In 2001 he set up the Standardarchitecture firm to work in town planning, architecture, landscape design and industrial design. The partners of the Standardarchitecture firm are currently Zhang Ke, Zhang Hong, Hou Zhenghua and Claudia Taborda. Aware of the differences that separate them from the “typical” generations of young Chinese architects, who are often overly emphatic, the members of the firm successfully keep a certain distance from the frenzy of the media and focus on developing urban ideas and visions. Key works include the BeijingDongBianMenMingDynastyCityWallRelicsPark, the “Dancing Triangles” public space in the Pudong district of Shanghai, the urban planning project for the integration of the old walls into the fabric of the city of Xi’an. Awards include the WA Chinese Architecture Award; the China Architecture Media Award (CAMA) in the Best Young Architect section; the Design Vanguard (Architecture Record) and the International Award Architecture in Stone at the Marmomacc fair in Verona.

Rethinking basics. Promoting research that seeks to interpret traditional lifestyles through a modern sensitivity, by combining history and contemporary trends.

Although Zhang Ke’s projects, in design and architecture, are “very different in terms of form, they all refer to the ‘how’ of relating to basic elements. A ‘how’ that has to consider social change as well as technical and technological change”. Zhang Ke takes a hard-line approach: his first project was nothing less than a declaration of war against his Chinese colleagues. “I was very angry when I started, I felt anger, even hate, I felt hate for other architects in China, for international architects and even for my clients, because of the culture at the time. The architects practicing in China were designing buildings without any relationship to culture, or they were exhuming ancient Chinese forms, they were trying to dig them out of the tomb to sell them abroad. One of the reasons why my firm is called Standardarchitecture, written as a single word without a hyphen, is because the name is intended to give a sense of neutrality without implications for specific forms… a bit like rethinking the basics.” 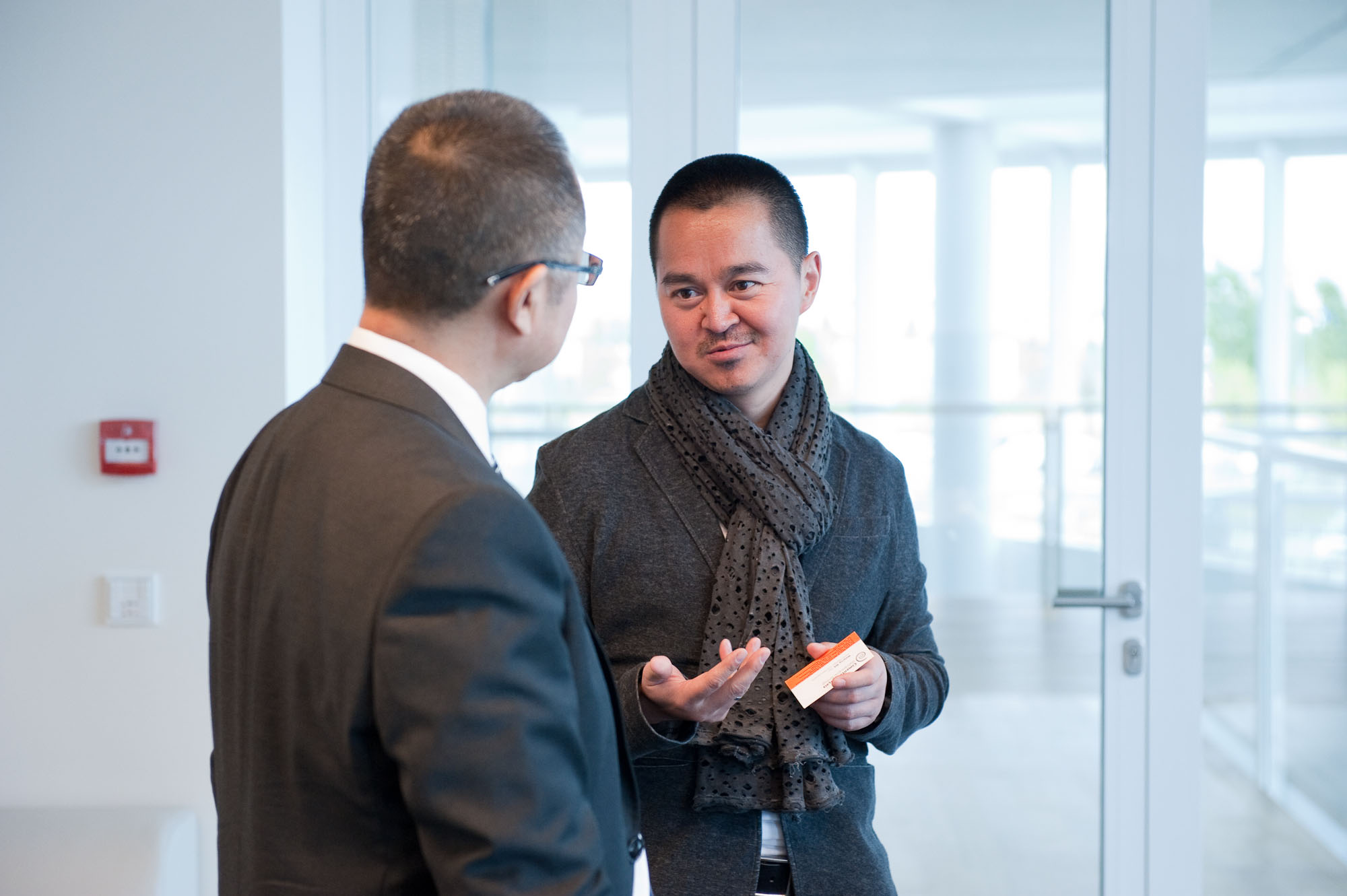 Mario Cucinella graduated in architecture from GenoaUniversity in 1987. He established the MCA Architects firm in Paris in 1992 and in Bologna in 1999. His work has always been distinguished by a specific interest in environmental engineering and sustainable architecture. His projects include: the SIEB-Sino Italian Ecological Building in Beijing; the new townhall in Bologna; the Center for Sustainable Energy Technologies in Ningbo, China; the iGuzzini Illuminazione building in Recanati; Campidoglio 2 in Rome; the Villejuif-Leo Lagrange Paris subway station. Besides his architectural work, Mario Cucinella is active in the research and development of industrial design products and in teaching, as a visiting professor at NottinghamUniversity. His awards include the Energy Performance+Architecture Award, the Special Award for the Environment from the Cityscape World Architecture Congress, Outstanding Architect 2004 from the World Renewable Energy Congress and the 1999 Architecture Prize from the Akademie der Kunste in Berlin.

Empathy as the ability to understand fully the state of mind of cities, of places, of areas, in opposition to a very widespread architectural model that is indifferent to places and people. Empathy as “a sort of definition of the principle of sustainability”, intended not just as a technological and performance approach to construction, but also as attention to values that move beyond urban planning to integrate urban ecology, economy and sociology. “Creative empathy is rooted in the idea that empathy is listening. We say an empathetic person is someone who tries to share another’s feelings, don’t we?” Similarly, in architecture, this concept is the ability to build understanding “the place, the people who live there, the events that happen there, the distinguishing features of the place”. Then comes creativity. “Creativity is an important element in the work of an architecture, but it is also a wild horse that needs to be mastered: creativity for creativity’s sake only leads to exhibitionism and extravagance. Whereas creativity through empathy is the way we can really provide an intelligent and in some way sensible answer to the architecture of a place.” 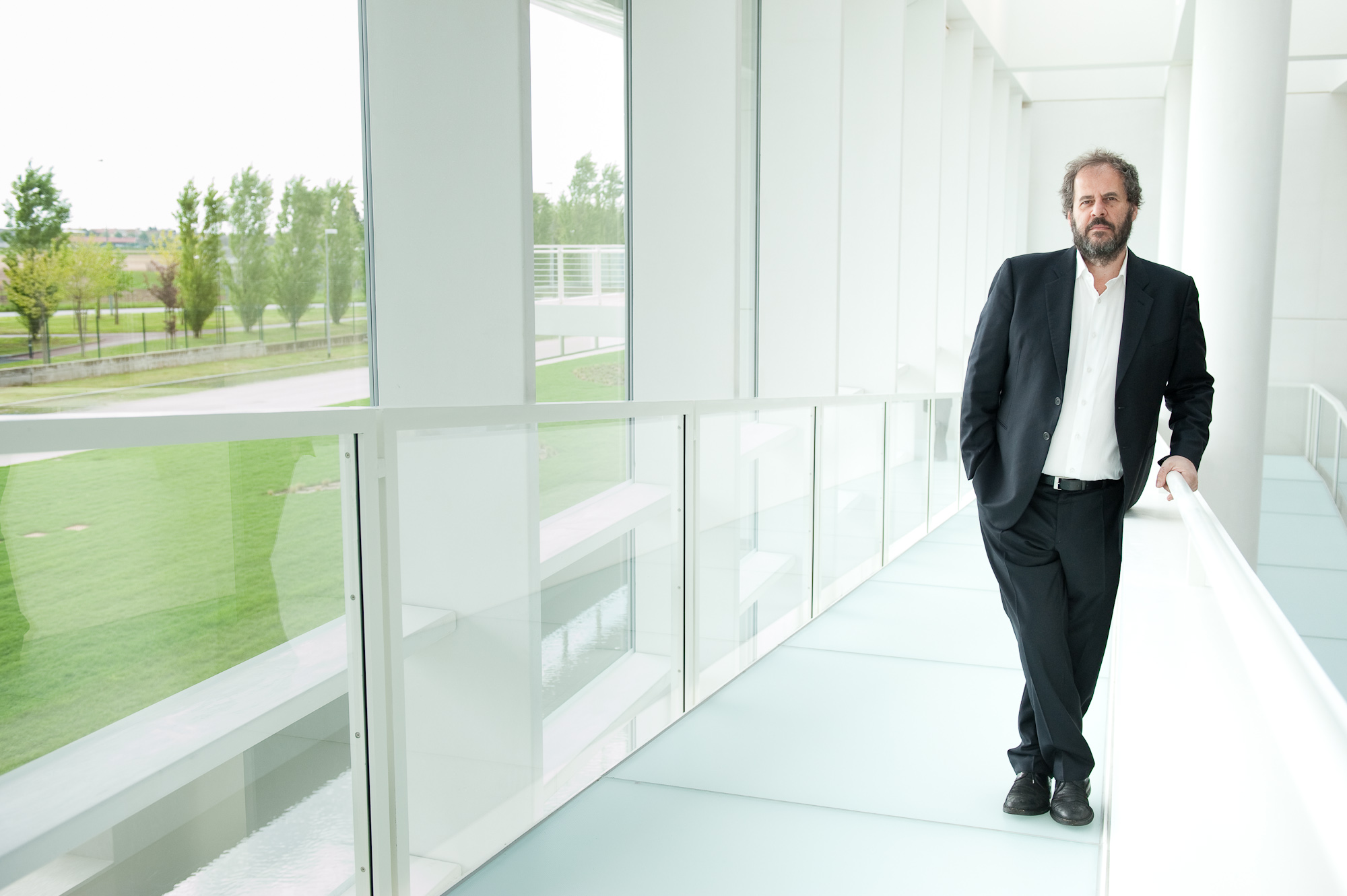 Daniel Libeskind was born in Poland after the war and became a US citizen in 1964. He gained his professional diploma in architecture in 1970 at the Cooper Union for the Advancement of Science and Art in New York City and took a degree in Architecture History & Theory from the School of Comparative Studies at the University of Essex in 1972. Since opening his studio in Berlin in 1989, Daniel Libeskind has designed major cultural, commercial and residential projects all over the world, including the master plan for the World Trade Center, the Jewish Museum in Berlin, the Freedom Tower in New York. Recent projects include the Grand Canal Theatre in Dublin and the Crystals at CityCenter in Las Vegas. Current works include the CityLife redevelopment project for the historic Fiera di Milano, Kö-Bogen, an office block in Düsseldorf, the L Tower in Toronto, Reflections at Keppel Bay, a two million m2 residential complex in Singapore; Zlota 44, a residential tower in Warsaw, and the Haeundae Udong Hyundai Park, a multipurpose development in Busan, South Korea, which will include Asia’s tallest residential building. Daniel Libeskind was Frank O. Gehry chair at TorontoUniversity, a lecturer at the Hochschule für Gestaltung in Karlsruhe, Germany, CRET chair at the University of Pennsylvania and Louis Kahn chair at YaleUniversity. Among the many awards he has received, he was the first architect to be awarded the Hiroshima Art Prize (2001), given to artists whose work promotes international understanding and peace.

In music, counterpoint is the presence of independent melodic lines in a composition, which combine together according to traditional western musical rules. A musician by training, Daniel Libeskind translates this principle into his architectural design work. “Of course it’s a musical concept, but counterpoint is also life, without it there wouldn’t be life: everything in life, every movement, every thought, every spiritual desire is predicated on a counterpoint movement. In a sense, counterpoint is a concept, a metaphysical, philosophical definition of what I believe is a language. For me, architecture is a language, a device to tell stories. Of course, it uses materials, concrete, glass, and so on, but for me architecture is a ‘story’, the story of so much from the past that we are on the verge of losing. At the same time, however, it is also about possibilities, future possibilities opened up for us by the language of architecture. So, a language among communicating human beings, a language that enables us to observe one another, to understand the past and move toward the future. For me this is the most exciting aspect of architecture. 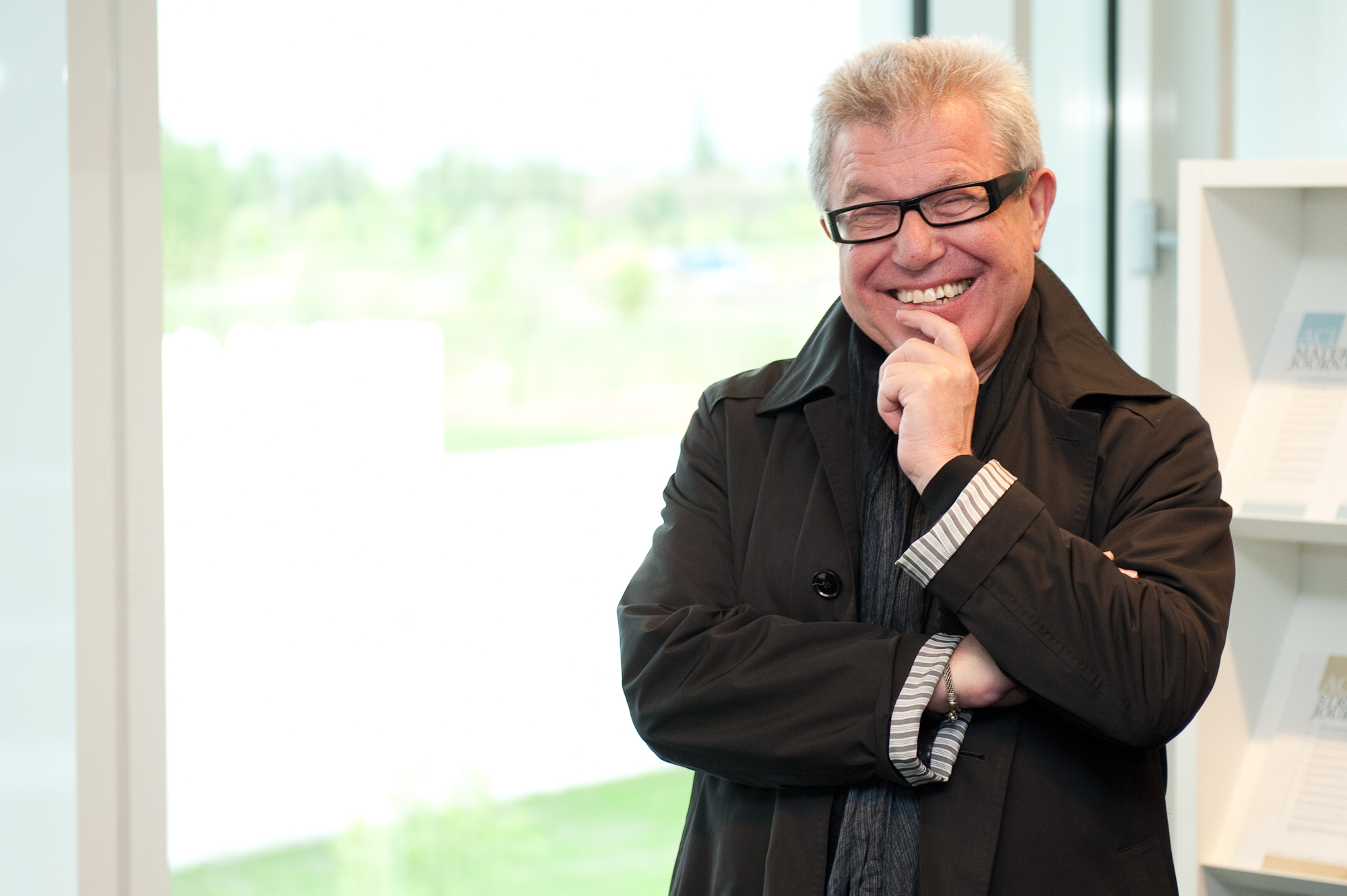