Italcementi and architecture: white concrete for the new venue of Fondazione Prada.

The new Milan venue of Fondazione Prada, located in Largo Isarco in Milan and conceived by architecture firm OMA—led by Rem Koolhaas—consists in the redevelopment of an early 20th-century distillery. Striking bright architectural elements are made of a special white concrete by Italcementi. 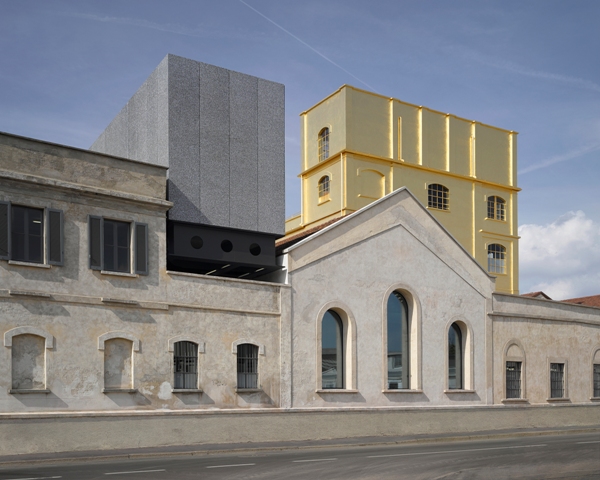 Characterized by an articulated architectural configuration which combines seven existing buildings with three new structures (Podium, Cinema and Torre), the project is the result of two coexisting conditions: preservation of the old and creation of a new architecture which, although separate, confront each other in a state of permanent interaction.

As stated by Rem Koolhaas: “The Fondazione is not a preservation project and not a new architecture. New, old, horizontal, vertical, wide, narrow, white, black, open, enclosed–all these contrasts establish the range of oppositions that define the new Fondazione. By introducing so many spatial variables, the complexity of the architecture will promote an unstable, open programming, where art and architecture will benefit from each other’s challenges”. 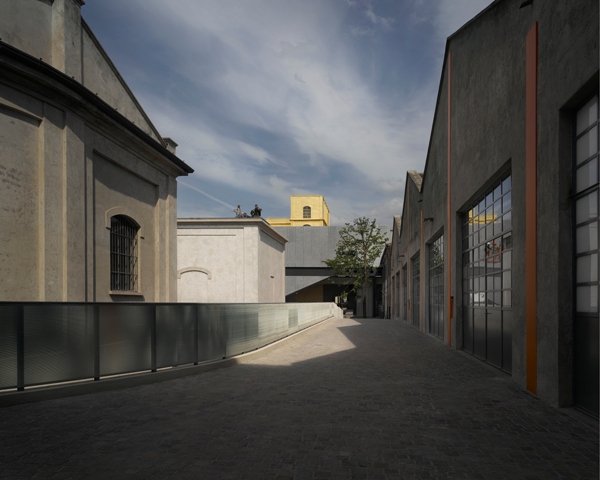