Built in 2003 in Rome and designed by the American architect Richard Meier using TX Active, a photocatalytic cement specifically produced by Italcementi Group for this architectural work. 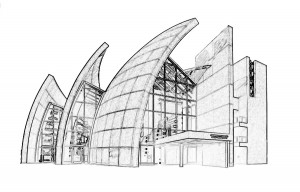 Designed by the American Architect Richard Meier – winner of the International competition by invitation “50 chiese per Roma 2000 (50 churches for Rome 2000)” organized in 1995 by the Vicariate of Rome – the church Dives in Misericordia is an outstanding example where the architectural contents of the great masters – Bramante, Borromini and Le Corbusier – interweave with a rigorous relationship between the light element and the formal purism of Meier’s design language. Dives in Misericordia, the symbol of the Jubilee 2000, consecrated in 2003, is located in the suburban context of Tor Tre Teste in Rome, creating a strong identity where the disorientating density of residential buildings prevails beyond measure over the quality of the architecture.  The essential and severe church complex which has succeeded in connecting the sacredness of its interior with the livability of its great external areas, is characterized by three large white concrete sails that swell as if propelled by a wind blowing from the East.
Italcementi, technical partner of the project, contributed to the construction of the Church with innovative and high-tech products including the new white cement TX Active® (world patent by Italcementi Group) and continuous supervision of the concrete mix during the construction phases.

A structure of such architectural prestige and symbolic meaning required the use of a very special concrete, characterized not only by high mechanical performance and durability, but also by a white color of considerable brightness, capable of maintaining the aesthetic appearance unchanged over time due to its self-cleaning property. The white cement produced by Italcementi for Dives in Misericordia is the result of extensive laboratory research aimed at optimizing the aesthetic durability characteristics of high quality cement works.The photocatalytic action eliminates the various pollutants – vehicle exhaust gas, flue gas from domestic heating, industrial discharges of chemicals, pesticides – which come into contact with the cement surface, transforming them into substances which do not harm the environment. This allows the original aesthetic appearance of the structure or of the work to be preserved over time.
Thanks to its photocatalytic properties tested around the world, TX Active®, represents a practical wide-range solution. A growing number of public administration officials are choosing it to build or renovate roads and buildings. 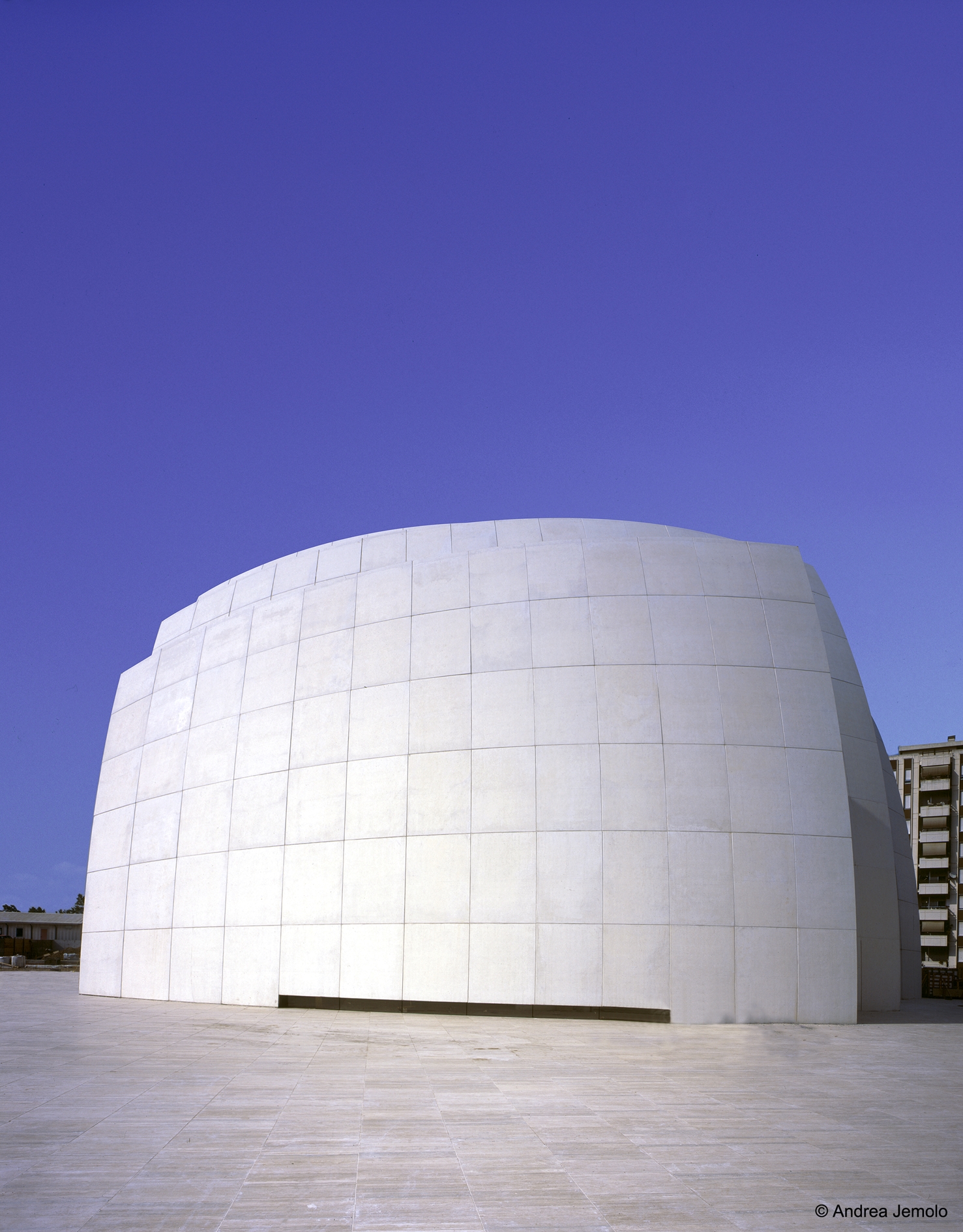