“Stararchitect” Libeskind chooses the innovation by Italcementi for the Magnet residential center in Tirana. 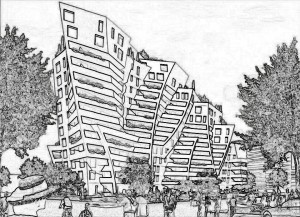 Italcementi Group’s innovative products have been chosen for the construction of Magnet, a large residential center of roughly 800 apartments, designed by the famous architect Daniel Libeskind, who has signed such world-renowned projects as the master plan for the World Trade Center in New York, the Jewish Museum Berlin and the Fiera Milano. For this very original neighborhood, that is currently under development near the city center of Tirana in Albania and is composed of two towers and smaller buildings surrounded by several park areas and common spaces, i.active COAT and i.idro DRAIN will be used.

The first edifice, “Eagle in flight”, has already been finished and will be inaugurated in autumn. In a few days works for the second building, that is called “Orion”, will start.

“This project is conceived as a signal for the City of Tirana. It is about elevating everyday living to the freedoms and open horizons of a rising democracy. The project goes beyond traditional housing; giving light, space, and individuality to its residents. The building is inspired by the Albanian eagle in free flight connecting to Western European Democracy. It is a new paradigm which will shine like a beacon from a lighthouse toward a new and brilliant future for Albania“.

The Magnet is located near the city center, in an area of over 40,000 square meters. The residential neighborhood consists of roughly 800 apartments, ranging in size from 50 to 200 square meters and is characterized by large green areas and terraces on each floor giving the building life and freshness. The building consists of two towers located in the center of the complex area, which will also be used as a commercial space and will be surrounded by buildings with no more than 5/6 floors.

The Italcementi Group researchers are now working on some colored versions of i.active COAT, since the architect would like to distinguish each structure with a different color.

This important partnership with STUDIO Libeskind and KONTAKT, the Albanian company in charge of the construction works, has brought to another important result: the same products are being used to build ANA, another residential complex in Tirana. In this case the project has been signed by the International Architecture Studio CITYFOERSTER based in Rotterdam (Netherlands) and includes four buildings with very comfortable apartments, open and commercial spaces, parking and storage solutions.

Both Italcementi and Devnya Cement will be involved in the projects as material suppliers. 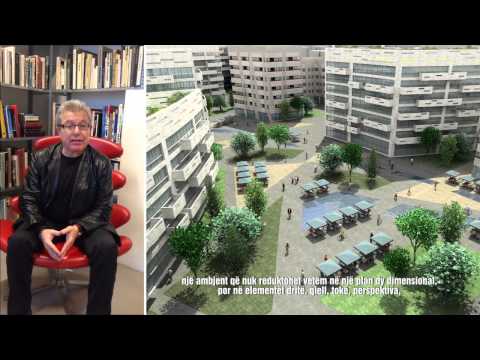