The Victoria and Albert Museum is one of the world’s greatest museums of art and design, AL_A’s project is the V&A’s largest expansion in over 100 years. The construction of the museum gallery started in 2012, and the opening will be in summer 2017.

Some excerpts from the articles of “The Guardian” on the new V&A gallery by Amanda Levete, one of the projects presented for the nomination during the arcVision Prize 2016.

Architect Amanda Levete: “We have a responsibility to be radical and sensitive”, by Rowan Moore, on The Guardian 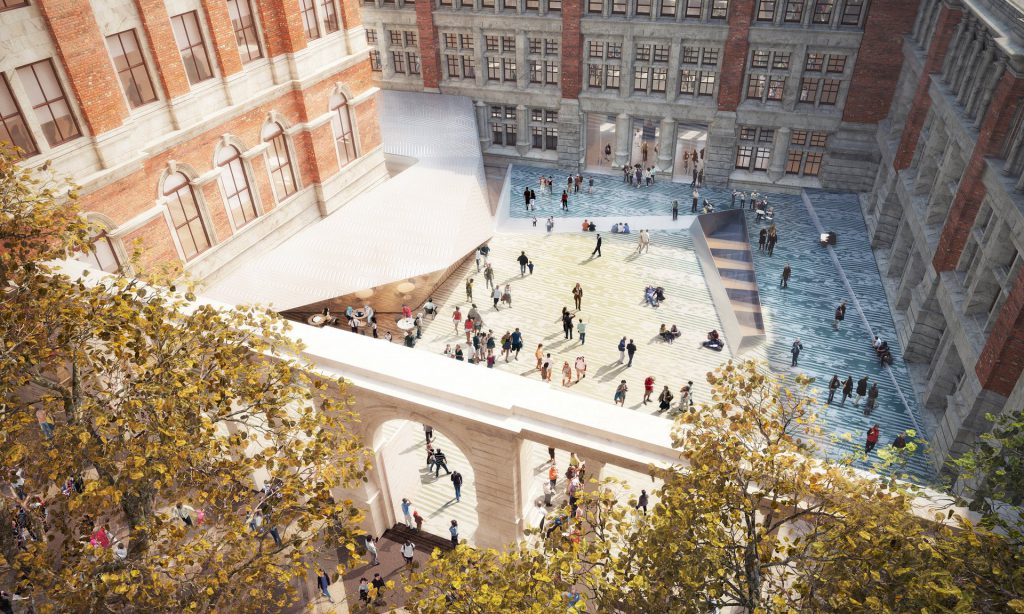 « On the eve of her company’s new V&A gallery, the woman whose steely vision has earned her reverence and suspicion talks about her passion for public spaces. »

« ‘You have to have passion’, she says. She likes not doing the thing first asked for, nor following the way easy or obvious, and using nerve, persuasion and personal contacts to get there. ‘She is quite a piece of work’ says someone who has observed her at close quarters. ‘She’s got that force of personality that big architects have – we’re just used to them being men. She gets people to agree to things often against their better judgment. She gets immense control over a project’. »

« In the middle of designing her new project for the Victoria and Albert Museum, I’m also told, she went back to the trustees to say that she needed more fees to do the job properly – ‘that sort of move is pretty brazen but very effective’. »

« This summer, the V&A will open its new Sainsbury Gallery, designed by her and her practice, and here, too, she has avoided the easy option. To call it a gallery is, in fact, an inadequate description: it will, rather, be the largest room in the whole museum, a church-high, column-free hall ceiled with a 38-metre-span techno-gothic vault, built to house exhibitions on an ascending scale of blockbusteriness – following past triumphs on Alexander McQueen and David Bowie with an opening exhibition on Opera. »

Amanda Levete presented her project “V&A gallery” on the occasion of the arcVision Prize – Women and architecture 2016.

« We are re-imagining the dialogue between street and Museum by modifying the barrier of the Aston Webb Screen between the two, taking the V&A onto Exhibition Road and Exhibition Road into the V&A, and allowing people to drift in. Beyond is a courtyard that creates a major new public place – a destination for events, exhibitions and, above all, for appropriation by the public.

At the heart of the brief is the new exhibition space to accommodate the V&A’s full program of world-class exhibitions. It will feel both of the moment of its creation, providing twenty-first century standards, and a natural part of the continuing development of the museum. The expression of the folded plate ceiling is derived entirely from its function of spanning 30m and soars over the visitor despite being underground. An oculus brings natural light down into the gallery and allows views up to the courtyard.

The descent to the gallery below is celebrated as an important part of the visitor’s journey, woven into the fabric of the museum and framing otherwise-impossible views of the fine façades. Visitors are drawn by natural light, with descent and ascent designed with a specific focus on the theatre of the journey and the interplay between new and old. »  Read more 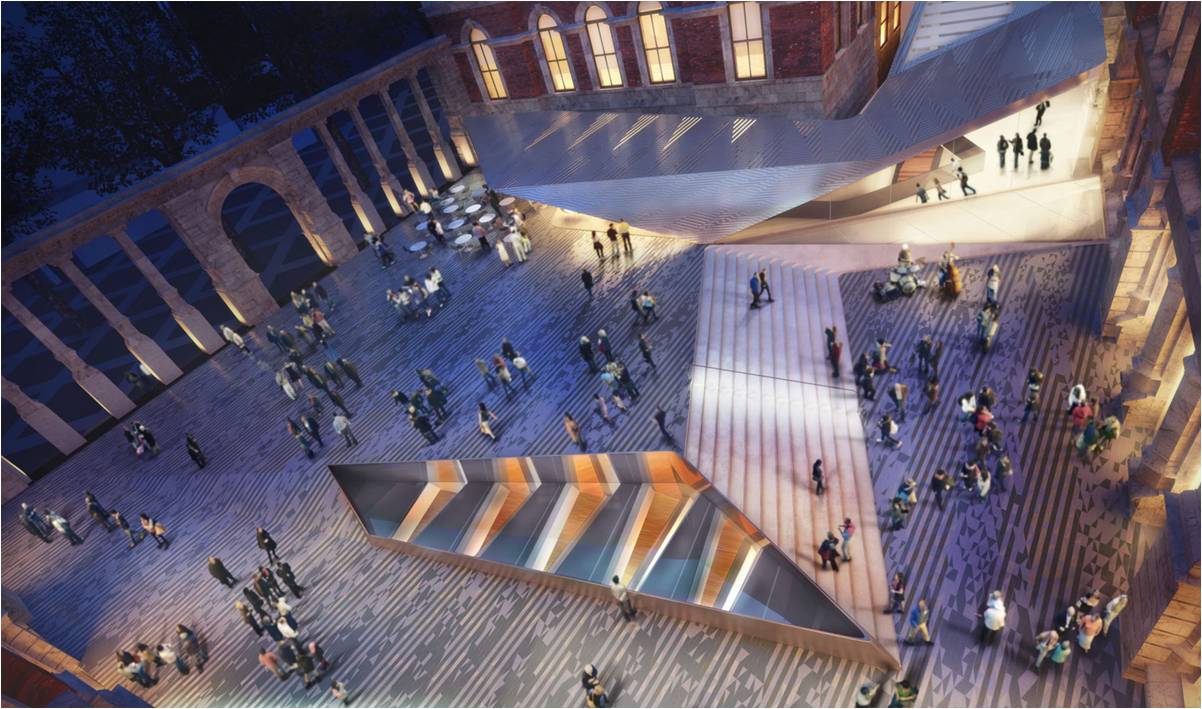 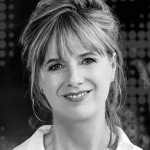 Among the nominees of the arcVision Prize – Women and architecture 2016. Active for years within the Future Systems studio and independently since 2009, Amanda Levete inherits the culture of avant garde construction, with the belief that every architectural project should be represent a form of innovation. Her professional experience with AL_A studio led to major achievements and gained her international visibility. Perhaps the most noteworthy of these is the expansion of the Victoria & Albert Museum in London, which included a new gallery for temporary exhibitions, a courtyard for public use, and a new museum entrance. The underground project embodies the the great attention Amanda Levete pays to the theme of facades, and in particular to the “fifth facade,” the roof.   ala.uk.com