Giulia De Appolonia – The nominees of the arcVision Prize, today.

Personal Languages and Universal Experiences by Michele Calzavara. The nominees of the arcVision Prize – Women and architecture on “Abitare“.

« Starting out from Politecnico di Milano in the early 1990s thanks to the Erasmus programme, Giulia De Appolonia trained in Lisbon, where she worked for many years with João Luís Carrilho da Graça. In 2000 she opened a studio of her own and won the competition for the Bragança Science Museum, her first personal recognition. » 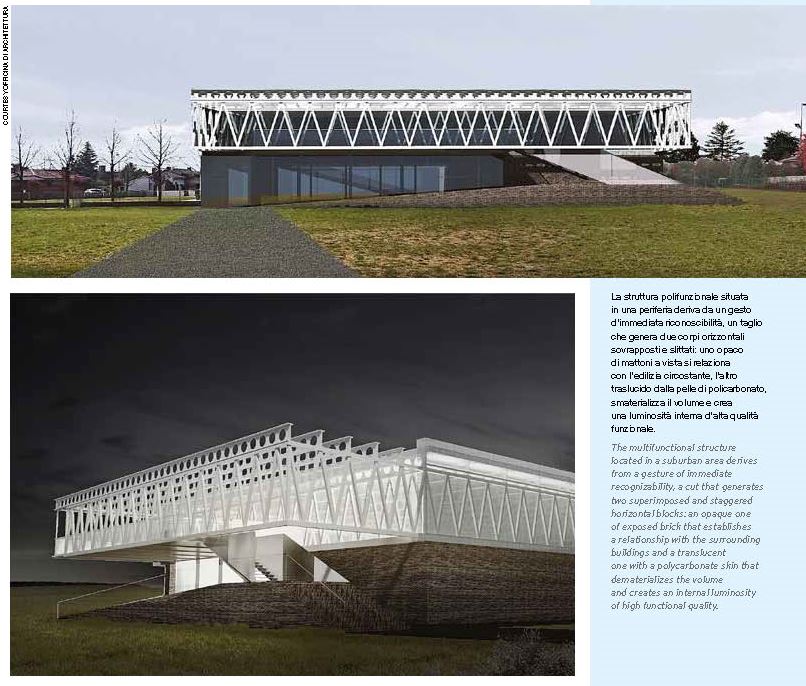 « For a variety of reasons she chose to return to Italy in 2005, where she won the competition for the Animal Disease Prevention Institute in Brescia. The museum in Bragança, overseen from Italy with confidence in the knowledge that in Portugal the contractors actually look at the working plans (!), was completed in 2007, but the institute in Brescia was never built. »

« For De Apollonia, who has just returned to Italy, this has signified intensifying the investment from her base in Brescia but with a redistribution of energies. The ABDA studio was set up in 2008 with Camillo Botticini and this led to a period rich in large-scale projects. Today, however, she has returned to smaller scale projects whose processes and results are easier to keep under control (partly in order to ensure a better “work-life balance”, something that is a very specific female requirement, and not just in Italy). In 2014 she founded Officina d’Architettura, and the project for the G. Zanella state school at Villafranca is its most recent undertaking. » 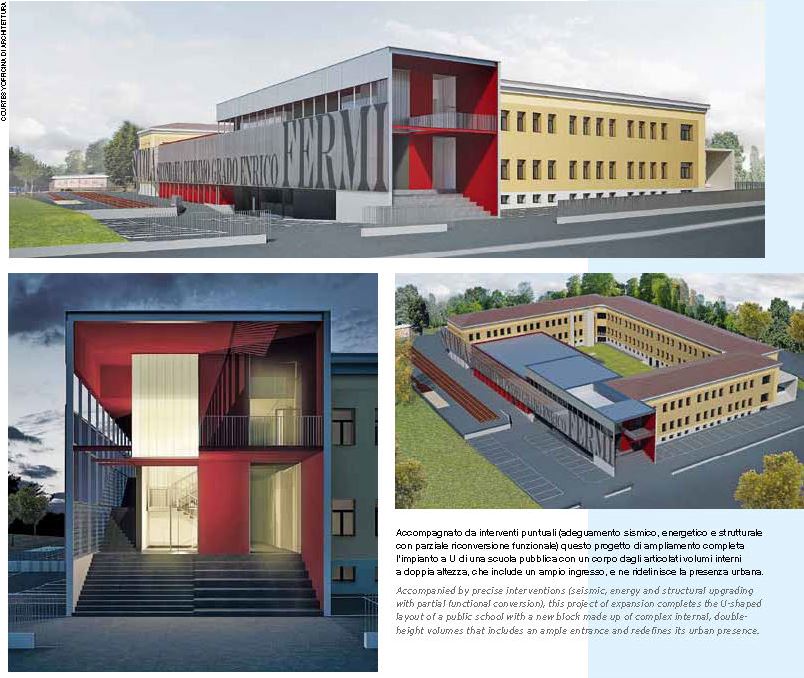 « Common to these experiences is a cosmopolitan ability to use personal languages (including the memory of teachers or influential figures) to interact in a rigorous manner with differentiated local qualities. This ‘case-by-case’ logic can be seen clearly in the worth mentioning the E. Fermi school at Palazzolo sull’Oglio, and the calibrated representativeness of the sports hall at Olgiate Olona as well as the visionary character of the educational eco-park of Fossamerlo. » 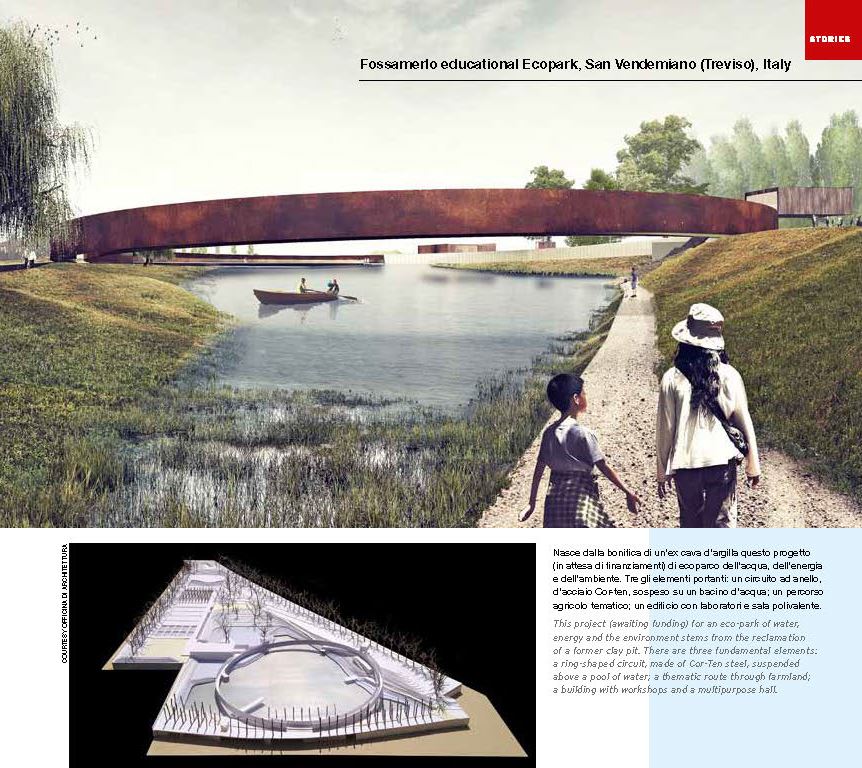 Giulia De Appolonia and her vision for the presentation of the arcVision Prize 2015:

« Despite a current trend that increasingly interprets architecture as a discipline intended to determine the image of the building and not its substance, I believe that the central role of the architect is to direct and coordinate the various disciplines that contribute to the design of a building. In this way she/he is able to synergistically achieve a valuable result simultaneously along the technical, aesthetic, and spatial dimensions. This coordinator role necessarily relies on the ability and intelligence to fill and grasp the existing conditions, to “listen” in silence to the site, history, people and engineers, and to produce a 360 degree response. From this perspective architecture is a social discipline that plays the fundamental role of shaping all the spaces of our everyday lives that eventually affect the activities taking place within them. I strongly believe that this focus and projection on the end-user distinguishes architecture from any other artistic discipline. » Read more

The projects presented during the arcVision prize 2015 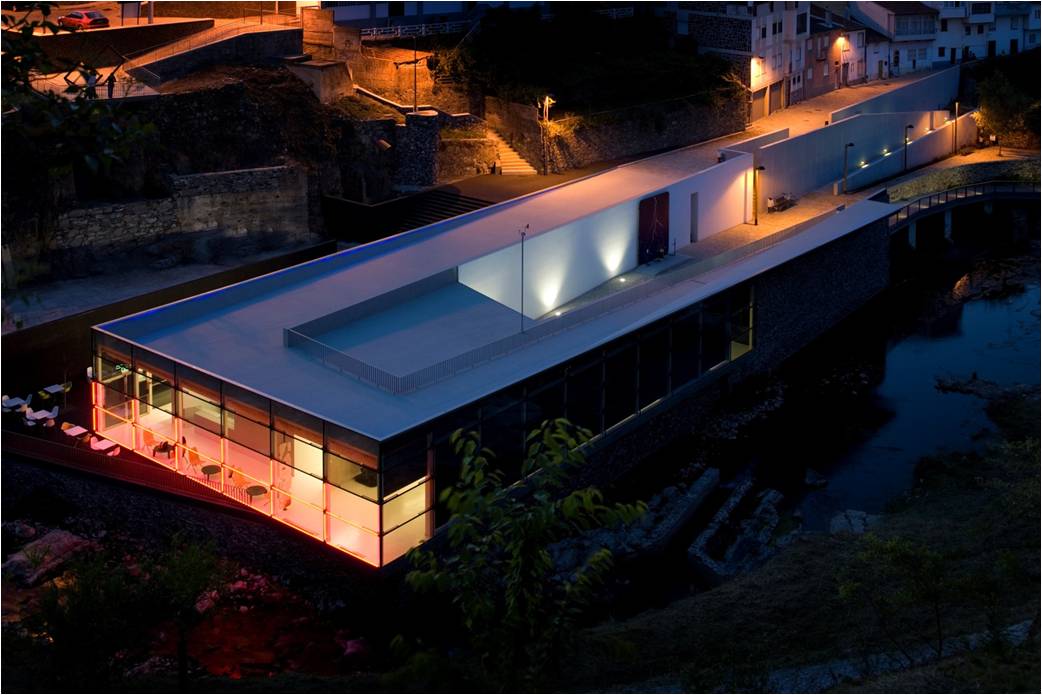