The Art Museum “Tenerife Espacio de las Artes” (TEA) by Herzog & De Meuron and Virgilio Gutiérrez is located in the old center of Santa Cruz. It consists of a large multi-level structure on the right-hand side of the “Barranco de Santos”―the ravine which cuts the city in two―hosting a library, an exhibition space, a modern art museum and a center for photography. 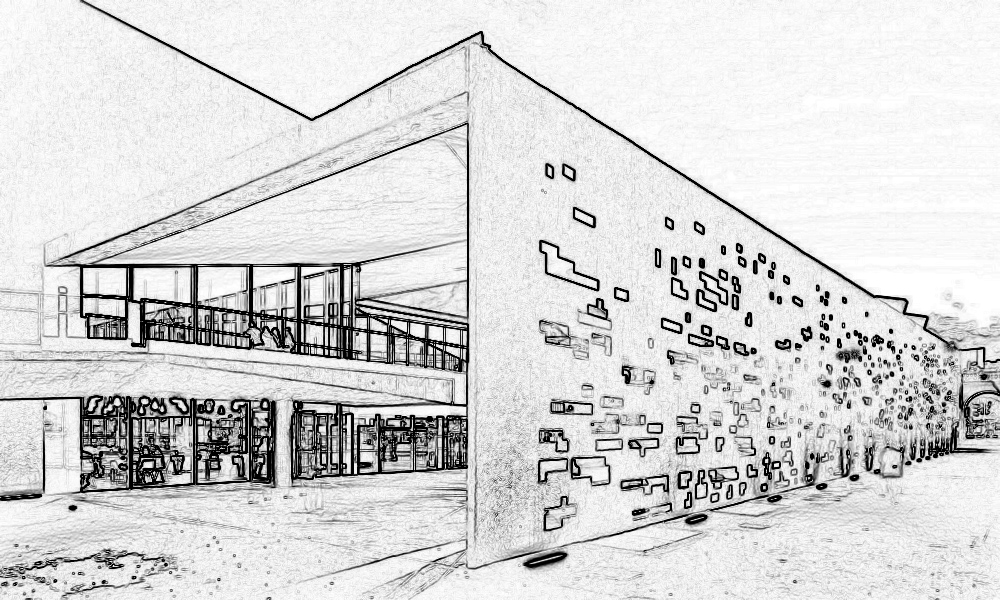 Located in Santa Cruz’s restored old quarter the TEA is a multi functional exhibitions center, a lively place for people of all generations and with various interests, where the different activities and spaces of the Center are interfusing and interflowing. A public path cuts diagonally through the building complex connecting the top of the General Serrador Bridge with the shore of the Barranco de Santos.

The path literally cuts through the large reading room of the Biblioteca Insular where large glass screens allow for views inside and outside the generously open space of the library. On its way down to the Barranco the path is widening, transforming itself into a triangular, semi-covered space in the heart of the Cultural Center. This triangular public Plaza, enlivened by the Museum Café and Restaurant, orients visitors towards the building complex and the Lobby; conceived as a spatial continuation of the Plaza.

In the Lobby a large spiraling staircase, behind the Museum Shop and Ticket counters, connects to the upper and lower museum level. The upper level has skylight galleries in various sizes adapting to the requirements of the Oscar Dominguez Collection. The lower level, housing the “Centro de Fotografía” Isla de Tenerife, can be subdivided to match the needs of temporary exhibitions. Ceiling heights on both levels are close to 6 meters. The building’s exteriors are finished in dark grey colored concrete, pierced by small pixel-like glass-filled openings, in random patterns, that filter the natural light to the interior. The perforations were created using a complex formwork system.

A new landmark for Santa Cruz
The TEA was commissioned by the Tenerife Island Council which uses it for island-wide cultural activities and exhibitions. The complex is home to the Óscar Domínguez Institute of Contemporary Art, the Tenerife Photography Center and the Tenerife Library, as well as a small auditorium, a cafe/restaurant and a gift shop, all of which can be accessed from the street.

The building is characterized by a dialogue between the void, defined by an external stone wrapping, and the diagonal pathway activating it. This urban diagonal explores its dynamic dimension and generates an oblique geometry that resonates spatially, creating a three-dimensional urban landscape. And it is precisely in the library where this is most intensely felt – here the spatial richness and urban scale create one of the most interesting spaces in the complex. The interiors feature two types of complementary lighting: that which filters through apertures in the undulating roof and that which enters through perforations in the concrete walls.

“From the very beginning of the design process we operated with courtyards, also because we wanted to connect the new TEA typologically with its existing neighbor building, the Antiguo Hospital Civil which has recently been transformed into the Museo de la Naturaleza y el Hombre. However, it took a while before we understood that all different activities and functions of the TEA should be assembled under one continuous roof structure rather than break down into individual wings. This is also one of the reasons why the elongated courtyards do not appear like embraced exterior spaces but rather like interior spaces that are being left open. The spatial interplay between inside and outside integrates rather than separates the very diverse urban landscapes which are so fascinating in Santa Cruz. The new cultural centre is therefore not only a place of encounter for people but also a place of intersection for the landscape of the contemporary city, the old city with its skyline along the Barranco and the archaic topography of the Barranco itself.”   Herzog & de Meuron, 1999/2008 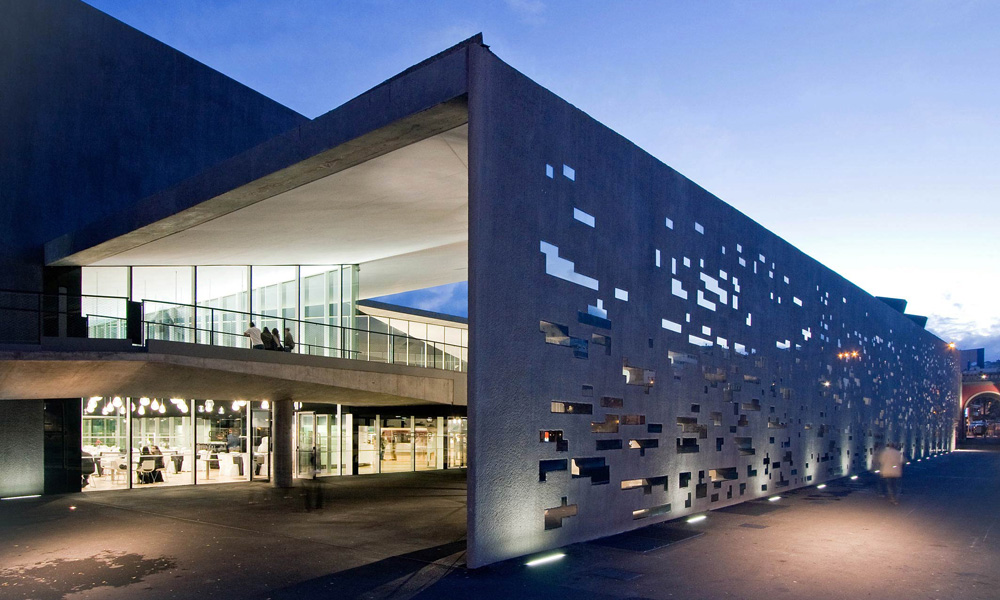