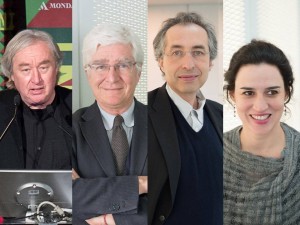 To coincide with the FuoriSalone 2013 event, Italcementi will organize this year as well a series of meetings with internationally known architects.

These lectures are planned within the framework of the event exhibition INTERNI HYBRID ARCHITECTURE & DESIGN, and will feature Steven Holl, Luca Scacchetti, Sergei Tchoban and Carla Juaçaba, winner of the first arcVision Prize – Women and Architecture, the international prize for women architects in the social sphere set up by the Italcementi Group.

The series will be opened by Steven Holl with his “Time Light” lecture, which will be held on April 9 2013, 10:00 am in the Auditorium of the State University of Milan. Considered one of America’s most important architects, Steven Holl is recognized for his ability to blend space and light and to integrate new signs into contexts with particular cultural and historic importance.

Three meetings will take place at i.lab, the Italcementi Research and Innovation Center in Bergamo. The first – on April 10 2013, 10:30am – will feature the Italian architect Luca Scacchetti with his lecture titled “Normality, Place, Measure”. His portfolio includes both public and private projects ranging from civil engineering to hotel and residential building, to urban planning and design.

Russian architect Sergei Tchoban will make his presentation on April 11 2013, 10:30am. His architectural projects, which include the tallest building in Europe (the Federation Complex under construction in Moscow), stand out for a modern architectural language combined with respect of landscape, urban context and local traditions.

The meetings with the big names of international architecture will be closed – on April 13 2013, 10:30am. – by Brazilian architect Carla Juaçaba – winner of the arcVision Prize 2013. Her most famous work is the 2012 Humanidade Pavilion built on the occasion of Rio+20, the UN Conference on sustainable development. Carla Juacaba embodies those qualities necessary in an architect of courage in approaching her profession, creativity in seeking unconventional solutions and enormous sensitivity to the context in which her works will reside.

STEVEN HOLL ARCHITECTS is a 40-person innovative architecture and urban design office working globally as one office from New York City and Beijing. Steven Holl, born in 1947 in Bremerton, Washington, leads the office with senior partner Chris McVoy and junior partner Noah Yaffe. Holl graduated from the University of Washington and pursued architecture studies in Rome in 1970; in 1976 he attended the Architectural Association in London and established Steven Holl Architects in New York City. Considered one of America’s most important architects, Steven Holl is recognized for his ability to blend space and light with great contextual sensitivity and to utilize the unique qualities of each project to create a concept-driven design. Steven Holl is a tenured faculty member at Columbia University where he has taught since 1981. In 2001 Time Magazine named Steven Holl as America’s Best Architect; he was awarded the 2012 AIA Gold Medal, and the 2010 Jencks Award of the RIBA. Steven Holl Architects, internationally-honored with architecture’s most prestigious awards, has realized architectural works with extensive experience in campus and educational facilities, the arts (including museum, gallery, and exhibition design), and residential work. With each project Steven Holl Architects explores new ways to integrate an organizing idea with the programmatic and functional essence of a building. Rather than imposing a style upon different sites and climates, the unique character of a program and a site becomes the starting point for an architectural idea. Steven Holl Architects specializes in seamlessly integrating new projects into contexts with particular cultural and historic importance. Several of the projects involve renovation and expansion of historically important structures: in 2007 the much celebrated addition to The Nelson-Atkins Museum of Art in Kansas City, Missouri, opened to the public; recently completed are the Sliced Porosity Block (Chengdu, China), the Daeyang Gallery and House (Seoul, Korea), the Cité de l’Ocean et du Surf (Biarritz, France) and the Horizontal Skyscraper (Shenzhen, China). The Campbell Sports Center at Columbia University will open within the spring 2013, and the Glasgow School of Art will open in September 2013. 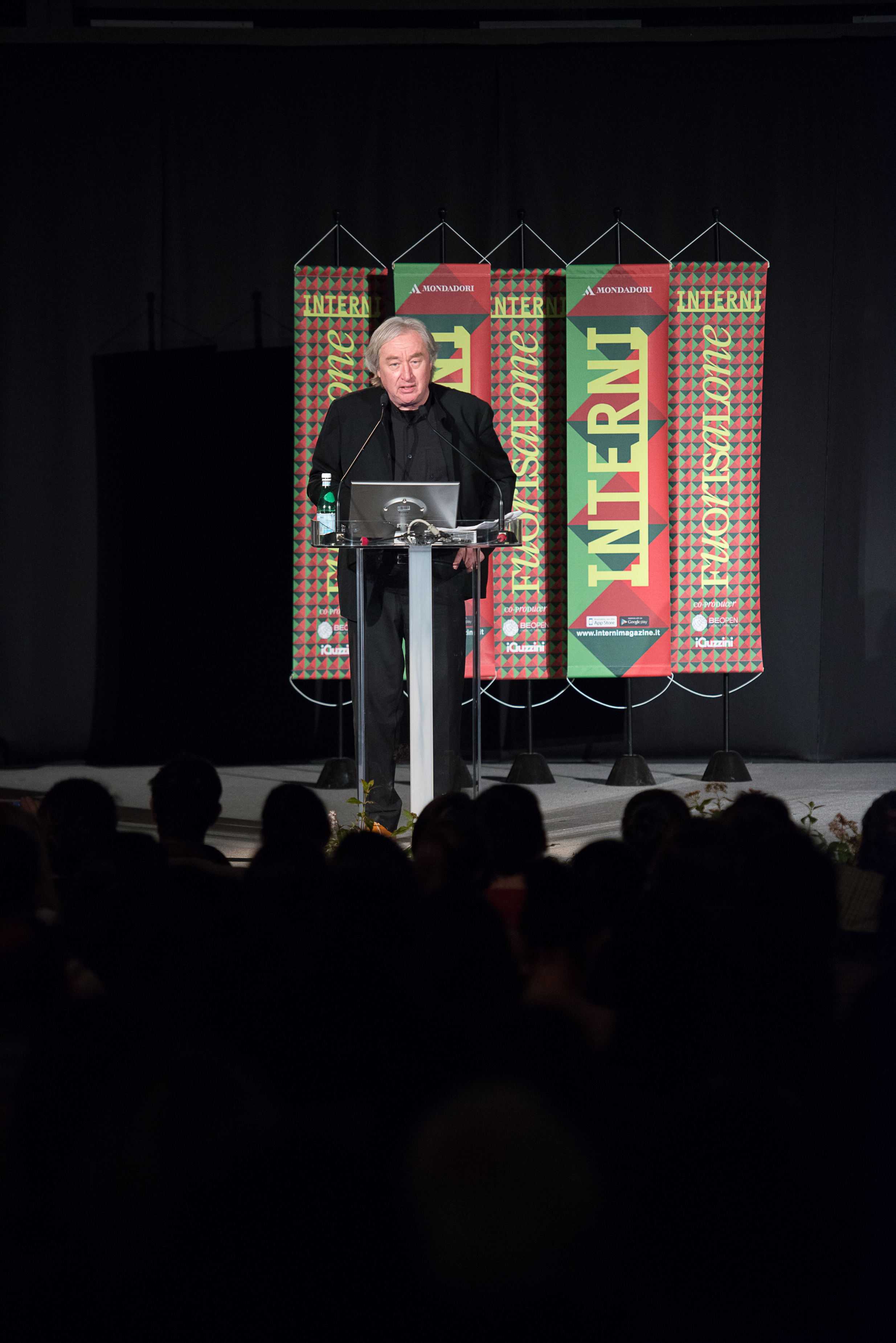 Luca Scacchetti was born in Milan in 1952, where he took a degree in Architecture in 1975. He teaches in several different institutes. From 1990 to 1995 he was Director of the Department of Architecture of the European Design Institute; he presently teaches at the Milan Polytechnic and the Brera Academy. He writes essays and articles on different topics related to the history of architecture, the methodology of architectural design, relationships between project and site, and the connections between architecture and industrial design. He has taken part in many conferences and lectures in Italy, Europe, the Middle East, the Far East and the United States. His works have also been featured in many exhibitions of drawings and art objects.

In China the studio has designed and built, for the Shanghai Expo 2010, a new district

for about 8000 inhabitants at PJ South – Shanghai. The project focus on the relationship with the place and its traditions and the attempt to translate them into a contemporary, timely language. Studio di Architettura Luca Scacchetti also works on design, collaborating with many important Italian and European companies in the fields of furniture, lighting and objects. Alongside coverage in national and foreign magazines, five monographs document the work of Scacchetti and the Studio to date, including “Luca Scacchetti – disegni 1983/2002”, with essays by Paolo Portoghesi and Manlio Brusatin (Federico Motta, Milan, 2002) and “Alfabeto. 82 progetti di design di Luca Scacchetti”, with essays by François Burkhardt, Mel Byars, Aldo Colonnetti and Vanni Pasca (Editrice Compositori, Bologna, 2006). 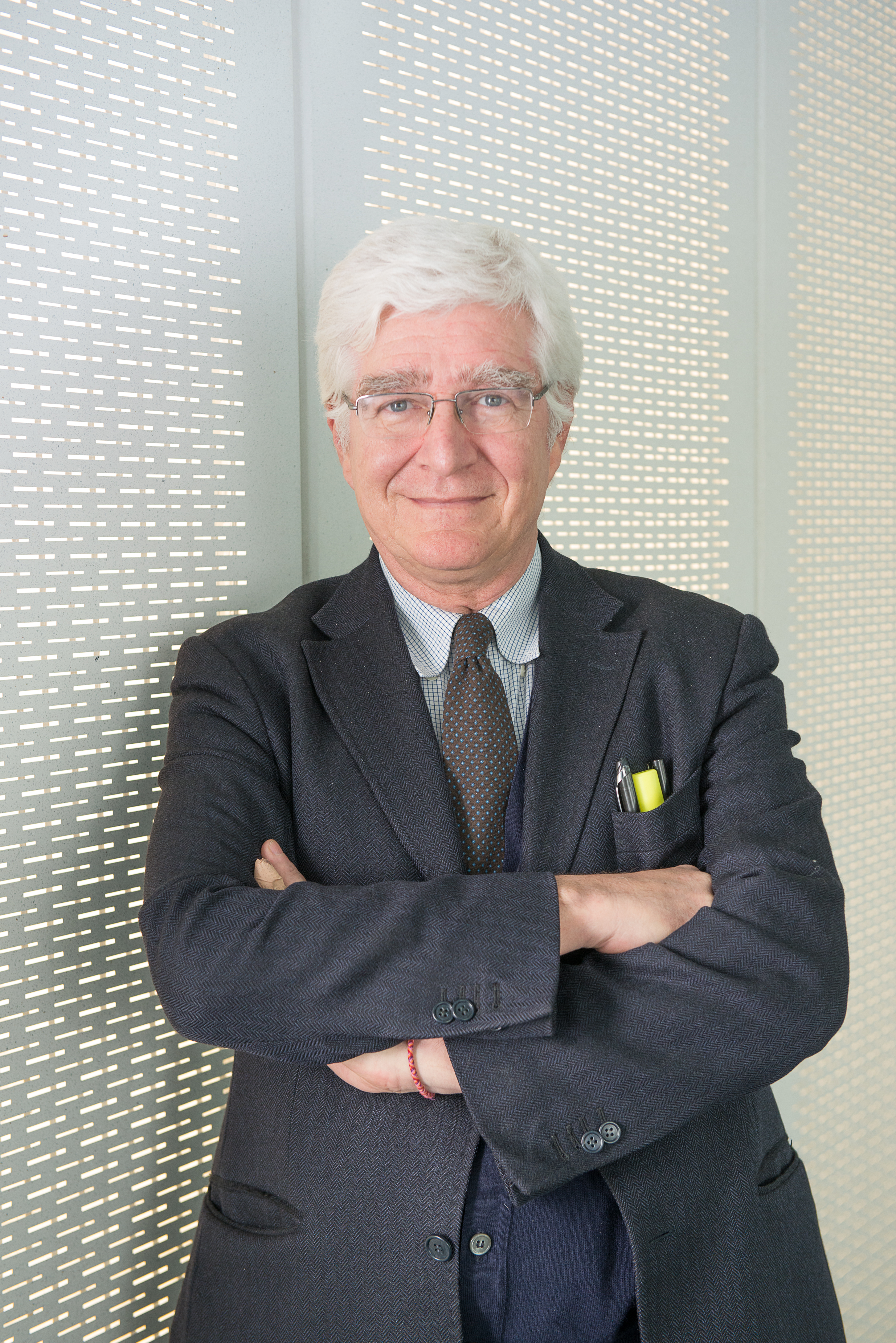 SPEECH TCHOBAN & KUZNETSOV was founded in 2006 as a result of long term collaboration of the Berlin office nps Tchoban Voss and the Moscow office Tchoban and Partners, both directed by Sergei Tchoban, with the bureau S.P.Project, headed by Sergey Kuznetsov. Speech Tchoban & Kuznetsov represents the basis for expanded activities in Russia and Eastern Europe.

Speech Tchoban & Kuznetsov develop a wide range of office and commercial buildings, hotels, condominium blocks, retail and administration centers. Among the most renowned buildings there are the Moscow Business Center at Leninsky Prospekt and the residential complex Granatny 6 (both 2010) as well as the new administrative headquarters of Bank St. Petersburg in St. Petersburg (2011). Current architectural projects of the bureau include the second tower of the Federation Complex in Moscow’s new business district Moscow City, once topping the list of the tallest buildings in Europe, as well as the Water Sports Palace for the World University Games 2013 in Kazan, Russia. By mid-2013 the Museum for Architectural Drawing will be inaugurated in Berlin. Sergei Tchoban was elected curator for the exhibitions of the Russian Pavillon at the Biennale di Architettura in Venice in 2010 and 2012, and Sergey Kuznetsov was elected co-curator in 2012. Exposition «i-citi/i-land» of the Russian pavilion in the XIII Architecture Biennale in Venice was awarded with a special prize (special mention) by the jury in 2012. In 2012 Speech Tchoban & Kuznetsov was appointed Architect of the Year. In September 2012 Sergey Kuznetsov became a Chief Architect of Moscow. 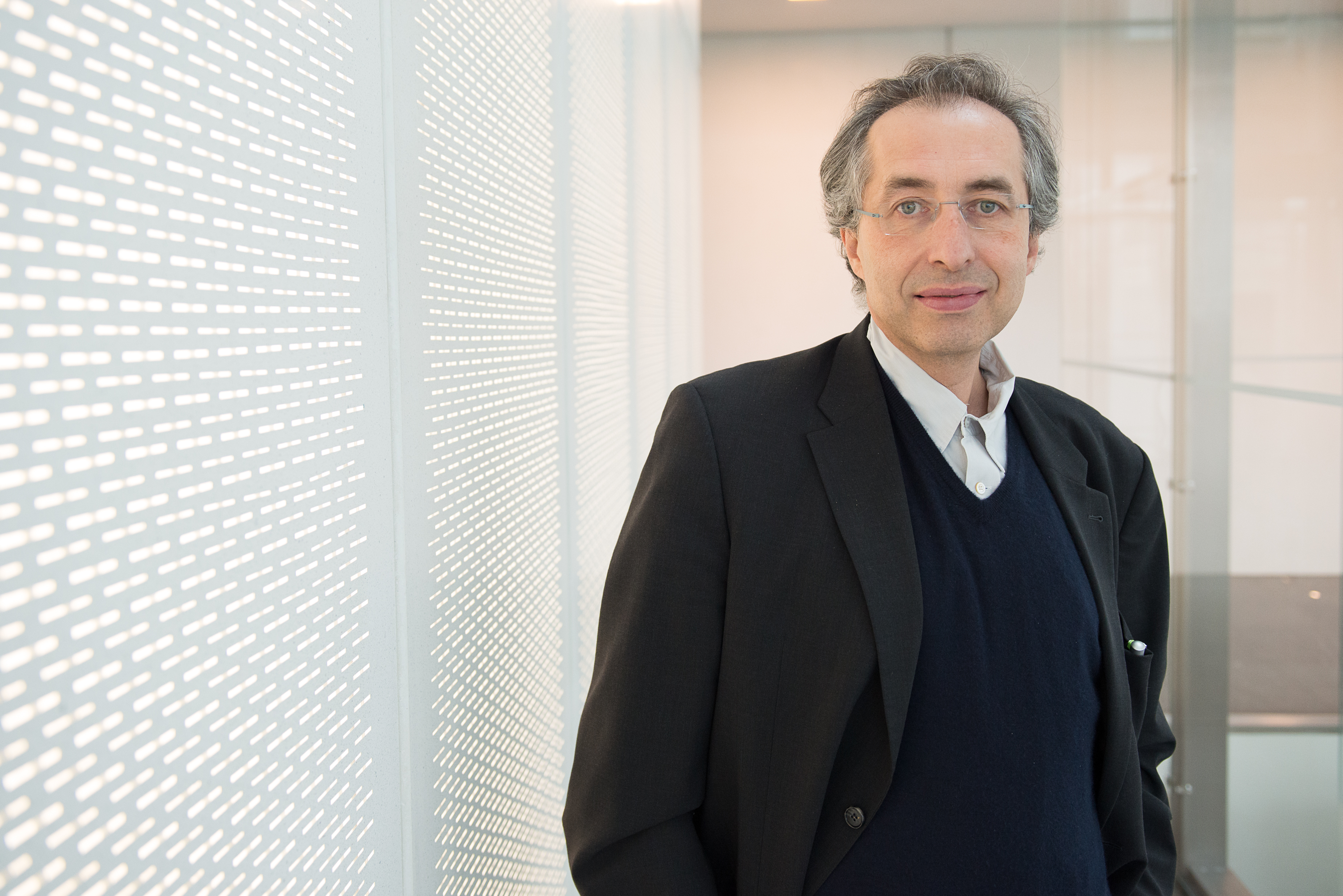 Born in 1976, since 2000, Carla Juaçaba developed her independent practice of architecture and research based in Rio de Janeiro, Brazil. Her office is currently engaged in both public and private projects, focusing on housing and cultural programs.

Since undergraduate student she worked with the architect Gisela Magalhães of the Niemeyer’s generation, mostly in the area of exhibitions related to the Brazilian native arts and historical museums. During her first year after college (2000) she worked jointly with another architect Mario Fraga on the project named “Atelier House”. Following that, a series of projects have been conceived such as the “Rio Bonito house” (2005), the “Varanda House”(2007), the “Minimum House” (2008),“Santa Teresa House” in its final stage (2012), and a couple of exhibition design. Current works includes the ephemeral pavilion conceived with the senior scenographer and theather director Bia Lessa, “Humanidade2012” for Rio+20, the recent international meeting held in Rio de Janeiro. And also tow houses on the outskirt of Rio. Carla Juaçaba is constantly a part of the academic and teaching realms, as well as research studies, lectures, biennales, exhibitions and recently was the Jury at BIAU Bienal Ibero Americana in Madrid (2012). She is currently teaching at FAU-PUC RJ Pontifícia Universidade Católica. Her work is focused on an intrinsic issue of the discipline: the poetics of tectonics, and its expressive potentiality. 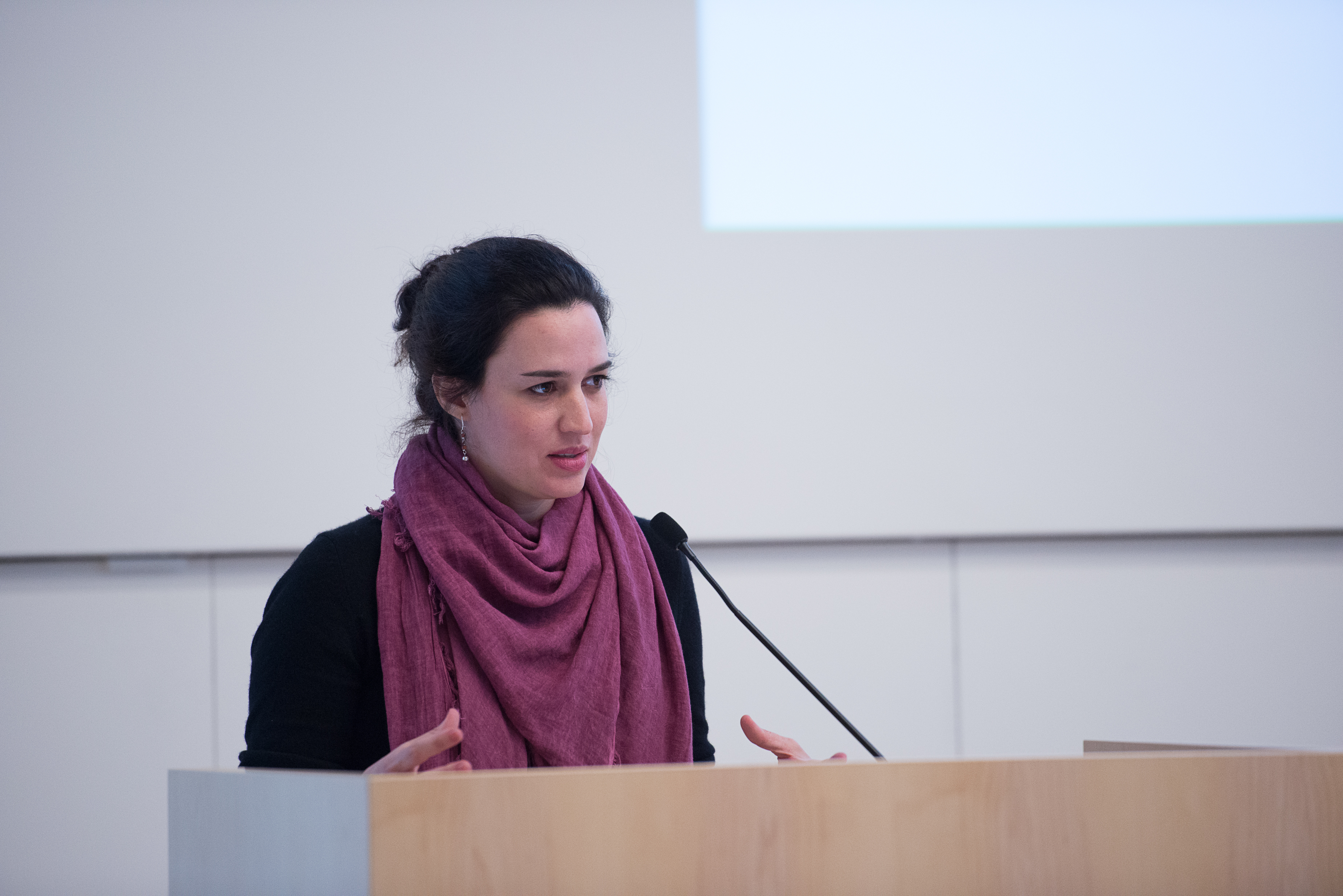