In the global architectural landscape, conservation of the past is a theme that plays a key role, but its not just the prerogative of the most rich and politically stable countries — even in the geo-cultural areas more marked by contradictions this theme leaves ample space for the “patient pursuit” of many female architects. 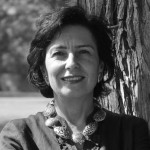 The Egyptian architect Dalila Erkedany, well aware of this possibility, has built an original professional practice, assuming a primary role as the head of the Heritage Conservation Committee in the Port Said area. Her work in design and conservation covers both monumental buildings like the Damanhur town hall, transformed into the Creative Center, the remarkable New Luxor Culture Palace (2007-2012), or in the minute fabric of life and in the social rites represented by the restoration of the Hammam Al Tambali (2009-16), one of the oldest and most beautiful of its kind in Cairo. In these drastically different situations, Elkerdany works with the same meticulous attention to recreating a harmonious relationship between the need for the past and a desire for the future. www.mimar-architects.com/people/dr-dalila-el-kerdany

“Throughout her work and career, Dalila ElKerdany has held the belief that architecture and urban design play an important role in comprehensive and sustainable development. Coming from Egypt, where heritage and antiquities play a major role in people’s lives, she believes that they could and should be the pole and starting point for development. Through her work she has dealt with the rehabilitation of areas and buildings of value, culture centers, restoration, putting new and contemporary fresh and futuristic visions within old structures.”

The idea is to rehabilitate the old city council building and turn it into a creativity center. The project upgrades the building and equips its spaces with state-of-the-art finishes and equipment. Meanwhile it restores the facades and interiors. The new Damanhur creativity center is a unique example, which aims at fostering the cultural development of a provincial population. The building consists of a Lecture room, Studios, Exhibitions, Music halls, ballet folklore classes, IT halls, Women and Environmental craft hall, Literary salon, audiovisual room, Youth reading hall and kids’ library. The youth reading hall and kids’ library encourage people of all ages to read, since we know the value of reading. But in an increasingly digital world, the role of libraries as community and cultural centers is at times undervalued, which is why we believe that libraries are important partners in sustainability and focal points for community development: libraries are major players in creating livable, environmentally friendly cities and towns.

The IT Halls improve youth and children’s education and computer skills, enabling them to pursue better work opportunities. The music and ballet folklore halls aim to re-awaken the multi-layered complexity of Egyptian music and arts, and to return them to the critical role they have played in the daily life and imagination of the Egyptian people, by presenting them in new contexts to encourage perception of music and arts as a resource for creativity. The Women’s craft hall empowers women and helps them to be more independent socially and economically. The atrium plays an important role in the building too: it is used as a multi-function public space and is covered with an added space truss to optimize the building’s environmental performance and enhance its functional requirements with regard to service and recreation. 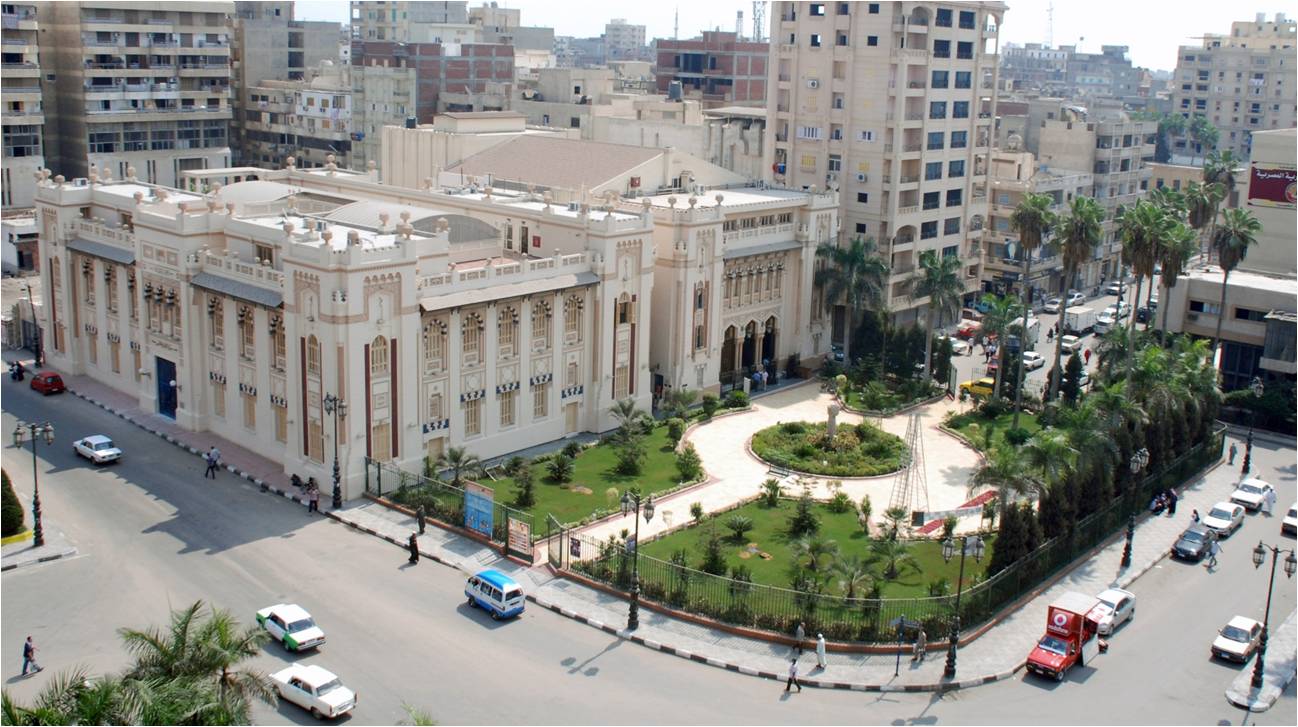 The Culture Palace design is based on a “poly-center” concept, to regenerate heritage. The palace is established for several kinds of recreational activities and the program consists of: Main theater, open theater, library, sculptural art hall, art exhibition, vocational training, hostel for visiting troops, children’s center, science club, dance training halls, music halls, workshops, literature hall and environmental exhibition. The new Culture Palace aims at fostering local socio-cultural development in an important touristic destination. The design morphology regenerated the traditional multi-pole pattern. In so doing, the building concept encourages dialogue and acceptance of the different cultures within the Egyptian and Luxor community. The building was constructed with the constraints of a moderate budget which influenced the choice of local building technique and materials to optimize financial outlay. It is also considered an educational benchmark for future projects.

The theater has a 500-seat capacity and is considered the first professional theater and the largest in Luxor. It is used to promote traditional Egyptian oral arts, which today are rarely presented to a wide audience. The literature hall is to encourage the diversity, specificity and vibrancy of Egypt’s cultural scene as a strategy to counter cultural uniformity, consumerism and an increasing intolerance for the marginal. It contributes to dialogue among people from different cultures through an intense process of artistic production. All of these spaces contribute to safeguarding Egyptian cultural memory, by researching and documenting the country’s intangible cultural heritage and encouraging the re-establishment of popular traditions and social festivals, which can inspire the creation of new forms as a strategy for self-sustainability. 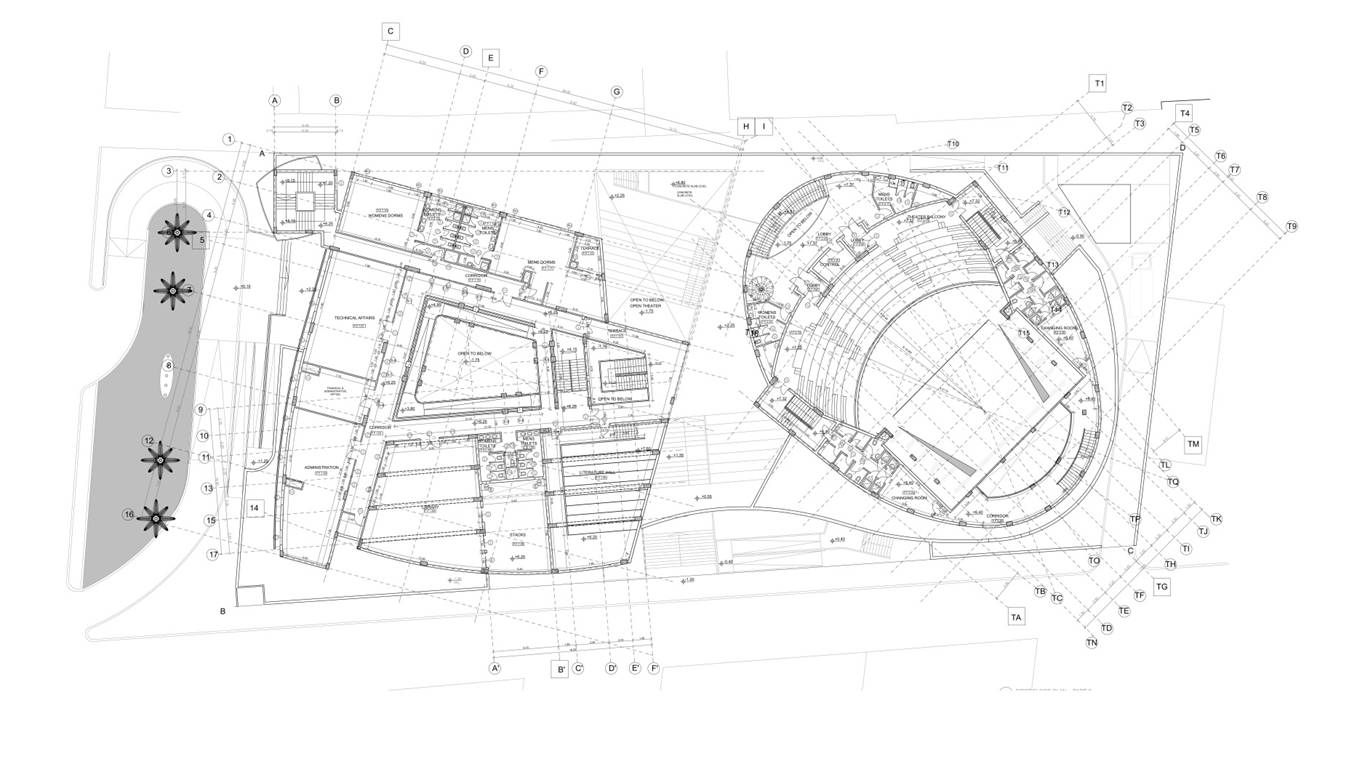 The project is partially funded by the European Union under the supervision of the Supreme Council of Antiquities.
The hammam consists of the typical three-part socio-spatial structure: cold room/changing room (maslakh); warm room/resting room (bayt awwal); and hot room (bayt al-harara), including subsidiary spaces, such as plunge pools (maghtas) and private washing cubicles (khilwas). For each hammam, a modest entrance adjoins one of the two main neighborhood thoroughfares.

The project aims are:
1-  The restoration and rehabilitation of the building and architectural ornaments, back to their original form, guided by the historical references;
2-  Refurbishing the building to its original use as a traditional public bath and as a prototype for other locations, especially since the bath will be used for its original purpose, while providing it with the necessary protection measures.
3-  Installing modern techniques in restoration and conservation.
4-  Utilizing environmentally sustainable measures for energy and water.
5-  Exhibiting the traditional water and energy systems, which reflect the old life style and its connection with the local community.
6-  Connecting the bath and its new usage with the local community, while fostering economic, cultural, social and health improvement.
7-  Expanding the vision from mere restoration of a monument to contribute to the comprehensive development of the neighborhood.
8-  Finding a new form of partnership between the Supreme Council of Antiquities and the various funding local institutions. The importance of this project lies in the concept of considering Islamic monuments as living heritage, thus guiding the rehabilitation strategy in a way that integrates the building into current societal life to insure sustainable conservation.

The project is conducted in cooperation with Magda Sibli, Professor of Architecture at Manchester University and Saudi Commissioner for Tourism and National Heritage. Rehabilitation and development of the Rijal Alma’a heritage village as a tourist attraction hub. This project includes the preparation of development strategies, urban design, landscape, conservation and rehabilitation of valuable buildings and urban context, and the design of a new visitor’s center and amphitheater. The project is expected to bring life back to an abandoned heritage, while providing employment opportunities for local residents, thus reducing immigration trends; it is an example of solidarity and cooperation among public and private sectors and the local community. It is also an example of an integrated economic, architectural, renovation and training project aimed at providing various benefits to the residents of the village, such as creating jobs, economic and investment opportunities, marketing local products, as well as fighting poverty. We respected the social, individual and cultural values of the Saudi local community, throughout the design process. The project also respects the natural environment in the site and the torrent spill, which is landscaped as a walkway to safeguard the existing natural environment. We used photocells above the buildings to optimize its performance with regard to functional requirements. We used motifs compatible with the existing environment and culture and to regenerate heritage, and local building materials to optimize financial outlay. This project is considered an educational benchmark for future projects of its type. 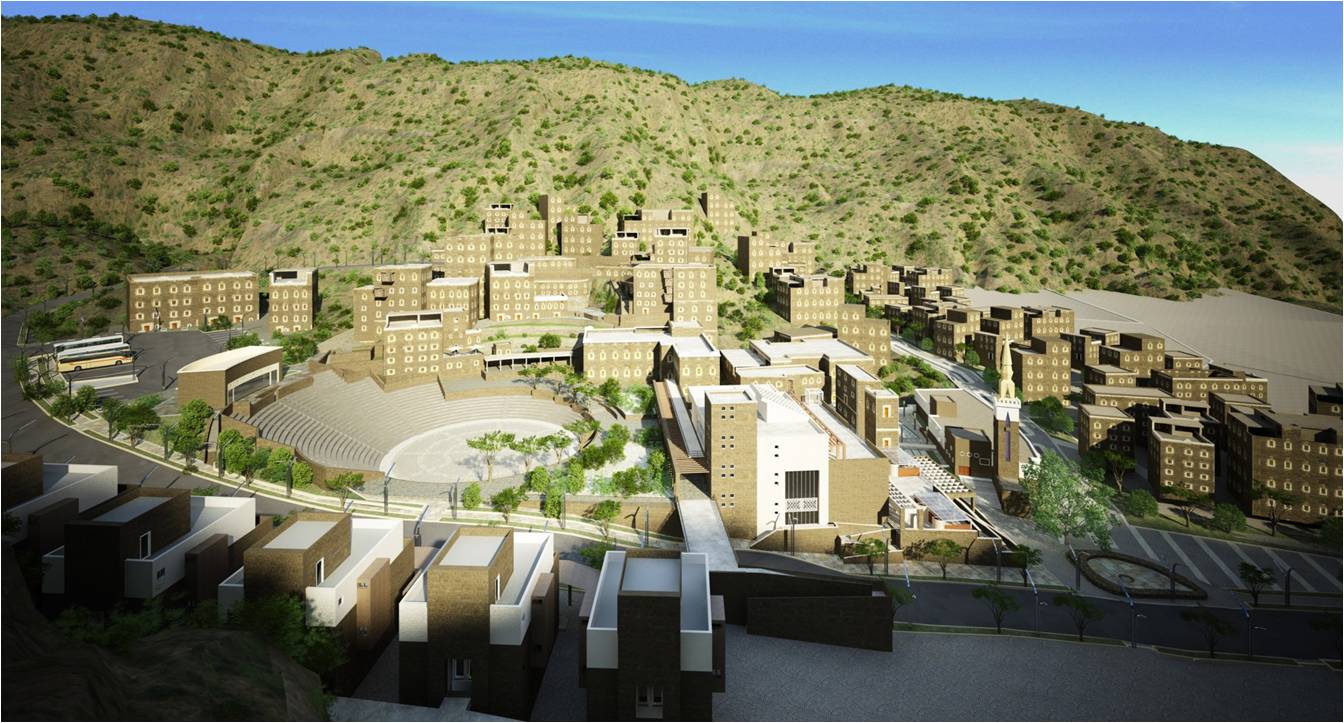 Dalila ElKerdany, Ph.D., is a practicing architect and has been professor of architecture at the Faculty of Engineering, Cairo University, since 2006. Since 2012, she has been also an adjunct professor at the American University in Cairo. She obtained her degree and M.Sc. In Architecture, as well as a Ph.D. in Architecture, from Cairo University in the years 1979, 1986, 1992. During the years 1989-1992, she was a visiting fellow at the University of California at Berkeley. From 2006 to 2014, she headed the Heritage Conservation Committee in the Port Said Governorate. She is an active member of the Historic Areas Committee in the Egyptian National Organization for Urban Harmony (NOUH). She is also a member of the Architecture Committee at the Egyptian Supreme Council of Culture. ElKerdany is involved in research as well as practice in the fields of conservation, heritage, and design. She is a recipient of many competition awards and actively involved in the architecture profession in Egypt.